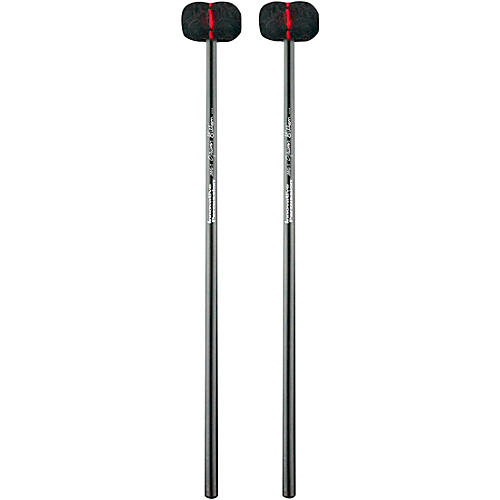 Join For Free
Share your location Order within 7 hrs 48 mins. 12 secs.
In Stock & Ready to Ship Orders placed before 3 p.m. ET usually ship the same business day (except weekends and holidays).
Ship to
Please enter 5 digits
Free Shipping Shipping and Delivery Times If we promise a delivery date and a delivery attempt is not made by this date, we will provide a refund of any shipping fees associated with your order. Questions? Call 800-449-9128
site1skuL47309000000001 false true Change Location

Jauvon Gilliam Series Timpani Mallets from Innovative Percussion are a great way to try what works for a master artist. Choose your level of hardness from the dropdown menu.

Jauvon Gilliam was named principal timpanist of the National Symphony Orchestra in 2009 at age 29. He is also timpanist of the All-Star Orchestra, a made-for-PBS group comprised of players from orchestras across the United States.

Prior to his NSO appointment, Gilliam was timpanist of the Winnipeg Symphony Orchestra for seven years. While in Winnipeg, he was also timpanist of the Manitoba Chamber Orchestra and, for a time, played drum set for the WSO pops series.

As an educator, Gilliam has taught clinics at universities and institutions across Canada and the United States, including the Aspen Music Festival and School, Interlochen Arts Academy, New World Symphony, and at the Percussive Arts Society International Convention. He is currently Co-Director of Percussion Studies at the University of Maryland, co-founder of the annual Washburgh Timpani Seminar and is a timpani coach for the National Youth Orchestra of the United States of America. His former students are currently performing in orchestras and teaching in high schools and universities across the United States and Canada.