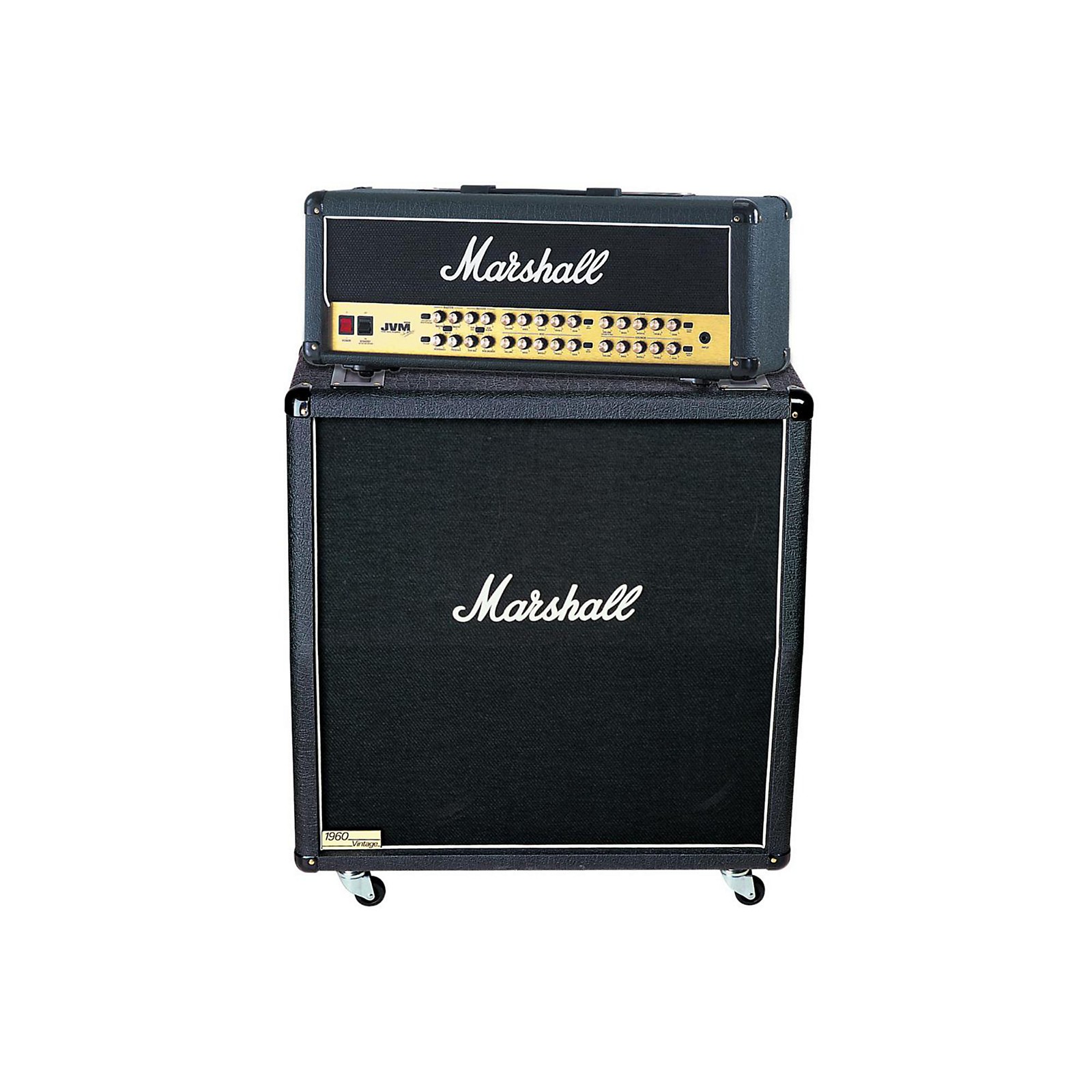 JVM410H HeadIn a nutshell, the Marshall all-valve, 4-channel JVM410H 100W tube head is the most versatile Marshall amplifier ever made. It also boast...Click To Read More About This Product

JVM410H Head
In a nutshell, the Marshall all-valve, 4-channel JVM410H 100W tube head is the most versatile Marshall amplifier ever made. It also boasts more gain than any other Marshall guitar amp head to date-and that's really saying something.

Each of its 4 channels-Clean, Crunch, OD1 & OD2-are not only completely independent of each other, they all boast 3 modes, all 12 of which are footswitchable and feature their own unique gain structure. It makes the JVM 4-channel effectively 12 Marshalls in one.

The JVM410H amp head has studio-quality digital reverb with a level control for each channel. This is also footswitchable, as are the amp's 2 Master Volume controls and the Series/Parallel effects loop. Resonance and Presence are equipped with master controls.

Even though the head and combo both house 28 controls and 8 LED switches on their front panels, they're incredibly simple to understand because of the extremely logical layout. Each of the 4 channels has the usual suspects when it comes to control-Volume, Bass, Middle, Treble & Gain-accounting for 20 of the 28 controls right away. Take away the four reverb controls and you're only left with 4 Master controls-2 Master Volumes plus Resonance & Presence.

Add to this an ingenious footswitch (UK patent pending) and the fact all the amplifier's switching (channel/modes, Reverb, Master Volume selection, FX loop) can be done via MIDI and you're looking at an incredibly flexible amp! The 6-way footswitch boasts 7 LEDs and memory, plus it connects to the amp via a regular guitar cable.

From the cleanest clean to the filthiest distortion ever found in a Marshall and all points in-between, the JVM410H all-valve guitar amp head will give you whatever tone you need right when you need it.

1960AV 4x12" Cab
Modelled on the 1960A, the 1960AV shares the same excellent build and aural characteristics. The difference is that the 280W 1960AV is loaded with Celestion G12 Vintage 70W speakers. These speakers have a smoother high-end response, which sounds warmer than the G12T-75s in the 1960A.

The mid range is well defined, providing plenty of chunk without getting too boomy, which lends itself to heavier, more aggressive rock genres. It has been said that the lower-frequency response of the 1960AV has a "tuneful" quality.