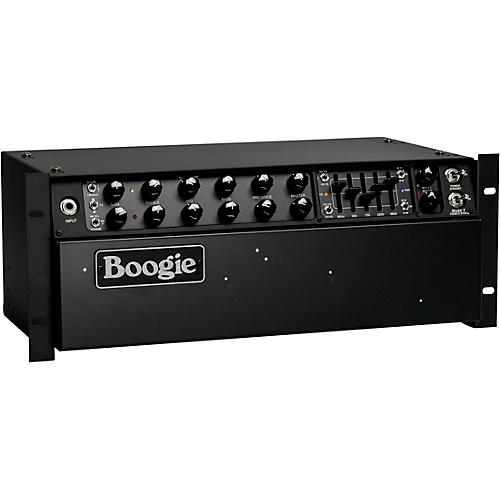 Join For Free
Share your location Order within 7 hrs 48 mins. 12 secs.
In Stock & Ready to Ship Orders placed before 3 p.m. ET usually ship the same business day (except weekends and holidays).
Ship to Change Location
Please enter 5 digits
Free Shipping Shipping and Delivery Times If we promise a delivery date and a delivery attempt is not made by this date, we will provide a refund of any shipping fees associated with your order. Questions? Call 800-449-9128
site1skuL84376000001000 true MFI=0 true Change Location

New Item!
Pre-order yours today – No charge until it ships
preorder New

The light-middleweight contender that packs a punch.

Following a 35-year tradition of 4xEL-84-based power with successful models such as the Caliber, Maverick, Nomad and Lone Star, Mesa/Boogie is proud to add the legendary and first-ever Mark preamp to the 9-Pin power lineup and introduce the Mark Five: 35. This light-middleweight is an upgraded rendering of their recent smash hit, the mini-platform Mark Five: 25, and in much the same vein, the new 35 is boxing far above its class.

To further bolster the new Mark Five: 35's stage-ready resume, they've added a channel independent solo feature, a long-spring tank for the all-tube reverb, the complete set of voicing choices from their CabClone with the addition of the Vintage setting to its on-board DI output and an upgraded footswitch for access to the new footswitchable choices. This new blend of perfect clip-ablity on demand and exciting, dynamic headroom when you need it creates the most adaptable Mark amplifier yet.

Utilizing their Dyna-Watt technology within the multi-watt channel assignable power array, this performance-oriented model offers substantially more headroom, punch and power in 35 watts, while two low-power options, 25 and 10 watts, provide a looser feel and enhanced power clip expression. Each of the three power level settings has its own sonic character and can be used to further authenticate the sound styles you are aiming at with your mode choices and preamp settings. The power ranges and wiring styles are: 35 Watt (Dyna-Watt power), 25 Watt (Dyna-Watt power) and 10 Watt (class AB triode.)

The Mark Five: 35—like the Mark Five it’s born from—is at heart a collection of iconic amplifiers, comprising a living history of Mesa/Boogie. Channel 1 covers the entire gain spectrum from chiming, tight, clean sounds, through furry, edge-of-clip, to classic rock crunch and all the way up to burning, saturated, lead sounds. Channel 2 delivers the legendary Mark II-C+ and warmer, rounder Mark IV in all their glory and the Xtreme Mode from the Mark Five.

To round out the two-channel, six-mode preamp and lightweight but mighty sounding power section, the Mark Five: 35 is available as both a 19” traditional “boogie size” head and a portable 1x12 Combo. The head can sit atop a number of Mesa/Boogie Extension cabinets and the Combo can be coupled with an additional Extension as well for greater coverage. And to further enhance your enjoyment of either of these formats, a wide range of covering options may be chosen from their custom vinyl and leathers as well as exotic hardwood cabinetry.

You'll find added tone shaping in Channel 1 via the Mid/Boost feature on the Mark Five: 35. From 0 to 5 on the Mid/Boost, play with the normal range of a standard mid control in a condensed form. From 5 to 10 on the Mid/Boost, a dynamic graduation of overdrive possibilities unfolds, enhancing gain over a broad midrange spectrum and increasing the versatility of each of the three modes in Channel 1. Clean and fat give way to furry and howling, while crunch rolls past classic rock to unleash metal rhythms and molten layers of harmonic complexity for lead work.

The classic Mesa/Boogie 5-Band Graphic EQ provides the ultimate in sonic flexibility. Dial your sound in with the standard tone controls. If further shaping is desired, employ the targeted power of the 5-Band Graphic EQ and tweak as you see fit.

The Mark Five: 35 incorporates independent solo controls that allow each channel to have its own level for the solo footswitchable boost feature. On this 35-watt Mark rendering however—unlike other Mesa/Boogie amplifiers—the solo feature is really an alternate master control wired in parallel with the channel master and therefore can achieve levels above or below that of the channel master controls. A “Preview” feature is built into the footswitch that indicates the status of the solo control of the channel you are not playing through. A dim yellow LED above the solo button of either channel on the footswitch indicates the solo is called up and will be active when you next engage that channel. At that time, the LED on the footswitch will illuminate full strength and change color to match the channel’s LED color (green for Channel 1, red for Channel 2) and the solo will determine the channel’s volume level until you switch it off and return to using the channel’s master control.

The Mark Five: 35 includes a headphone output for personal enjoyment of the amplifier when it is not possible or convenient to play through a speaker. This jack derives its “speaker simulated” signal from the included CabClone D.I. feature and delivers a solid rendering of the Mark Five: 35’s sound and feel to your headphone set of choice. Use this output for late-night practicing as it offers an authentic and inspiring tone and feel by including your power tubes and output transformer in the signal path, and is then frequency compensated and level matched courtesy of the on-board CabClone D.I. circuitry.

The Mark Five: 35 upgrades include additions to the on-board CabClone D.I. feature, which now offers three classic “cabinet simulated” voicing modes and gives you the full feature set of the stand-alone CabClone D.I. minus the output control. The simulations are an analog representation achieved through passive means (without op-amps to add gain for shaping) and were created using Mesa/Boogie's 45 years of experience co-designing custom speakers with the world’s top makers, and designing custom cabinets to load them in.

These CabClone “virtual-cabinet” options allow you to tailor the direct circuit’s EQ response for different cabinet styles, gain regions and/or different instruments and pickups. The choices range from bright and open with enhanced top end for buffed clean sounds (Open Back), to a more compressed voice with the upper harmonics shelved for warm, singing single note sounds and thick high gain rhythm work (Vintage), to a scooped midrange and boosted top and bottom response curve (Closed Back) that excels for heavy crunch rhythm and high-gain lead work.

Among these three voicing options on the Mark Five: 35, you have a broad spectrum of responses to choose from when going direct. How you wish to apply them is up to you and these descriptions merely offer a starting point. Regardless of how you dedicate them to your channels for your recording needs, you'll have all the power needed to capture great guitar sounds direct.