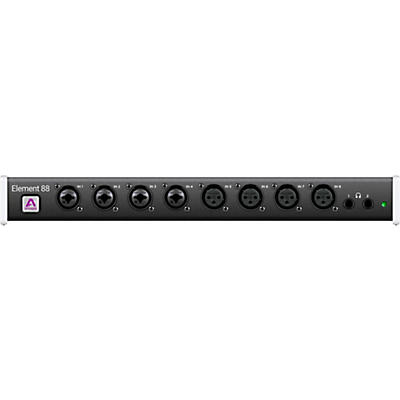 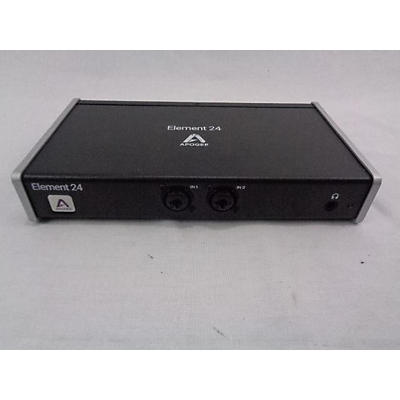 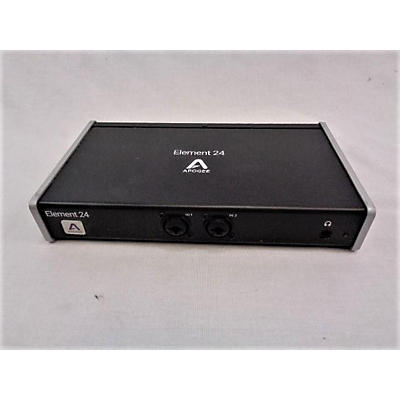 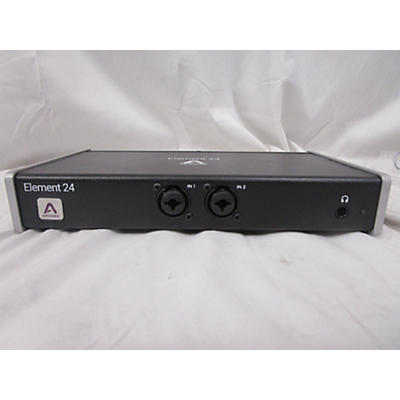 When an anniversary rolls around, it's time for a party, and Apogee likes to deliver its parties in the form of sweet new hardware. For their 30th birthday in 2016, they released the Apogee Element Thunderbolt interfaces, and we couldn't have asked for a better gift. Not only do they deliver sound quality inherited from the world-class Apogee Ensemble Thunderbolt hardware; they're also the debut interfaces for Apogee's new control system that offers a powerful set of hardware and software options to work with. The Element series brings round-trip latency below 2ms when using Logic Pro X, and has some great built-in toys, including professional-grade mic preamps and more.

Before you can take advantage of all the Apogee Element goodies, you will of course have to decide which model is the best fit for your needs. Like any line of interfaces, the choice comes down mostly to connectivity. Kicking things off is the Element 24, with 10 inputs, 12 outputs and a minimalistic connection layout aimed at individual musicians and hobby studios. The Element 46 comes next, in the middle, with a few extra jacks supporting a total of 12 inputs and 14 outputs. Finally, there's the biggest model, theApogee Element 88, with 16 channels in and out. All three come with Apogee Groove-powered headphone output, combi-jack inputs, balanced XLR outputs, BNC word clock connectors and optical jacks. The Element 88 builds even further on those with the addition of XLR inputs and balanced 1/4" outputs.

So which Apogee Element interface is right for you? If music is your pastime, you might lean more toward the Element 24 and Element 46. If it's your bread and butter, maybe the Element 88 is the way to go. There's no rule set in stone; it's up to you to decide what works for your setup. The only thing that's certain is that if you use a Mac, Thunderbolt is the top choice for a new interface. It's the latest and greatest connection on a Mac, and its performance leaves USB in the dust. The Element series is a worthy place to find your Thunderbolt interface, and with the option to expand with the Element Control software and mobile app or even a hardware remote control, there's definitely room to grow.