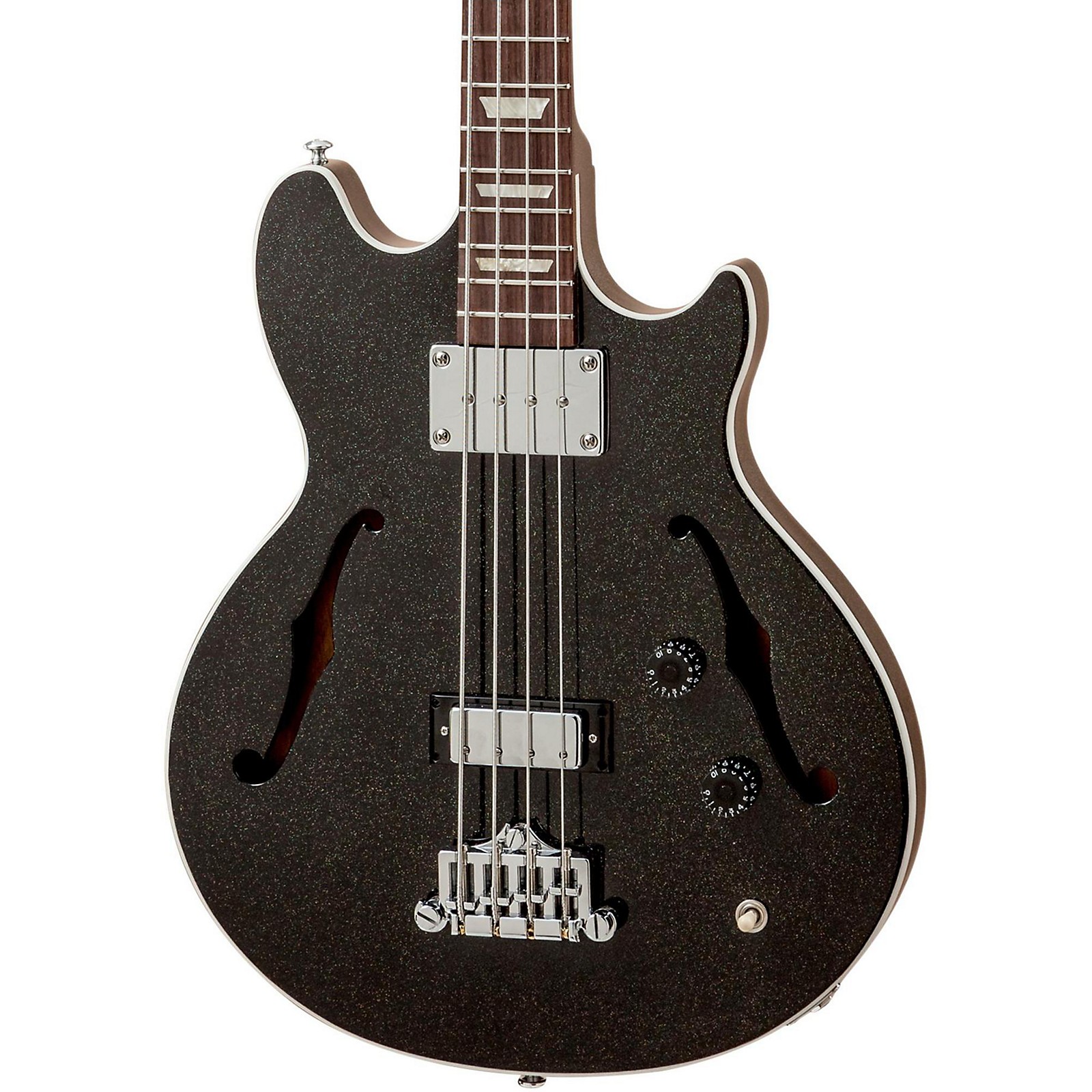 With echoes of the great semi-acoustic EB basses of the past, and following the popularity of the ES-335-inspired Midtown guitar line, the 2014 Midto...Click To Read More About This Product

A semi-hollowbody that helps commemorate 120 years of Gibson excellence.

With echoes of the great semi-acoustic EB basses of the past, and following the popularity of the ES-335-inspired Midtown guitar line, the 2014 Midtown Standard Bass from Gibson USA brings a new level of class, tone, and versatility to the low end. This full-scale bass is entirely Gibson through and through, yet all new, too. While it looks like the traditional thinline ES-style instrument, it is actually made from routed solid woods rather than a laminated top, back and sides with a solid center block, for sonic solidity, punch, sustain, and resistance to feedback previously unavailable in a semi-acoustic bass. A mix-and-match set of two classic Gibson bass pickups gives the Midtown Standard Bass unprecedented tonal flexibility, and Gibson USA's renowned craftsmanship yields flawless playability, making this bass the perfect choice for rock, jazz, funk, blues, or any conceivable style of popular music. All this and the Midtown Standard Bass oozes pure Gibson class in a choice of hand-sprayed nitrocellulose finishes.