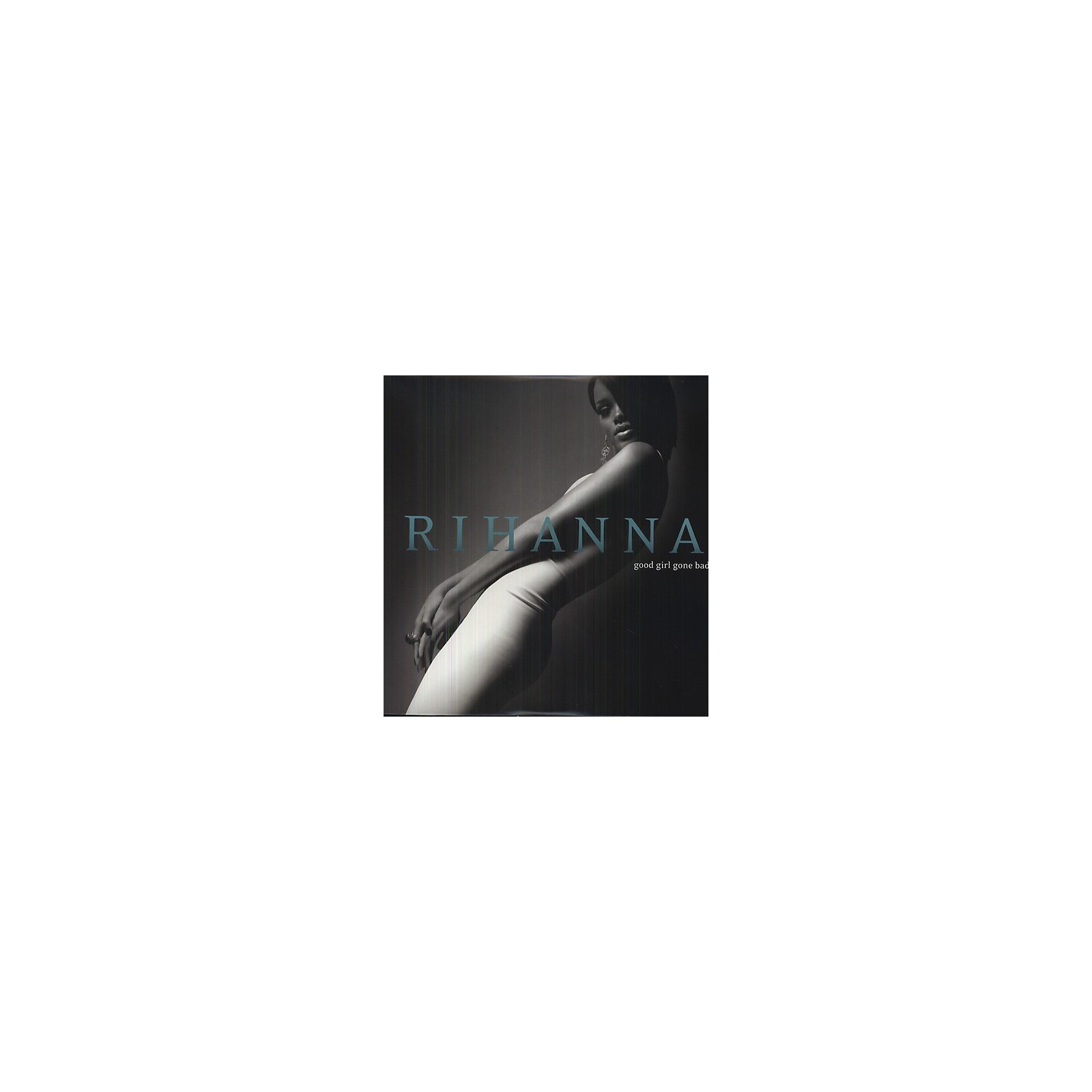 Release Date:06/05/2007;Notes:Good Girl Gone Bad is the third studio album by Barbadian recording artist Rihanna. It was released on May 31, 2007, by...Click To Read More About This Product

Release Date:06/05/2007;Notes:Good Girl Gone Bad is the third studio album by Barbadian recording artist Rihanna. It was released on May 31, 2007, by Def Jam Recordings and SRP Records. Rihanna worked with various producers on the album, including Christopher "Tricky" Stewart, Terius "Dream" Nash, Neo da Matrix, Timbaland, Carl Sturken, Evan Rogers and StarGate. Inspired by Brandy Norwood's fourth studio album Afrodisiac (2004), Good Girl Gone Bad is a dance-pop, pop and R&B album with 1980s music influences. Described as a turning point in Rihanna's career, it represents a departure from the Caribbean sound of her previous releases, Music of the Sun (2005) and A Girl like Me (2006). Apart from the sound, she also endorsed a new image for the release going from an innocent girl to an edgier and more sexual look. Critics gave generally positive reviews of the album, praising it's composition and Rihanna's new musical direction, though some criticized the record's lyrics and inconsistency. The album received seven Grammy Award nominations and one win in the Best Rap/Sung Collaboration category for "Umbrella" at the 2008 ceremony. The album debuted at number two on the US Billboard 200 chart and sold 162, 000 copies in it's first week. Certified double platinum by the Recording Industry Association of America (RIAA), it sold more than 2.8 million copies in the United States. The album reached number one in Canada, Switzerland and the United Kingdom, and according to Mediatraffic it has sold 8.5 million copies worldwide, being so the best-selling album of her career. Good Girl Gone Bad spawned five singles, including the international hits "Umbrella" and "Don't Stop the Music" Rolling Stone placed the former at number 412 on the magazine's 500 Greatest Songs of All Time list. In support of the album, Rihanna embarked on her first worldwide concert tour, the Good Girl Gone Bad Tour. The album was reissued as Good Girl Gone Bad: Reloaded in June 2008 with three new songs, including the Billboard Hot 100 number-one hits "Take a Bow" and "Disturbia". It was followed by Rihanna's first remix album, Good Girl Gone Bad: The Remixes, in January 2009, which featured remixes from Moto Blanco, Tony Moran, the Soul Seekerz and the Wideboys.;Track List:1. Umbrella - Jay-Z Rihanna;2. Push Up on Me;3. Don't Stop the Music;4. Breakin' Dishes;5. Shut Up and Drive;6. Hate That I Love You - Ne-Yo Rihanna;7. Say It;8. Sell Me Candy;9. Lemme Get That;10. Rehab;11. Question Existing;12. Good Girl Gone Bad