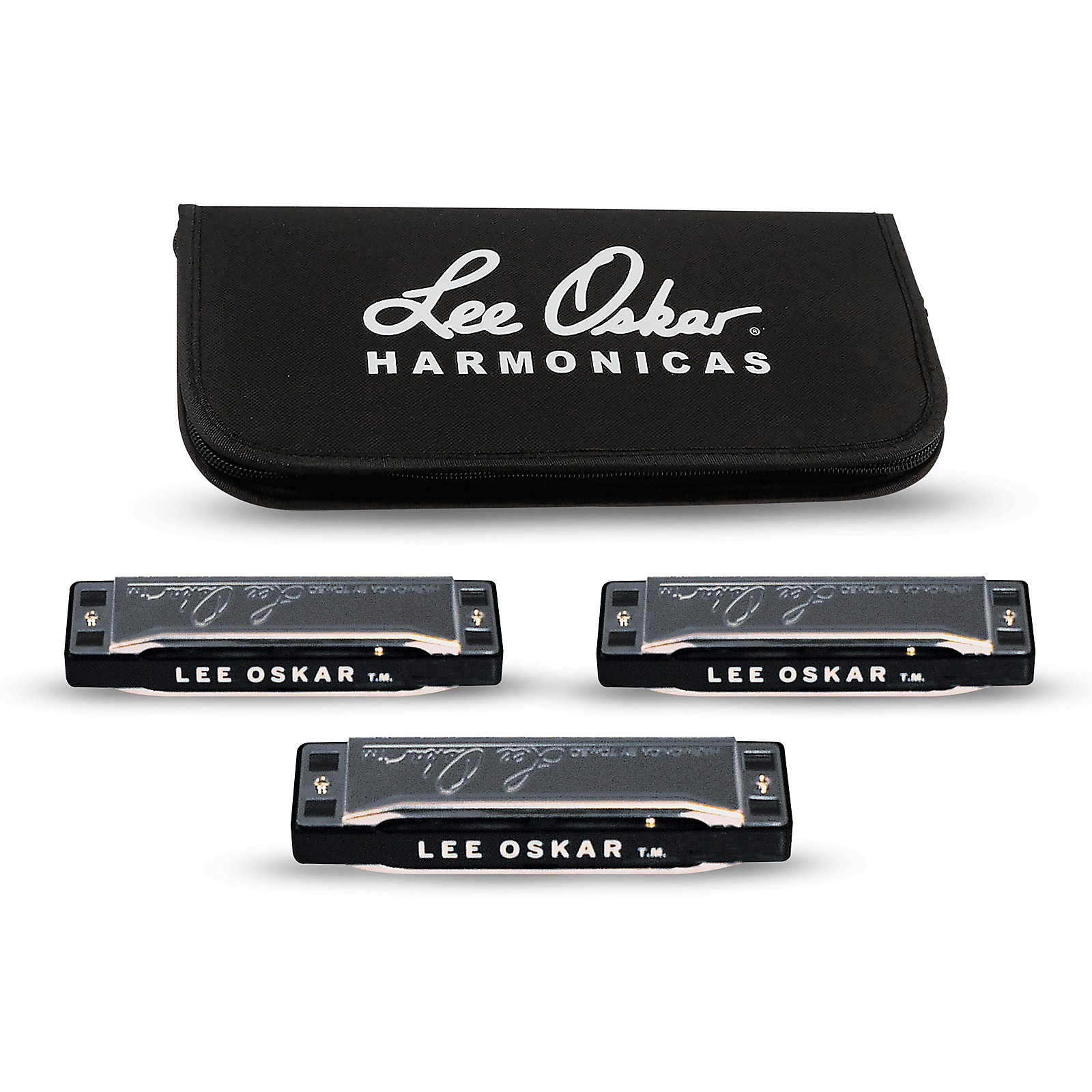 Well-suited for blues, rock, country, folk, and jazz. They're more airtight, easier to bend, and better sounding than many harps. Built in Japan...Click To Read More About This Product

The common keys for blues and rock.

Well-suited for blues, rock, country, folk, and jazz. They're more airtight, easier to bend, and better sounding than many harps. Built in Japan to his exacting standards and incorporating new techniques and materials, it was in 1983 that Lee Oskar introduced his new harmonica. The radically different harp design grew out of Lee's frustration with the lack of quality and consistency in the mouth harps of the day. The design also benefited from Oskar's insights as a seasoned recording and touring pro. Central to Oskar's design is a smooth plastic comb that doesn't swell like traditional wood combs. Aside from being easier to keep clean, the plastic comb is impervious to the swelling of conventional harmonica wood combs that can tear up the player's lips. By making affordable replacement reed plates available, Oskar's harps can be easily refurbished. You no longer need to toss out a harmonica because a reed or two has gone south. Replacement reed plates are available for every model in the Lee Oskar harmonica lineup and installation is easy since they mount to the comb with just three self-tapping screws. The reed plates have wide chambers and narrow dividers for faster, easier playing. A precision-molded, recessed bed holds the reed plate securely to prevent air leakage and project a bigger sound. The corrosion-proof, stainless steel cover plates are also engineered for excellent projection and tone. (Replacement cover plates are also available.) Lee Oskar harmonicas are tuned to 441-plus hertz for a brighter sound. With equal tuning by octaves, Lee Oskar harps have excellent intonation for blowing highly articulate, single-note leads.More Keys and ModesLee's innovation didn't stop with a better-designed harp. Recognizing the need for harmonicas tuned in other than the major and natural minor diatonic scales, he introduced the Melody Maker and Harmonic Minor series that make it easier to play melodies difficult if not impossible to play with a standard diatonic harmonica. Another indication of Oskar's hard-won knowledge as a touring pro: Each harp is clearly marked in bright white on both ends with its first- and second-position (straight and cross-harp) keys. Each harmonica box is color-coded according to its series and also displays its key prominently. If you've ever struggled to find the right harp on a darkened stage, you will appreciate this simple yet essential touch. About Lee OskarEven if you don't recognize Lee Oskar by name, if you've listened to pop radio much, you've probably heard his highly personal mouth harp style on War hits like "The Cisco Kid," "Low Rider," and "Why Can't We Be Friends." Oskar's staccato phrasing and uncanny tone-put to great use blowing horn-like unison riffs with saxman Charles Miller-gave War's funky stew of Latino, Caribbean, African, jazz, rock, and R&B elements a distinctive lead voice. This was especially true after the departure of vocalist Eric Burdon. The former Animals singer had been a focal point for War on early hits like "Spill The Wine." The band's eclectic and fluent mix of genres proved a rich fount leading to a string of '70s and '80s hits, usually with Oskar's distinctive harp riffs providing the signature sound.


The correct harps for playing blues and rock in A,E and G. Three harps with soft case. Order today.