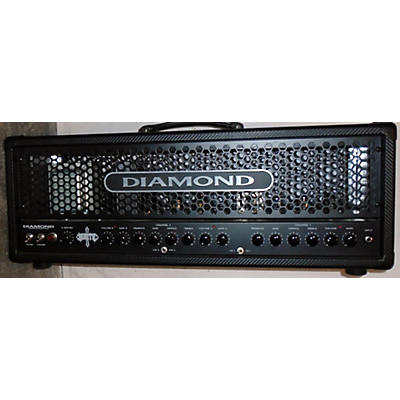 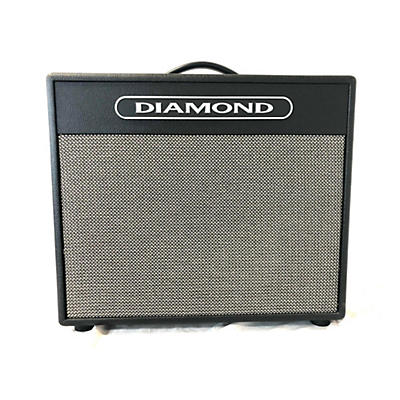 Compared to the original names in guitar amplifiers, Diamond Amplification is a very new player on the scene. But don't let that fool you - there's a reason that Diamond has been able to gain a foothold in today's incredibly competitive amp business. Since their introduction in the 2006 summer NAMM show, Diamond Amplification guitar amplifiers have been sought after by guitarists everywhere. That's because these Texas-built, hand-crafted amps have raised the bar on what a modern guitar amp should be. Diamond builds its guitar amps with heavy use in mind. As it should be, unmatched tone is the number one priority. Touring is also a major consideration, so Diamond's amps are built tough enough to stand up to conditions on the road. Whether that means a worldwide tour making headlines in a different country each week or just a modest statewide road trip, you can count on a Diamond amp to take it all in stride.

If you're a fan of rock, you've likely already heard the beefy sounds of a Diamond Amplification guitar amp head. Played by Godsmack's Tony Rombola and Sully Erna, Def Leppard's Vivian Campbell and AFI's Jade Puget, just to name a few, Diamond amps are rocking audiences wherever there are audiences to rock. The right Diamond for you is a matter of the sound you prefer: the Hammersmith USA Custom Series for crunchy British-inspired tones, for example, or the unbelievable gain of the Nitrox. The potential impact of these guitar amp heads on your sound simply cannot be overstated.

For a guitarist in need of a slightly more portable amp, Diamond's combo models are ready and raring to go. Take the Balinese USA Custom Series 25W Tube Guitar Combo Amp for example. Cathode-biased and wired by hand, this amp is named after ZZ Top's classic 1975 song and is styled both inside and out based on that era's famous tweed amps.

Diamond Amplification's specialty is guitar amp heads, and the variety of unique-sounding models they have to offer has allowed them to find their way into every genre from pop-country to power metal. These amps - and the speaker cabinets that go with them - have no compromises and no concessions, just top-shelf build quality and world-class tone that any guitarist should be proud to own.