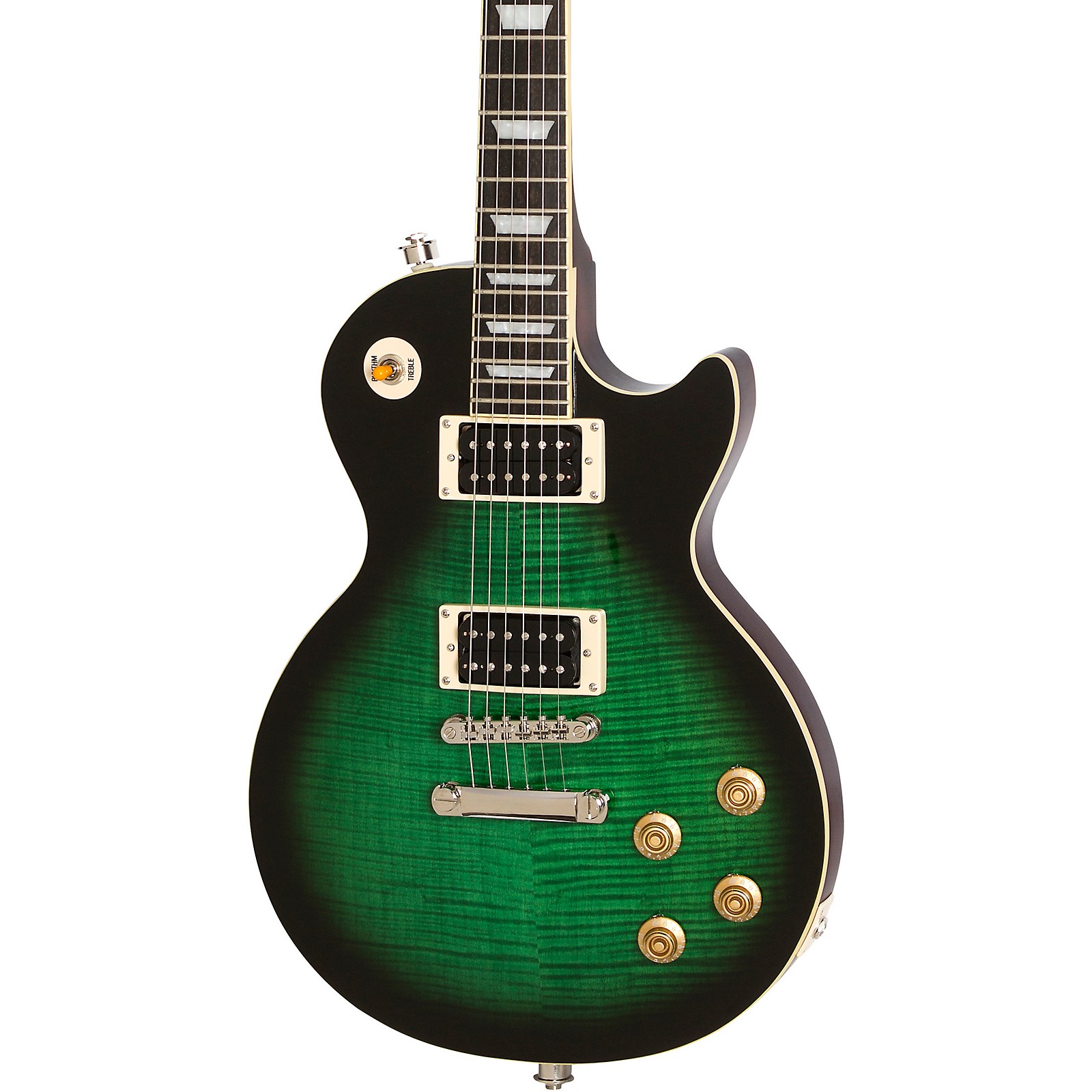 Both the body top and fingerboard have single-ply cream finish and no pickguard for a clean, sleek look. The deep-set hand-glued mahogany neck has Slash’s favorite rounded profile with an ebony fretboard, a 12" radius, standard 24.75" scale, and 22 medium jumbo frets. The traditional Epiphone Clipped-Ear headstock has a standard 2-way adjustable truss rod. And Slash’s “Snakepit” logo is printed in gold on the back of the headstock.

For this Epiphone signature Les Paul, Slash chose his favorite Seymour Duncan "Slash" Humbucker open-coil black pickups. As Slash explained on the Seymour Duncan website: “From working in a music store and having them replace pickups all the time, I discovered that Seymour Duncan made the best pickups. So when I got the Les Paul with the Seymour Duncans in it, I knew that those pickups were going to be killer. It was just this particular model – the Alnico II Pro...they’ve been the main pickups in my Les Pauls ever since.” Standard controls for each pickup’s volume and tone feature traditional Gold Top Hat knobs. Tone controls for both pickups also feature Sprague "Orange Drop" capacitors just like those found in rare vintage Les Pauls.

Only 900 pieces worldwide. Order yours today.