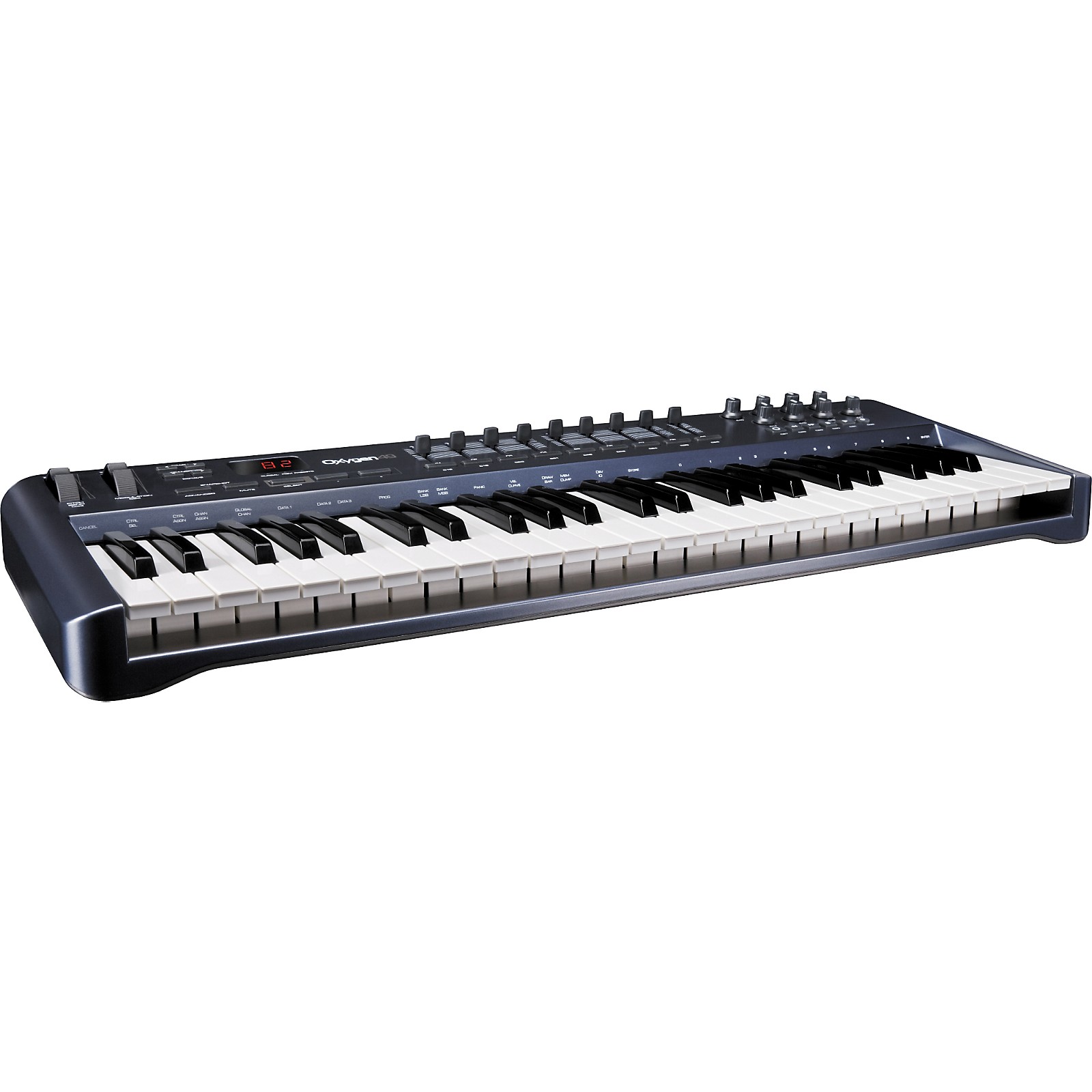 The Oxygen 49 USB MIDI Keyboard Controller delivers next-generation functionality from M-Audio, an innovator in mobile music production technology. The Oxygen 49 features eight assignable knobs and nine assignable sliders, plus dedicated transport and track select buttons. DirectLink mode automatically maps these controls to common DAW functions including transport, mixer, track pan, and plug-in parameters. Built-in factory presets offer support for popular virtual instruments right out of the box so there's no complicated setup required. Velocity-sensitive keys and a sleek, compact design round out a portable 49-note keyboard that's perfect for both production and performance. No other MIDI controller in this price range has so much functionality while remaining easy to use.

Streamlined session control:
Featuring eight assignable knobs, nine assignable sliders, dedicated transport controls, and track up and down buttons, the M-Audio Oxygen 49 gives you total control over your session, allowing you to stay engaged in the creative flow of recording and mixing music rather than being interrupted by the constant back and forth between a QWERTY keyboard and a MIDI controller. DirectLink mode automatically maps Oxygen 49 controls to common DAW parameters while factory presets provide instant mapping to popular virtual instruments including Xpand!2, Hybrid, Velvet, Strike, Oddity, ImpOSCar, and MiniMonsta. Use the dedicated select buttons to quickly switch MIDI channels and presets for tactile control over multitimbral hardware and software instruments. Interfacing a MIDI controller with your music software doesn't get any easier than this.

Professional quality:
M-Audio is a pioneer in the category of mobile MIDI keyboard controllers. Thanks to continued innovation over the course of nearly a decade, you'll find that the Oxygen 49 keyboard controller has a solid, reliable build and puts as much musicality into the keyboard as it does into the complement of other MIDI controls.

Pro Tools compatible:
The M-Audio Oxygen 49 MIDI controller offers out-of-the-box integration with Pro Tools software, which is the industry-standard DAW found in professional, project, and personal studios around the world. With DirectLink, the Oxygen 49 controls instantly map to key parameters on the Pro Tools Mixer, Edit and Transport windows, as well as the powerful suite of virtual instruments bundled with Pro Tools. Together, Oxygen 49 and Pro Tools software provide streamlined workflow in a formidable system with tons of interface options and industry-standard file compatibility.