SEE ALL THE DEALS

New From Ibanez New From Martin 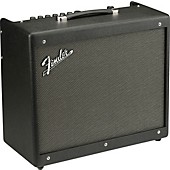 This year's new gear is here, straight from the 2020 NAMM Show. There have already been some sneak peeks and early announcements made for new products that launch officialy during the show. The NAMM (National Association of Music Merchants) Show is the world's largest event for the music products industry. NAMM 2019 takes place from Thursday, January 16 to Sunday, January 19 at the Anaheim Convention Center in Anaheim, California. Each year at NAMM, exciting innovations in musical instruments, live sound, DJ, recording and more. If you don't have a pass for this trade-only event, you can check out coverage from the convention floor and browse all the new products right here at Musician's Friend.

NAMM is a who's-who affair, where the most famous artists and musicians, as well as the most influential producers and engineers, are among the over 100,000 people who will be in attendance throughout the weekend. The real stars, however, are the products. Over 7,000 brands are present at NAMM premiering their latest gear. The most anticipated products from major manufacturers—like Fender, Roland, DW, Pioneer and Universal Audio—and eye-catching new designs from emerging boutique brands are all being unveiled. The NAMM 2020 events calendar includes social gatherings, awards, concerts, and educational opportunities.

Among the early NAMM 2019 launches were Martin Modern Deluxe Series, Woodstock Anniversary acoustic guitars, and updates to the Road Series and Dreadnought Junior. Orange announced the TremLord 30 combo amplifier. We've also saw the Fender American Performer Series take off. It's Fender's most affordable line of guitars made in the USA. Taylor also has an exciting announcement in acoustic guitars. Previously at NAMM we've seen them launch the T5z Pro, now available in Pacific Blue, and Grand Auditorium guitars. We're betting it's more exciting than just a Grand Auditorium in Pacific Blue.

Among the NAMM 2018 launches were the Fender American Original Series and the Martin 2018 Standard Series, which both take time-honored designs and blend in modern playability. In the world of amps, BOSS has made forward-thinking additions to their popular Katana line with the Artist and Air combos, and Marshall has unleashed the next generation of their flagship DSL series. There were also unique launches happening from other top brands. In acoustic and electronic drums, there are new products and lines from TAMA, Zildjian, Vic Firth, Roland and many more. We saw new, affordable recording solutions like the Universal Audio Arrow, new Focusrite Clarett interfaces and the Adam Audio T Series monitors, which all leverage advanced tech from each company's top-of-the-line products.