Join For Free
Share your location Order within 7 hrs 48 mins. 12 secs.
In Stock & Ready to Ship Orders placed before 3 p.m. ET usually ship the same business day (except weekends and holidays).
Ship to
Please enter 5 digits
Free Shipping Shipping and Delivery Times If we promise a delivery date and a delivery attempt is not made by this date, we will provide a refund of any shipping fees associated with your order. Questions? Call 800-449-9128
site1skuJ52654000000000 true MFI=0 true Change Location 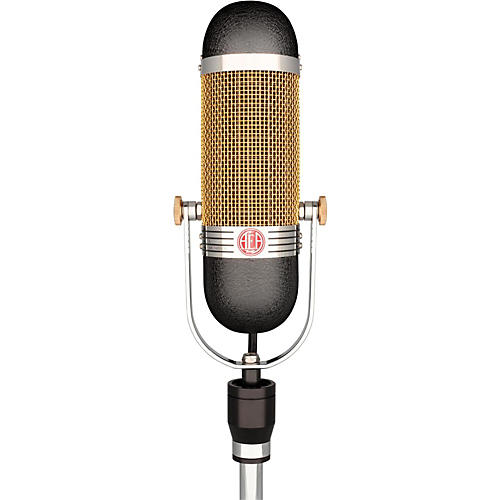 The R84A is a pill-shaped, side-address, phantom-powered ribbon microphone with a bidirectional (or figure-of-8) pickup pattern. It is assembled with the same Big Ribbon and tuning (16.5Hz) as the R44 and shares many of the unique sound characteristics with its historic predecessor. With phantom-powered JFET electronics and a custom German transformer, the R84A achieves optimal performance with a wide choice of preamps ranging from vintage high-end models to USB audio interfaces in home studio setups. Designed to accommodate distant and medium miking duties, it exhibits a flat frequency response when placed 3 feet (1 meter) away from the source. As a result, the mic performs well on a variety of recording applications including vocals, brass, strings, woodwinds, guitars and drums. The R84A ribbon microphone continues to gain followers with its natural sound, articulate midrange and forgiving nature. Whether used for vocals or instruments, its performance is intimate, warm and detailed, yet never harsh.

Bleed Resistant
A significant and ever-present challenge in contemporary studio recording is minimizing “bleed” (also called “leakage” or “crosstalk”) from nearby instruments into the various microphones. The deep nulls of bidirectional ribbon microphones provide good rejection of unwanted sounds, which also can be beneficial in sound reinforcement situations where feedback is always a threat. While gobos can be effective in isolating performers from each other, they introduce their own set of problems—not the least of which are reflections in close proximity to the performers and/or microphones that result in comb-filter distortions. Since gobos usually are bulky, they also inhibit the ability of the musicians to hear and see each other easily. Such a setup requires complex headphone monitor mixes for the musicians.

Proximity Effect
Proximity effect is a characteristic of all directional microphones; it is a rise in low-frequency response that increases at closer working distances. While this can be used to good effect, particularly with male voices to give them an enhanced richness and depth, the potential trade-off is reduced articulation or clarity that can result from the masking effect on the treble due to “excessive” bass boost. The proximity on this mic effect begins at six feet (1.8 m) and can become huge. The RCA 44 was developed when studios were larger and mics were rarely used close up. The R84A has a more moderate proximity effect, better suited for closer use in contemporary studios. Designed to accommodate distant and medium miking duties, exhibits a flat frequency response when placed 3 feet (1 meter) away from the source.

This will be a centerpiece of your studio. Order today.