Join For Free
Share your location Order within 7 hrs 48 mins. 12 secs.
In Stock & Ready to Ship Orders placed before 3 p.m. ET usually ship the same business day (except weekends and holidays).
Ship to
Please enter 5 digits
Free Shipping Shipping and Delivery Times If we promise a delivery date and a delivery attempt is not made by this date, we will provide a refund of any shipping fees associated with your order. Questions? Call 800-449-9128
site1skuL56720000000000 true MFI=0 true Change Location 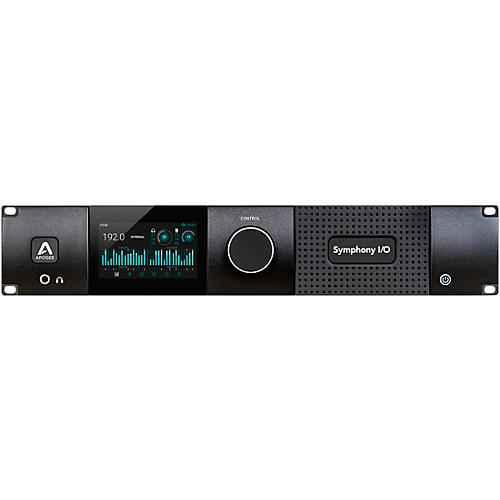 No other Dante-enabled audio interface offers this level of quality, flexibility and modularity. Symphony I/O Mk II Dante Highlights Modular and Configurable The Symphony I/O Mk II Dante option card uses Audinate’s Brooklyn II module which features plug-and-play media networking for up to 32 bidirectional channels at 96kHz and 16 bidirectional channels up to 192k. The system can be configured with a number of custom options ranging from 8-32 analog I/O channels. Symphony I/O MK II Dante allows up to 32 channels with ProTools and redundant Dante connectivity to be fitted into a single two space rack device providing the smallest footprint available with this feature set.

About Dante
Developed by Audinate, Dante enables digital audio distribution over standard Ethernet networks. Dante allows audio, control, and all other data to coexist on the same network in an ultra-low latency environment and with near-perfect synchronization. The Dante Controller software and network management features make even the most complex network configuration quick and easy.