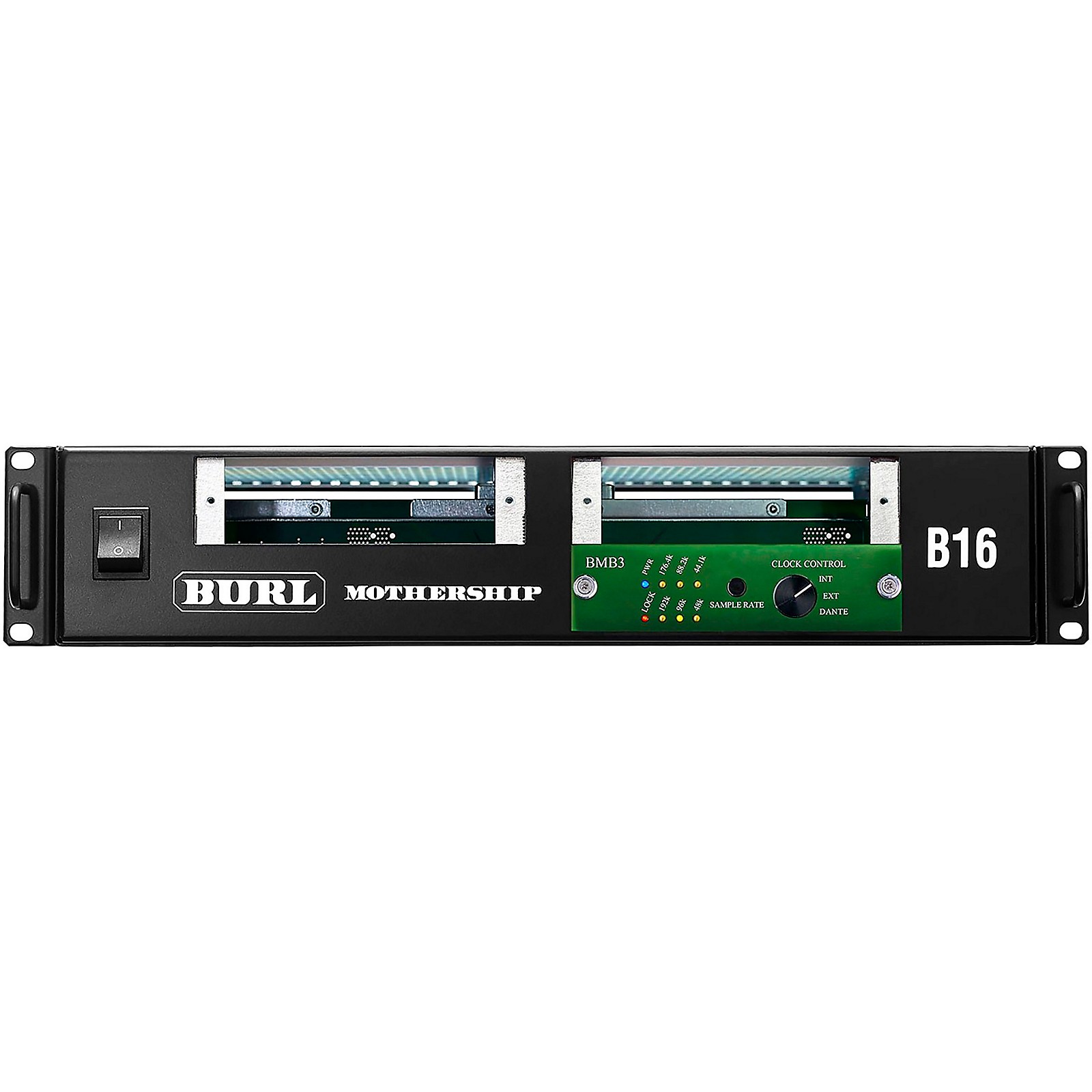 Building on the technology of the two-channel B2 BOMBERS, the B80 MOTHERSHIP was forged from BURL AUDIO’S deep dedication to analog class-A circuitry...Click To Read More About This Product

A bridge between analog and digital.

Building on the technology of the two-channel B2 BOMBERS, the B80 MOTHERSHIP was forged from BURL AUDIO’S deep dedication to analog class-A circuitry. The result is not only heard, but also felt. The MOTHERSHIP stands out because it does not sterilize the source.

The B80 MOTHERSHIP AD/DA converter has up to 80 analog channel capability. Using a card-based system, and a heavy-duty 4U chassis, the B80 MOTHERSHIP employs 10 card slots with 4 and 8 channel AD/DA cards, all with class-A, discrete electronics without any integrated circuits or capacitors in the signal path. The B80 MOTHERSHIP is the result of tireless research and development. The no-compromise design strategy is immediately apparent in the quality.

Recording an entire band and playing back through the B80 MOTHERSHIP is a beautiful experience. With a completely configurable AD/DA interface, a converter for any situation can be realized. If you’re a mix engineer, load up the B80 with 8 BDA8 cards and a BDA4M for 68 channels of mind-blowing fidelity. If you track live, 8 BAD8 cards will give you 64 line-level inputs, or 10 B4 Mic Pres loaded up in a single B80 Chassis will give you 40 channels of Mic Pre AND A/D conversion.

No more cascading units with multiple word clocks. All channels can run off of one internal master clock. If you do need more channels, multiple B80 chassis run flawlessly with tight clocking. With each BCLK card, add 9 additional word clock outputs per slot. 92 total word clock outputs are possible per B80 MOTHERSHIP.

The technology that makes this all possible is the BURL BACKBONE. The BURL BACKBONE is a high bandwidth backplane delivering incredible digital audio throughput. Master clock travels directly to each Daughter Card, eliminating the need for individual PLLs. Configuring a B80 MOTHERSHIP is a snap. Slide the Daughter Card into the card guide, snap it into the BURL BACKBONE, turn the thumbscrews, and you’re there.

Powering a unit like the B80 MOTHERSHIP takes some juice, so Burl Audio designed the BP300 to drive the 80 channels of class-A analog circuitry. With a 300-watt continuous power capability, and +/- 24-volt rails, the multi-channel AD/DA converter gets the power it deserves.

The B80 MOTHERSHIP takes care of any music, live sound, broadcast or film recording environment, revolutionizing pro audio. In this digital era, many yearn for the tone of records past, and analog tape is becoming a lost art. The B80 MOTHERSHIP clearly bridges this analog to digital gap.