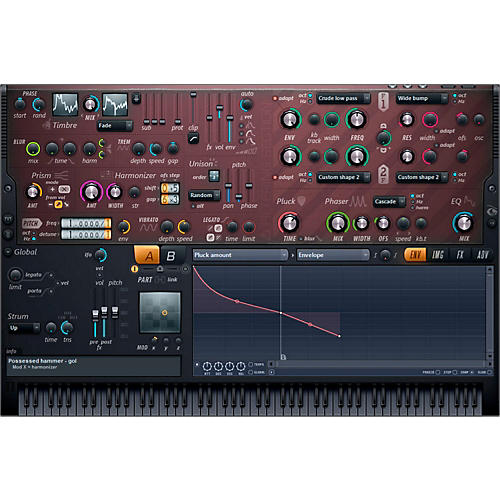 *Qualifying purchase (excluding gift certificates) must be one receipt. 6 month special financing excludes open box gear and cannot be combined with promotional coupons or manual discounts. No interest will be charged on the promo purchase if you pay the promo purchase amount in full within the promotional period. If you do not, interest will be charged on the promo purchase from the purchase date. Depending on purchase amount, promotion length and payment allocation, the required minimum monthly payments may or may not pay off the purchase by the end of the promotional period. Regular account terms apply to non-promotional purchases and, after the promotion ends, to the promotional balance. For new accounts: The Purchase APR is 29.99%; Minimum Interest Charge is $2. Existing cardholders should see their credit card agreement for their applicable terms. Subject to credit approval.
More ways to pay:
Loyalty Points Icon
Earn 952 reward points
($9.52 in credit)
Earn 952 reward pts.
($9.52 in credit)

Join For Free
Share your location Order within 7 hrs 48 mins. 12 secs.
In Stock & Ready to Ship Orders placed before 3 p.m. ET usually ship the same business day (except weekends and holidays).
Ship to
Please enter 5 digits
Free Shipping Shipping and Delivery Times If we promise a delivery date and a delivery attempt is not made by this date, we will provide a refund of any shipping fees associated with your order. Questions? Call 800-449-9128
site1skuH97498000000000 true Change Location

Just like its little brother Harmless, Harmor is driven by a powerful additive synthesis engine. Its modules will look familiar to subtractive synthesizer enthusiasts: oscillators, filters & phasers, these are featured in Harmor but, because performed through additive synthesis, offer more freedom. You don't just select filter types, you draw them.

You wanted more, so also featured is the multipoint envelope editor of Sytrus fame, applied to over 40 parameters, in 2 independent parts. Through the same envelope/mappings, randomize any parameter or link it to key or velocity, and even fine-tune each unison voice independently. Processing units can be rearranged in a semi-modular way. If you need one of the 2 filter units processed after the blur unit, that's no problem.

Image synthesis
Because it typically requires manipulating large amounts (up to 500 per voice) of partials over time, additive synthesis is hard to handle. No human can (or even wants to) edit 500 envelopes, but editing 2D images, that we can do easily. Get access to gain & pitch planes which you can tweak in the image editor of your choice, and import any bitmap, even if it wasn't designed to be turned into audio, it might still sound interesting.

Audio resynthesis
Being an additive synthesizer, Harmor can resynthesize audio files as well. The reproduction will be faithful, not a vague sound-alike as in many additive synthesizers. Resynthesis can of course be tweaked, providing time stretching, pitch shifting, or less conventional manipulations of partials.
And of course, the result of the analysis can still be turned into an image for further editing.

Efficient
Additive synthesis is generally very CPU-consuming, but not Harmor's engine. Its efficency is in fact, comparable to that of subtractive synthesizers. Voices may be generating hundreds of harmonics in parallel and still not overload the CPU. Processing being multi-threaded, extra CPU cores come in handy.

Pixels!
Resynthesis or image-synthesis, Harmor features both. Import a piece of audio and time-stretch or pitch-shift it (with formant and transient preservation). Convert this to an image and edit each partial individually!

Two parts
Two independent parts (or "layers") for even more complex sounds. Parts can be imported from other presets.

SFX
In the effects section you will meet all the usual suspects: distortion, chorus, delay and reverb, as well as the mighty Soundgoodizer based on the Maximus engine. Just like processing units, effect slots can be re-ordered. Each part has its own effect mix amount.

Looks pretty
If you don't understand it, visualize what it's doing, best way to learn! Watch how each partial evolves in the built-in spectrogram, a picture is worth a thousand words.