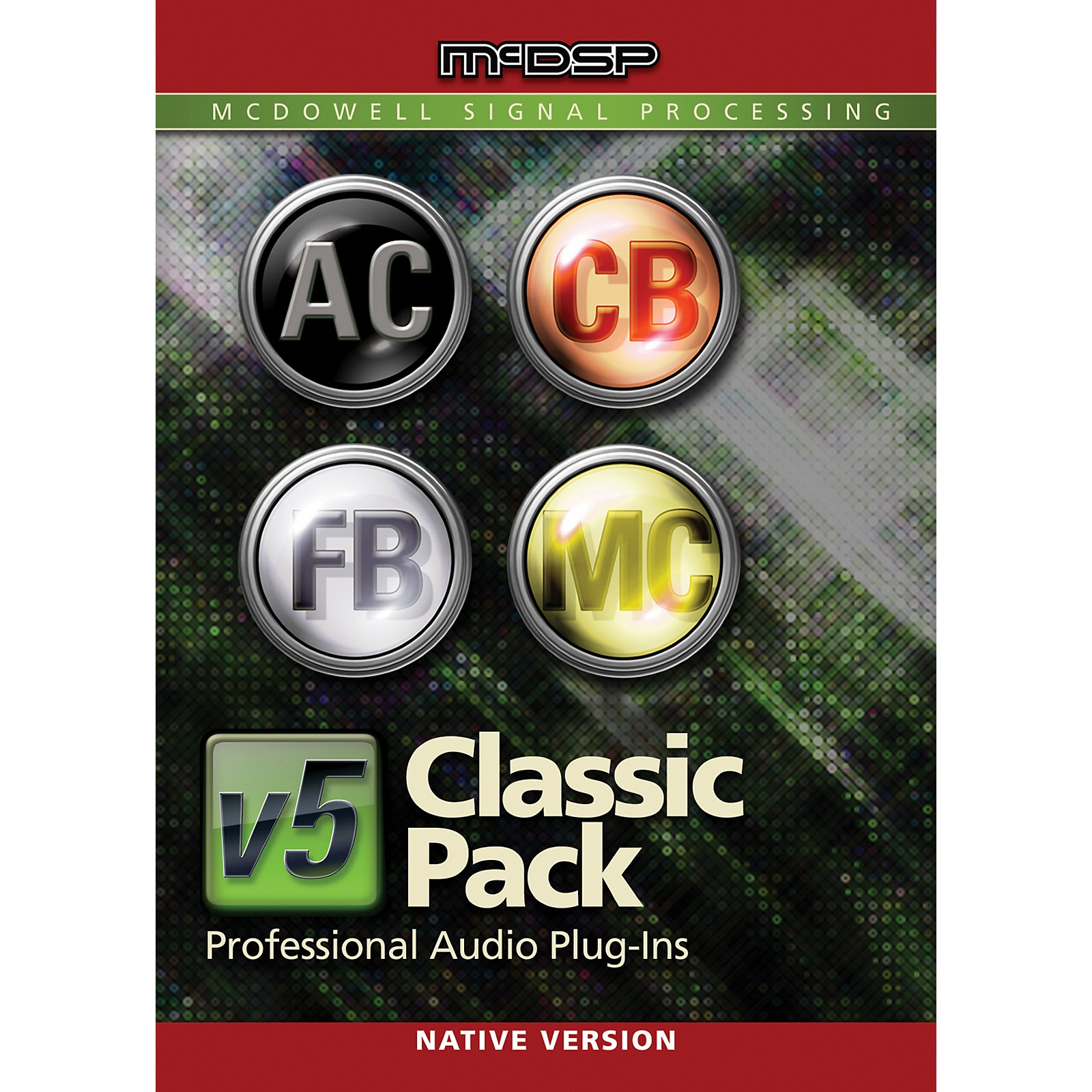 McDSP's legendary emulations of vintage equalizers, compressors, tape machines and channel amplifiers are available together as McDSP Classic Pack v6...Click To Read More About This Product

McDSP's legendary emulations of vintage equalizers, compressors, tape machines and channel amplifiers are available together as McDSP Classic Pack v6. This historical bundle of signal processing software consists of four different plug-ins, each one as legendary as the next. Included is the Analog Channel v6, CompressorBank v6, FilterBank v6, and the MC2000 v6.


Analog Channel
The AC101 configuration acts as a digital pre-amp allowing even excessive amounts of gain without digital distortion. A drive control determines where the audio “sits” in the saturation/compression region, and even the attack and release times of the distortion character are adjustable.

The AC202 configuration emulates analog tape machines. In addtiion to standard tape machine parameters such as bias, playback speed, and IEC1/2 equalization, AC202 offers controls well beyond the limits of the reel-world devices including adjustable low frequency roll off and head bump – independent of playback speed. The user can select from several playback head types, tape formulations, and even control the tape saturation recovery time.


FilterBank
FilterBank is a high-end equalizer plug-in designed to emulate the sounds of vintage and modern equalizers and filters. There are three plug-ins included with FilterBank, the E606 parametric, high and low shelving EQ, high and low pass filters; the F202 steep high and low pass filtering with resonant Q control; and P606 parametric EQ with variable Q modes. Since it’s debut in 1998, FilterBank has become a legend within the audio community.  With its unique Peak, Slope, Dip controls and variable Q modes FilterBank can emulate any EQ, or be used to create a distinct custom EQ.

If you're looking for an original sound, order a McDSP plug-in today.