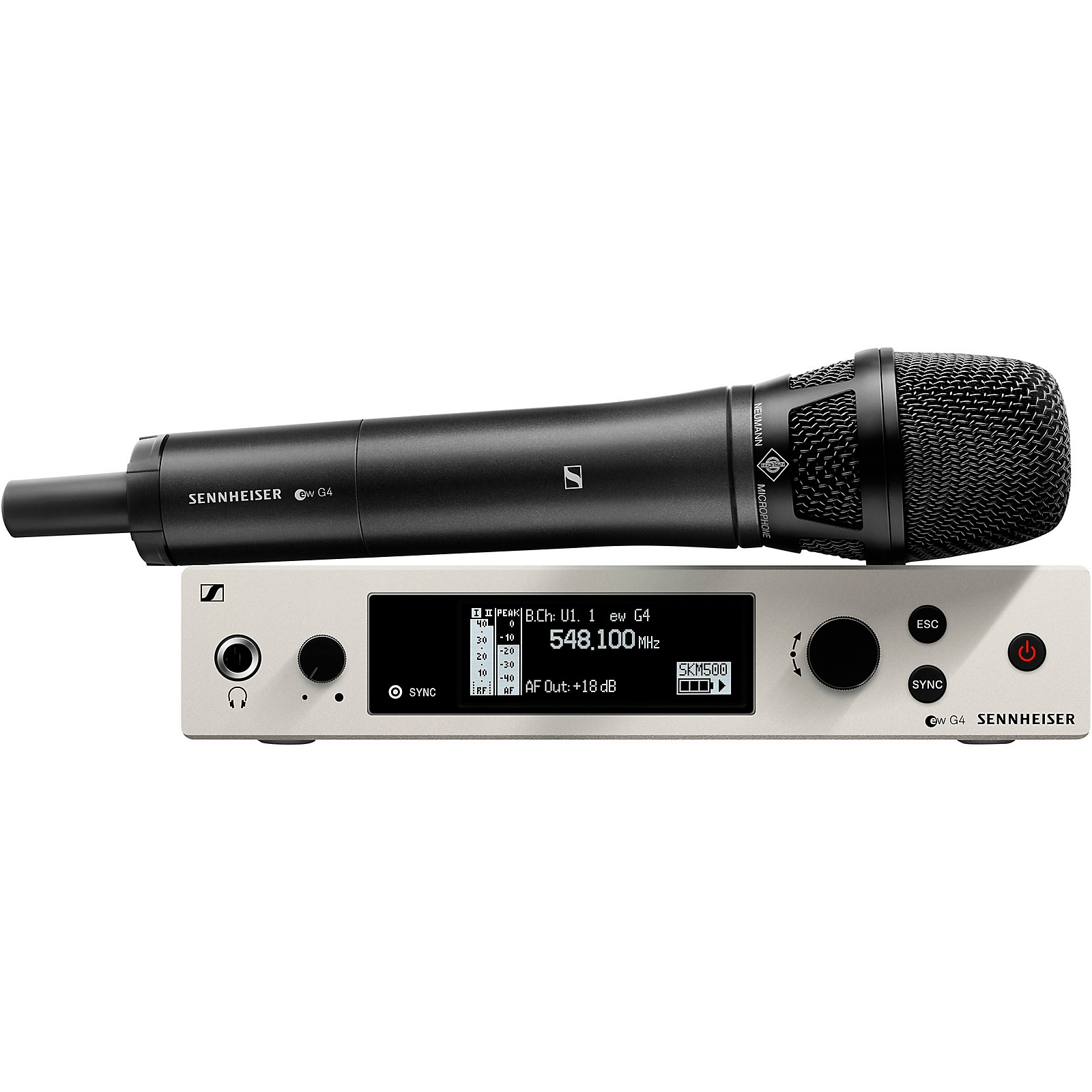 To celebrate the 90th anniversary of Neumann, Processional Audio and Nuemann teams have introduced the ew 500 G4-KK205 vocal set, a limited-run desig...Click To Read More About This Product

To celebrate the 90th anniversary of Neumann, Processional Audio and Nuemann teams have introduced the ew 500 G4-KK205 vocal set, a limited-run design with both the power and flexibility of Sennheiser’s ew 500 G4 wireless series and the audio quality of Neumann’s KK 205 super-cardioid condenser capsule.

Evolution Wireless G4 has expanded the power and flexibility of the already powerful evolution wireless series. Ew 500 G4 systems now feature up to 50 mW of RF power, up to 88 MHz of frequency bandwidth, as well as compatibility with the Neumann KK 205 capsule. Previously, Neumann capsules required the use of 2000, Digital 6000, or Digital 9000 Series wireless systems. Now, with the ew 500 G4-KK205 special edition vocal set, renowned Neumann sound is available to a much wider audience.

The KK 205 capsule head is based on Neumann’s award-winning KMS series of wired stage microphones, true condenser capsules that deliver the exceptional clarity Neumann is famous for. Engineered for stage use, the KK205 accommodates sound pressure levels up to 150 dB without clipping, while its tight, frequency-independence super-cardioid pattern ensures high gain before feedback. With its smooth frequency response, airy top, and superior transient response, the KK 205 delivers an immediate, emotional vocal sound.

This is a limited-time opportunity to get Neumann quality in an affordable wireless system. Order today.