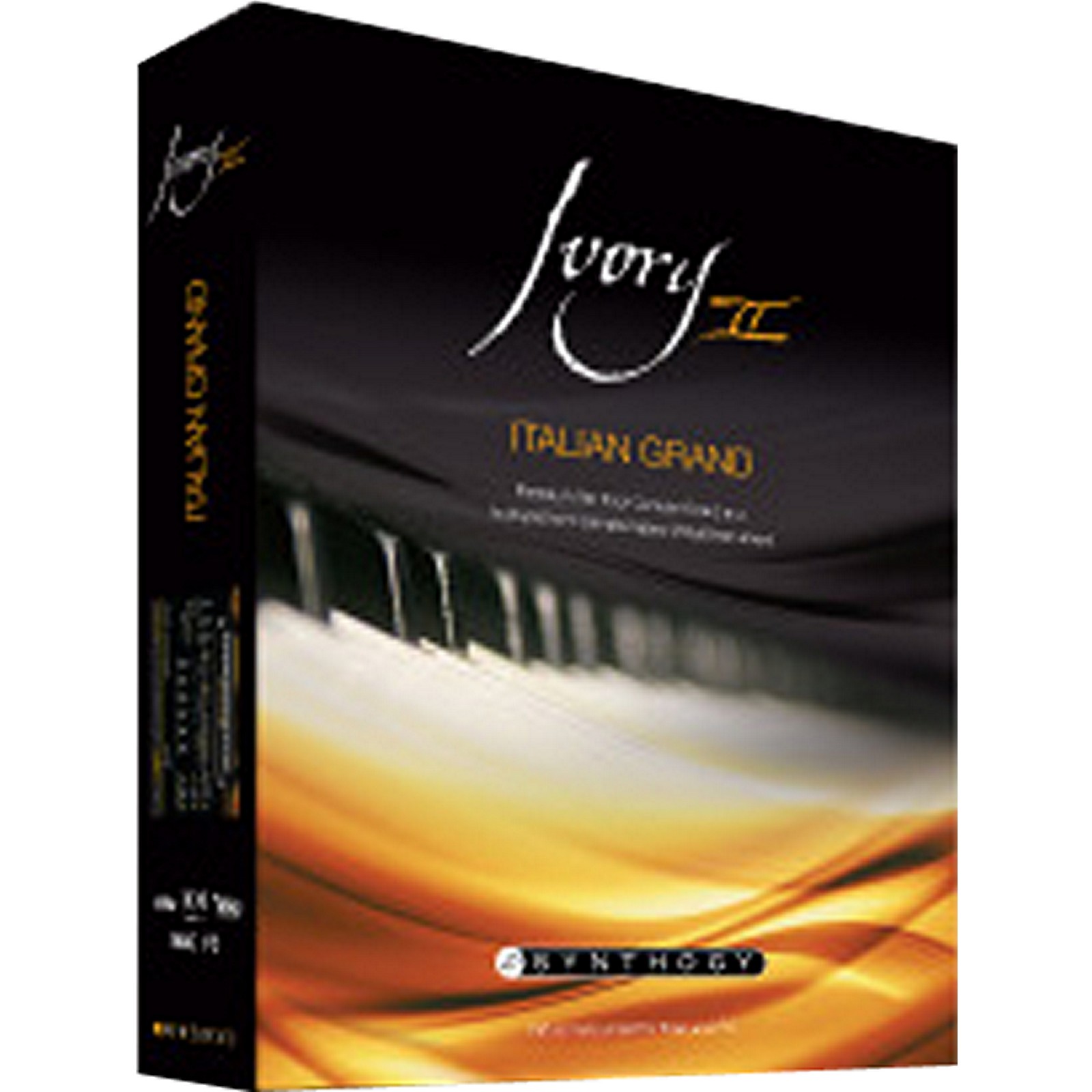 Ivory II Italian Grand is the second product in Synthogy's newest generation of virtual piano technology. Featuring a greatly expanded sound set of t...Click To Read More About This Product

This exceptional piano is one of the world's greatest and most sought after Concert instruments. Handcrafted in Italy, it is also one of the world's most expensive and exclusive Concert Grands, renowned for its expressive dynamics and full-bodied character. Its tone is remarkably versatile; equally at home in large scale classical works, intimate jazz playing, as well as a full range of pop styles. The beauty of this instrument is captured in greater detail than ever, with up to 18 velocity levels, additional soft pedal and release samples and pedal noise enhancements. Synthogy's decades of expertise in piano development, along with proprietary "timbre interpolation" technology combine to deliver the unrivaled playability and expressiveness that Ivory is famous for.

Ivory II Italian Grand also comes to life in a whole new way thanks to the groundbreaking features in the new Ivory II piano engine. Principal among them is Sympathetic String Resonance, a long sought after but elusive characteristic of real pianos that Synthogy approaches in a completely new and unique way. Realizing the true complexities and subtleties of sympathetic string excitation, Harmonic Resonance Modeling is a brand new technology that does not rely upon triggering additional samples, ordinary sine waves, or recordings in any way. Rather, notes struck that are harmonically related excite the actual complex overtones of the notes that are being held, in the same manner that undamped strings ring in a real acoustic piano. The result is an unprecedented new level of realism.

The full compliment of Ivory II's new features is also present, such as Half Pedaling, Lid Position, Pedal Noise, and Tuning Tables to provide even greater detail and control. Additionally, features such as Timbre Shifting, Parametric EQ, and new Synth Layer controls offer powerful new sound sculpting capabilities for custom piano programming and sound design. Years in the making, every effort has been taken to assure that Ivory II Italian Grand is a true and worthy successor to the legacy established by our original Ivory products.

Ivory II Italian Grand is not only one of the most stunning Concert Grands you'll ever play, it is also one of the greatest values in software instruments.

"Authentic-sounding sympathetic resonance has been the holy grail of digital- piano designers, and the folks at Synthogy have finally hit the mark..." -GEARY YELTON, ELECTRONIC MUSICIAN

"Mix Certified Hit" -Ivory II selected by the editors of MIX MAGAZINE as one of the Top-20 hits of NAMM 2010.