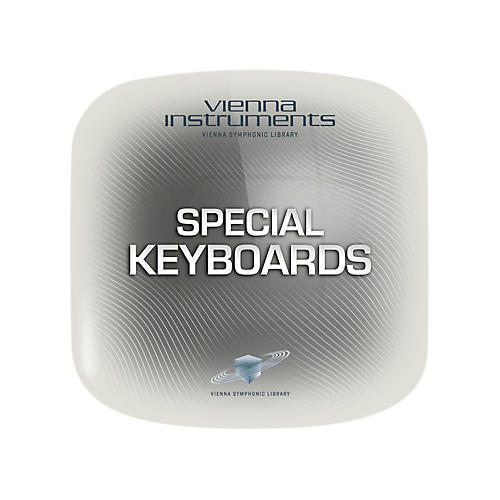 The 8 GB collection Special Keyboards offers a state-of-the-art approach to capturing exceptional, unfamiliar but also classical sounds that shouldn'...Click To Read More About This Product

The 8 GB collection Special Keyboards offers a state-of-the-art approach to capturing exceptional, unfamiliar but also classical sounds that shouldn't be missing on any sound designer's or composer's workstation.

The harpsichord (German: Cembalo) has a famously bright sound, rich in overtones. Typically a Baroque instrument, the harpsichord has played a minimal role in classical and romantic music. In modern literature, however, it has been rediscovered by a broad range of musicians, and is also used poignantly and effectively in film and TV music. In our own Silent Stage, the following single notes and repetition performances of a two manual harpsichord were recorded: 8' register solo, 8' double, and tutti (a combination of two 8' registers and one 4' register).

The harmonium is a free-reed instrument, meaning that air streaming past reeds of different lengths causes them to vibrate. Unlike organ pipes, the harmonium's reeds produce more disharmonic overtones, creating a unique undulating sound.

The prepared piano is a technique introduced in 1949 by John Cage, where objects like erasers, nails, wire, paper, etc., are inserted between a piano's strings in certain places, causing them to produce additional tones, harmonics, or percussive sounds. Our team also treated the B¶sendorfer grand piano with bare hands (e.g., glissandos over the strings) and with wood mallets in order to get a multitude of creative sounds and colors.

Your purchase also entitles you to download the free Vienna Instruments player software that includes the Vienna Ensemble mixing and host software.

Order today to round out your collection of classical keyboards.