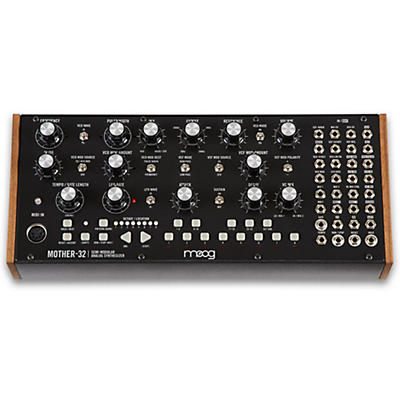 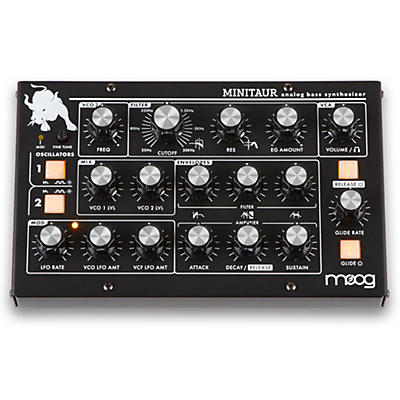 If you're new to synthesizers, the first question on your mind when looking at this hardware is probably "what's subtractive synthesis?" The answer, as it turns out, is basically right there in the name! These synths use attenuation (which could be called 'subtraction') of complex audio signals to change their timbre. It's the opposite of additive synthesis, which creates sounds by blending waves together - in subtractive synthesis, bits of the waveform are removed instead. You could think of a subtractive synthesizer as working the same way your mouth does when you talk or sing: it doesn't create the sound (your vocal cords do that), but it attenuates it to change how it comes out.

Subtractive synthesis was a popular technique for the analog synthesizers of the 1960s and '70s, so a lot of the models you'll see in this section, like the Moog Minimoog Model D, are callbacks to that era. In fact, the Model D isn't just inspired by a vintage synthesizer - it is one! The original was discontinued in 1981, but Moog put it back into production in 2016, and essentially just picked right up where they left off: same manufacturing process, same OEM, same original parts. Call it the answer to a lot of musicians' prayers, because there are plenty of pros who have been waiting on the edges of their seats for 35 years to see this instrument rolling off the assembly line again.

But maybe you're not bitten by the old-school bug and would rather have a more modern synth design? That's okay too, and there are plenty of subtractive synthesizers here to fit the bill. For example, if you want some lower-register synth muscle in a small package, check out the Moog Minitaur Bass Synthesizer. Or maybe you'd like to expand or start out a modular setup - in that case, the Moog Mother-32 Semi Modular Synth Module could be the way to go. It's up to you to decide on the best subtractive synthesis for your gear layout, so take your time and look carefully at all the options until you've tracked down the perfect fit.