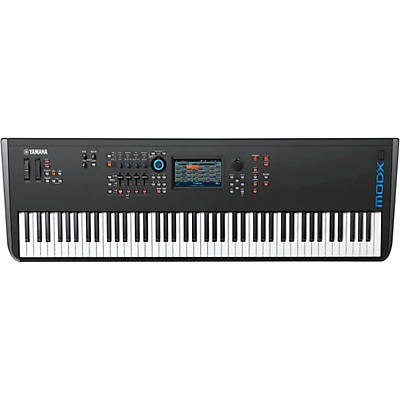 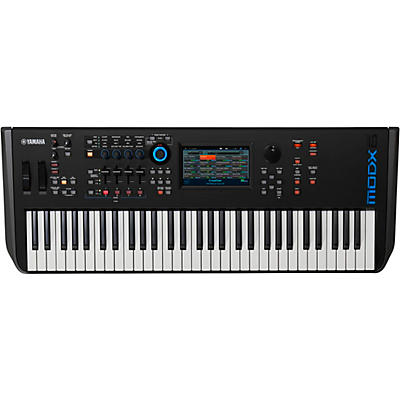 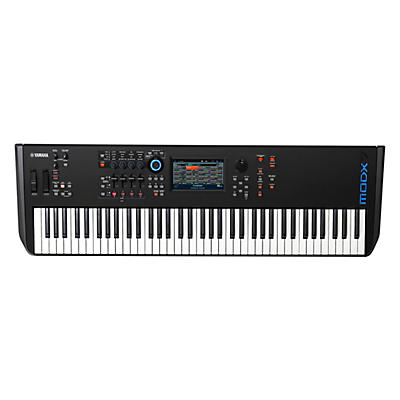 Yamaha MODX synthesizers also have 4-part Seamless Sound Switching and up to 27 simultaneous effects. They also have an onboard 4-in/10-out audio interface and 768MB of internal flash memory. The Yamaha MODX6 has 61 synth-weighted keys, while the MODX7 has 76 synth-weighted keys. The MODX8 has 88 Graded Hammer Standard action keys.