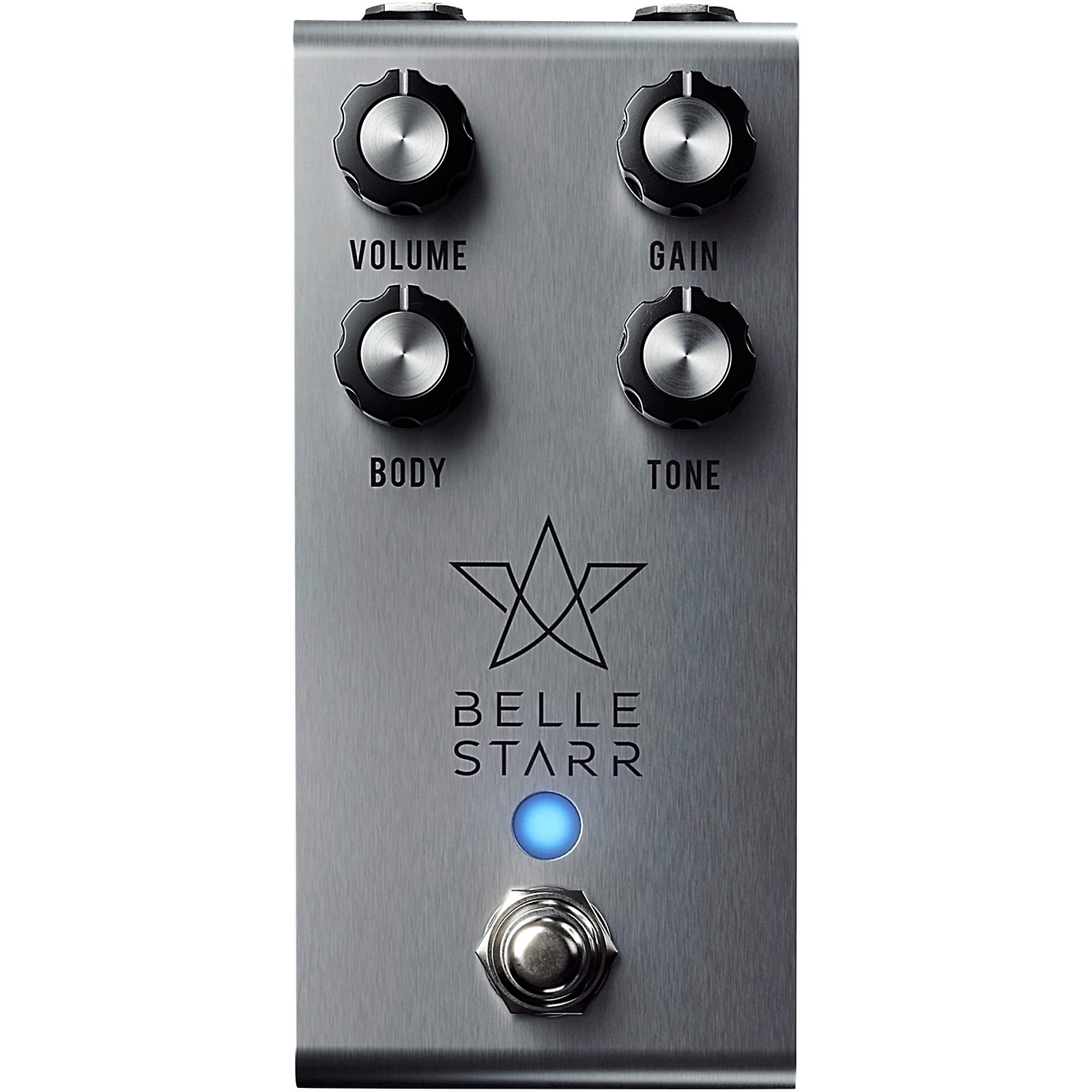 The Jackson Audio Belle Starr is the result of a several months-long collaboration with Drew Shirley from the band Switchfoot. For those fami...Click To Read More About This Product

The Jackson Audio Belle Starr is the result of a several months-long collaboration with Drew Shirley from the band Switchfoot. For those familiar with Shirley’s guitar rig, he’s always run super small, low-wattage amps, and run them wide-open to get his signature overdrive sound. The Belle Starr was designed to create these tones.

Not a high-gain overdrive, the Belle Starr is a low/mid gain overdrive circuit that has the smooth and natural breakup that is characteristic in smaller, non-negative feedback amps.

The overdrive range on the Jackson Audio Belle Starr is so evenly spread out across the range of the gain control that it goes from absolutely clean to medium gain with no unusual jumps in the dynamic response.

Over the eight months that Jackson Audio spent dialing in the Belle Starr, they tried it with every variation of amp they could, including Fender, Marshall, Vox and Jackson. This was done to ensure that the Belle Starr would work on any amp you marry it to.


Get the overdrive tone of Switchfoot's Drew Shirley. Order today.