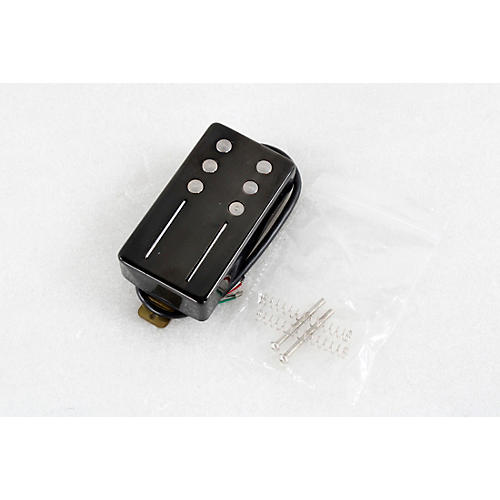 Join For Free
Share your location Order within 7 hrs 48 mins. 12 secs.
In Stock & Ready to Ship Orders placed before 3 p.m. ET usually ship the same business day (except weekends and holidays).
Ship to
Please enter 5 digits
Free Shipping Shipping and Delivery Times If we promise a delivery date and a delivery attempt is not made by this date, we will provide a refund of any shipping fees associated with your order. Questions? Call 800-449-9128
site1skuJ04106006952007 true true Change Location

A new pickup design that generates improved tone no matter what your style.

Aggressive and thick, but with superb clarity, the Railhammer Chisel sets a new standard for heavy rock and metal. Unlike other designs, you can dial in a tight clear tone on the wound strings without the plain strings sounding thin or sterile. And the Chisel has loads of character ... rich in harmonics, touch sensitive, and armed with an upper-mid attack that cuts like a knife. If you want your riffs to be heard loud and clear, this is your tool.

Rails under the wound strings for tight clear lows
Thin rails sense a narrow section of string, reducing note smearing and muddiness. There's still plenty of low end, it's just more defined and less mushy. Aggressive fast riffs, complex chords, and palm muting are tight, clear and cut through the mix. Clean or dirty, standard or low-tuned, the clarity is beyond other pickups.

Efficient magnetic structure
The rails/poles are larger than traditional polepieces, and have a very large surface area contacting the magnet. This produces a strong and wide magnetic field which is very touch sensitive and responsive to your playing technique. It also means no dead spots when you bend, even on the pole side.

Height tapered rails
The rails taper up, with the highest point under the D string. Volume of the D string is now increased, which is typically weaker. This gives you more consistent volume overall from string to string.

No moving parts
Non-adjustable poles, along with vacuum wax potted coils and the six screw baseplate, result in a solid pickup with no moving parts. Excess vibration of parts has been eliminated to avoid uncontrollable feedback and squealing. Another benefit is enhanced clarity and response, because when the parts don't vibrate, they more accurately sense string movement.

Universal spacing
The oversize poles and long rails cover a wide string spread, which means the spacing will work with just about any guitar in any position.

Experience this tone breakthrough for yourself. Order today.