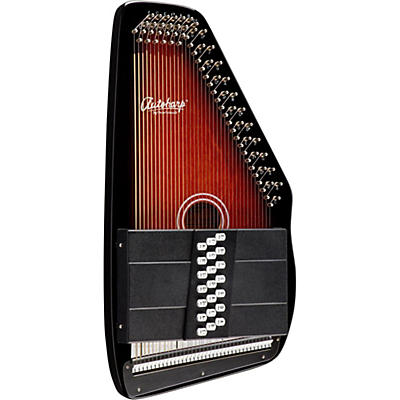 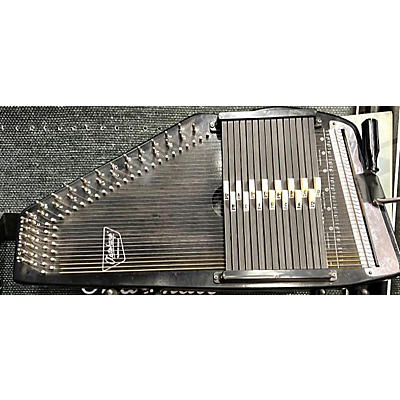 The autoharp is somewhat confusingly named as it is not a harp at all, but is in fact a zither, but is designed with a series of chord bars which, when depressed, mute all the strings except the desired chord. The instrument's origins are unclear, as two separate inventors both patented a similar instrument around 1882/83, although the term Autoharp wasn't trademarked until 1926. Traditionally used as a folk and bluegrass instrument, the autoharp was famously used on recordings by the Carter family, the Lovin' Spoonful and more recently British musicians Johnny Marr of the Smiths and PJ Harvey. As with everything we sell, all our autoharps are supported by our price & satisfaction guarantees and free standard shipping applies to all orders except heavy items.