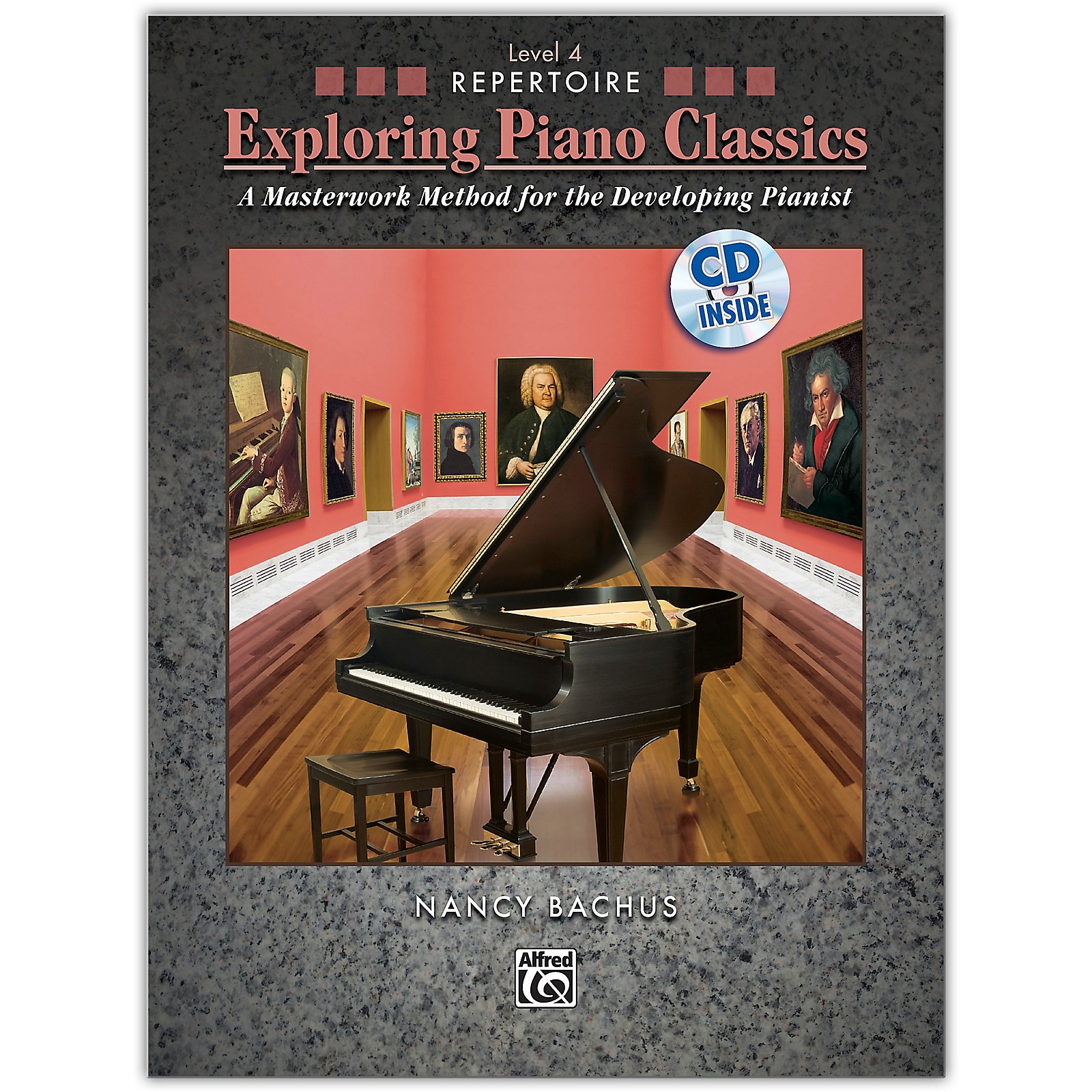 Earn up to 88 reward points.

The Exploring Piano Classics series pairs motivating performance repertoire with thoughtful technical studies. Each level contains a Repertoire book with CD and a Technique book, both with convenient page-by-page correlation. When used together, the books give students a deep understanding of the art of music, performance practices, and the necessary skills to play the piano with technical ease. The Repertoire books include pieces from the major style periods, selected and graded based on festival, competition, and examination lists from the United States, Canada, and the United Kingdom. Background information on each style period, its instruments, composers, and the music itself is included.

The CD recordings of the repertoire, performed by internationally known clinician and teacher Nancy Bachus, provide an indispensable tool for appropriate musical interpretation. A graduate of the Eastman School of Music with an M.M. in Piano Performance and Literature, Nancy Bachus has performed solo recitals across the U. S., Canada, and Italy, and appeared in the original "Monster Concerts" in venues such as Lincoln Center and the White House.