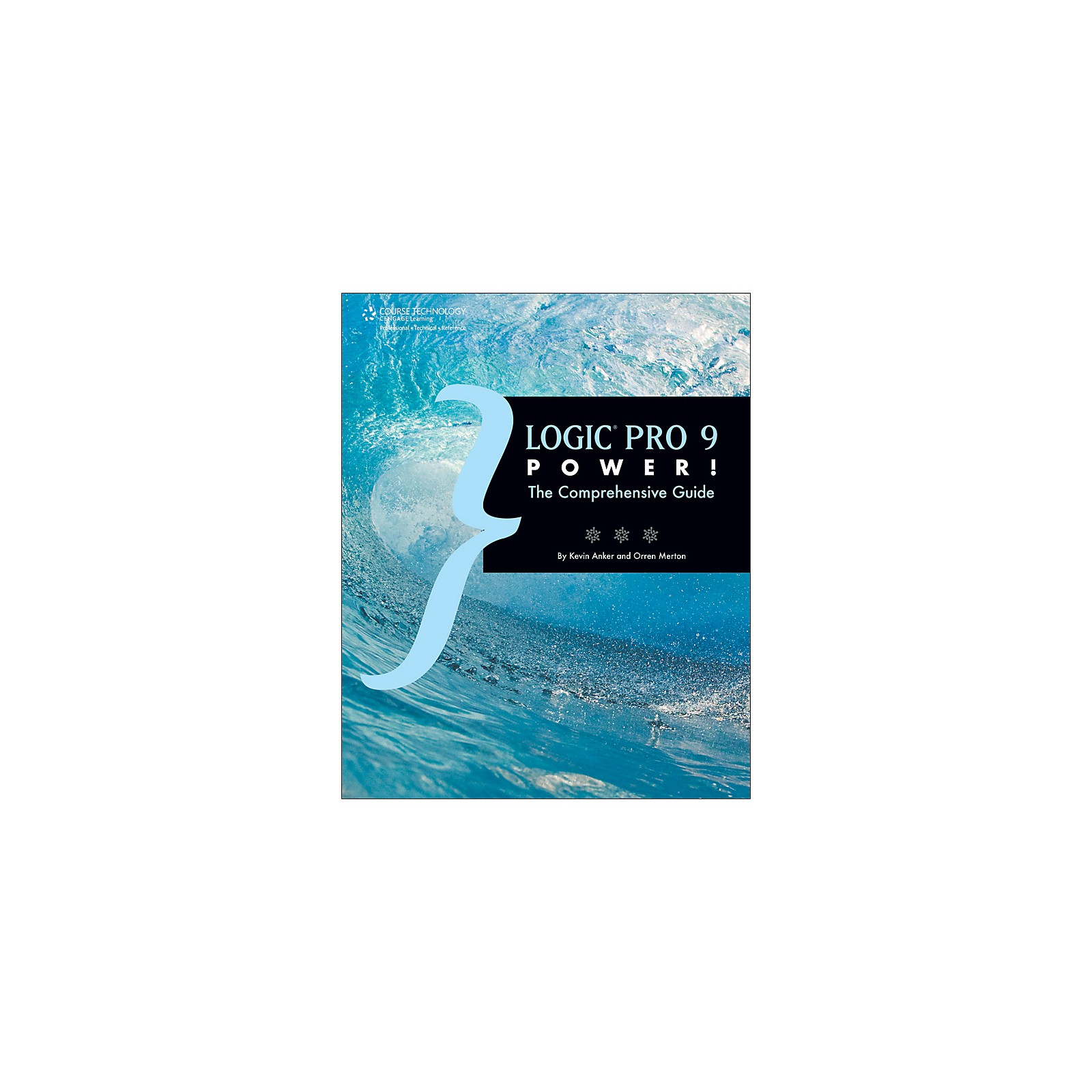 Logic Pro 9 Power! is a complete introduction and desk reference for Logic, covering what you are most likely to run into while using the program, al...Click To Read More About This Product

This book also explores why Logic works the way it does.

Logic Pro 9 Power! is a complete introduction and desk reference for Logic, covering what you are most likely to run into while using the program, all with simple, thorough, and complete explanations. This book also explores why Logic works the way it does, so you'll not only learn how to record using Logic, but you'll really understand what you are doing so that you'll be fully prepared and successful when you're ready to explore on your own.

After learning how to set up Logic, you'll learn about the Transport and the Arrange, how to record and edit audio and MIDI, how to mix down your song, and how to save your song and organize your files. The final chapters provide guidance on the advanced features of Logic, guidance you'll need as you create more complex compositions and build a more involved project studio. There's something here for Logic users of all skill levels newbies will learn Logic front to back, while seasoned users will gain lots of tips and tricks.

About the authors
Kevin Anker is a long-time professional musician with more than 15 years experience in computer based music production. He has performed, composed, programmed, and recorded for a variety of groups and organizations both in the Indianapolis area and nationally. He has been a Logic user since 2002, and is currently an administrator and moderator of www.biglulounge.com, a large and active online community focused on music production on Mac OS X.
Orren Merton, author of Guitar Rig 2 Power!, Logic Pro 7 Power!, GarageBand Ignite! and co-author of Logic 7 Ignite has been a computer musician since his days in U.C. Berkeley in 1988, and has been writing in the professional audio field for over five years. He has done technical writing for Emagic Soft- und Hardware GmbH, and writes for numerous American and British pro audio magazines. He has a master's degree in English from California State University, Long Beach. In between writing and consulting in the pro audio and computer music fields, he also helps moderate the Logic User Group, an online community of over 23,000 Logic users.