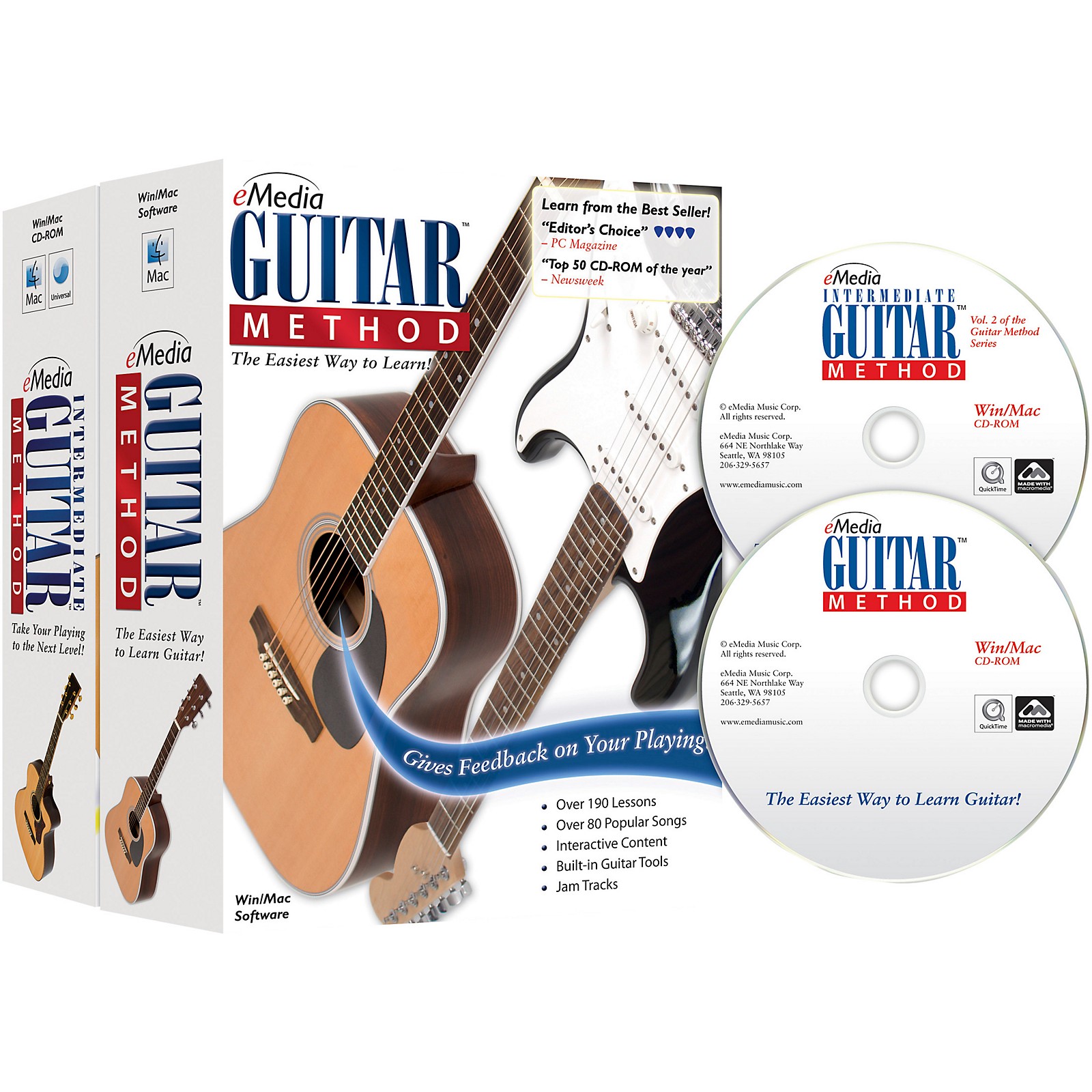 eMedia Guitar Method Deluxe Windows/Mac software includes everything you need to become a great guitar player, with over 360 audio- and video-enhance...Click To Read More About This Product

Over 360 step-by-step lessons and over 80 instructional videos.

eMedia Guitar Method Deluxe Windows/Mac software includes everything you need to become a great guitar player, with over 360 audio- and video-enhanced lessons and over 130 great songs. The Animated Fretboard shows you the notes to play and eMedia Guitar Method's Interactive Feedback listens to you via the computer microphone to show if you are playing the correct notes in melodies, leads and riffs. Also included are an automatic tuner, metronome, audio recorder, 1000-chord dictionary, scale-directory, and more.

Attention Mac users: As you may be aware, Apple has decided to discontinue support for 32-bit applications starting in macOS 10.15 (Catalina). If you wish to use eMedia software which requires 32-bit support, do not upgrade past macOS 10.14 (Mojave). eMedia is working on a new version that will support Catalina and future versions of macOS, but they do not yet have a release date for it.

One of the easiest ways to learn guitar!