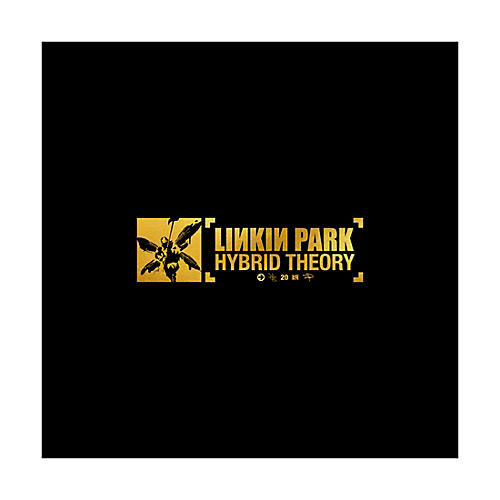 Join For Free
Share your location Order within 7 hrs 48 mins. 12 secs.
In Stock & Ready to Ship Orders placed before 3 p.m. ET usually ship the same business day (except weekends and holidays).
Ship to Change Location
Please enter 5 digits
Free Shipping Shipping and Delivery Times If we promise a delivery date and a delivery attempt is not made by this date, we will provide a refund of any shipping fees associated with your order. Questions? Call 800-449-9128
site1skuL81394000000000 true MFI=94 true Change Location

Released in October of 2000, Linkin Park’s groundbreaking debut album, Hybrid Theory, is a melting pot of heavy alternative rock, hip-hop and electronic flourishes that inspired a new genre of music and a generation of dedicated fans. Hybrid Theory was the best-selling album of 2001 in the US and has since exceeded 11 million album sales, qualifying for the rare Billboard “Diamond” award. Hybrid Theory’s success was supported by intensive touring and three successful singles: “One Step Closer,” “Crawling” and “In The End,” with "Crawling" earning the band their first Grammy for Best Rock Performance.

To celebrate 20 years since the original release, Hybrid Theory: 20th Anniversary Edition will be released on October 9th, 2020. The flagship format is a super-deluxe edition box set that includes unreleased and hard-to-find material on CD, vinyl and DVD. The box set also includes a lavishly illustrated 80-page book with contributions from the band and many previously unseen photographs, plus a replica tour laminate, an oversize poster of Chester Bennington and 3 lithographs of new artwork supplied by Mike Shinoda, Joe Hahn and Frank Maddocks (the art director on the original release and this anniversary edition).