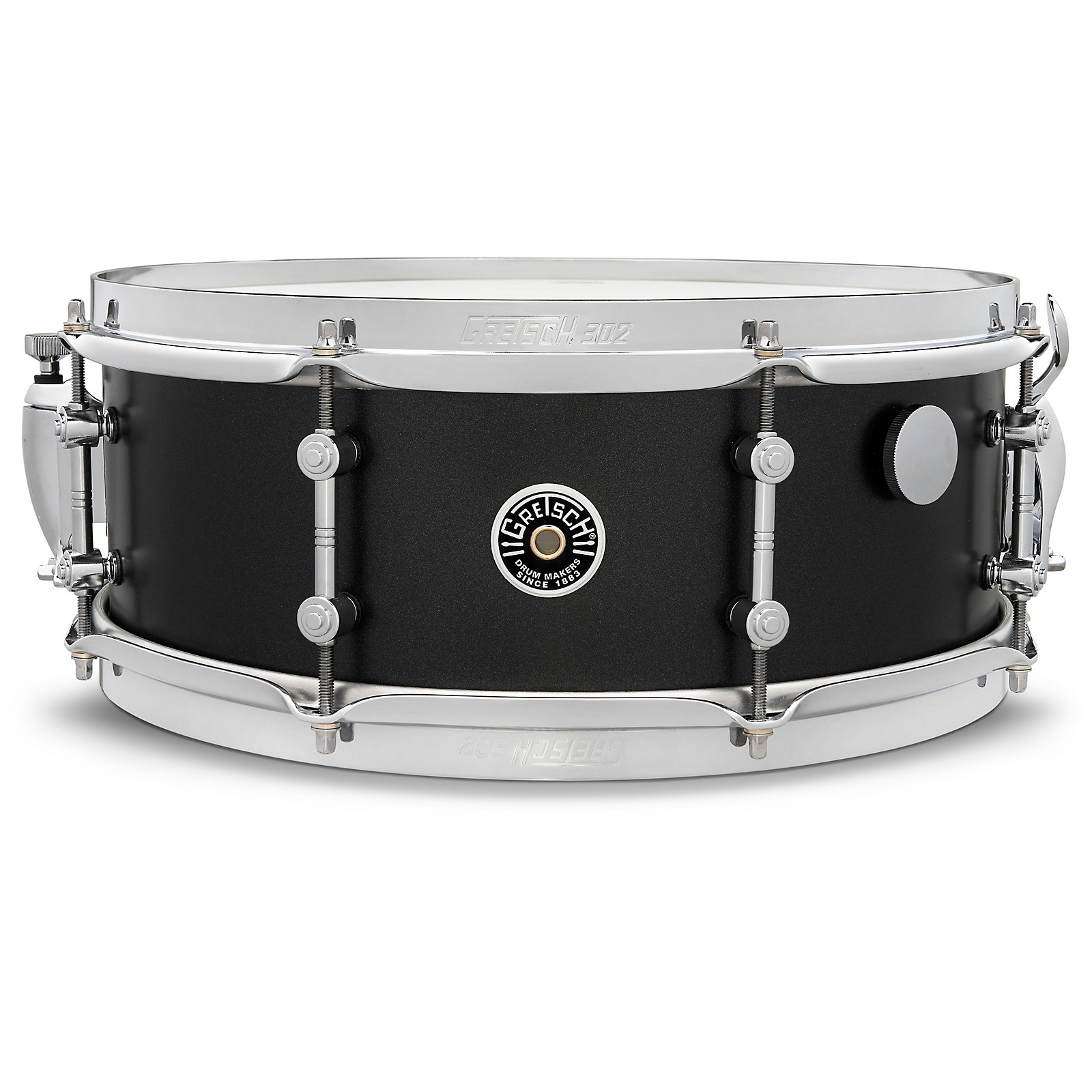 When Mike Johnston came to Gretsch Drums to develop a new snare, he knew he wanted to create a drum that was versatile for any type of player. The re...Click To Read More About This Product

When Mike Johnston came to Gretsch Drums to develop a new snare, he knew he wanted to create a drum that was versatile for any type of player. The result is the Brooklyn Standard Snare Drum. Mike’s background as an educator helped guide the development—we’ve found that the Brooklyn Standard is a snare that’s as accessible for students as it is professional players. Musician’s Friend has also found that this Gretsch snare shines in tons of playing situations. From the studio to the stage, tuned up or down, there’s a lot to love about this maple/poplar Brooklyn Standard Snare.

As with other drums in the Gretsch Brooklyn Series, the 6-ply shell of the 14x5.5” Brooklyn Standard Snare Drum uses a blend of maple and poplar wood. With this combo, it’s able to deliver even highs and mids with a boosted low end. The snare produces a sound that’s full, punchy and warm—classic characteristics of a Gretsch drum.

The versatility of the Brooklyn Standard Snare really comes down to the details. Engraved, double-flanged and vintage-style 302 hoops rest on the double 45-degree bearing edges for ideal interaction between the head and shell. Batter side tone control and 42-strand snare wires let you lock in your tone. To round out the hardware, the Brooklyn Standard is accented with Gretsch tube lugs, Lightning throw-off and butt plate, and Gretsch Permatone heads by Remo.

A sleek satin black metallic finish brings an aesthetic appeal to the Brooklyn Standard. The interior is finished with Gretsch Silver Sealer. Inside, you’ll also find an identification label with the production year and Mike Johnston’s signature.

A snare for the serious player

Thanks to Mike Johnston’s clear concept and the nine months Gretsch spent perfecting it, the Brooklyn Standard Snare Drum from Musician’s Friend is about as versatile as it gets. This is the snare to get for tone you can play in any situation, no matter what your experience level is. Deliver great attack on stage, or record beautiful, responsive tones in the studio.
FEATURES

Discover the versatile performance of the Brooklyn Standard Snare. Order yours from Musician’s Friend today.