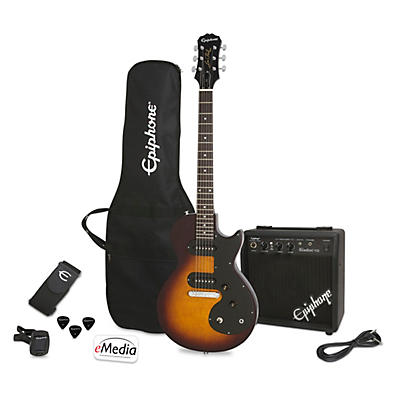 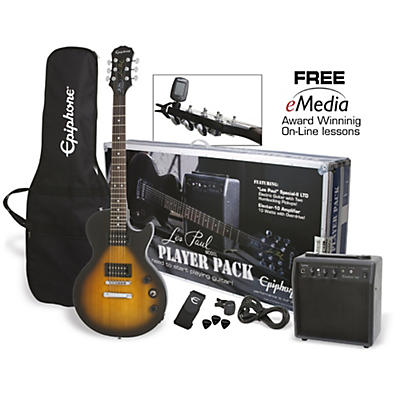 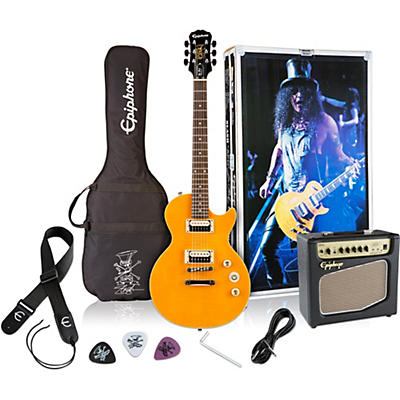 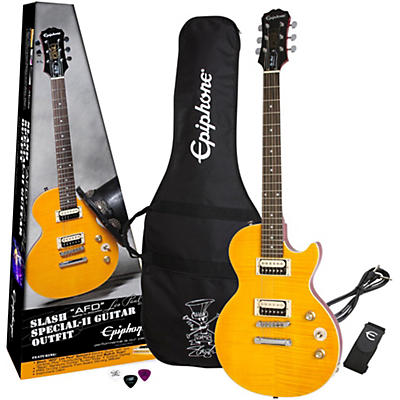 Dating back to 1873 and once a major rival of Gibson, the Epiphone company and brand were purchased by Gibson's parent company in 1957. Originally the Epiphone models were made in the same factory as the Gibson guitars, by the same craftspeople using the same materials and often with the same features as Gibson models, but manufacturing of most of the Epiphone instruments was switched to Asia sometime around 1969. Today, Gibson primarily uses the Epiphone brand as their high value, lower priced overseas-built alternative to their top tier Gibson USA models. All Epiphone models sold in the United States are subjected to a 15 point inspection process, and are "set up" in the USA by trained Gibson employees at their Nashville facility.
Around 1941, Les Paul, a legendary musician and musical electronics and solidbody guitar pioneer, created one of his early solid bodied guitars after-hours in the Epiphone factory out of a 4X4" piece of wood. On to this he later attached side "wings" from a Epiphone hollowbody guitar in order to give it a more conventional look. This guitar, known as "The Log", was later shown to Gibson executives, who initially passed on the idea of building them, but they changed their mind within a couple of years and the Les Paul Model guitar as we know it today was first released in 1952. These early "gold top" models were later joined by the black Les Paul Customs, and then the sunburst "Standards" of the late 1950s.
Several Epiphone Les Paul models are very close to the classic Gibson models upon which they are based, while other models are designed with different features to keep the entry price low for students and budget-minded players. For example, some Epiphone Les Paul models use bolt-on neck construction and "slab" bodies which are generally less expensive to manufacture, while others stick with tradition and have arched maple tops and glued-in necks like their high-end Gibson counterparts. At the mid and upper range of the Epiphone Les Paul range, most guitars retain practically all of the other essential Les Paul features -- two humbucking or P90 single coil pickups, two volume and two tone controls, a three-way selector switch, body and neck binding, 24.75" scale length and a fat rich sound with loads of sustain. In addition to such long-running models as the Les Paul Standard, Studio and Custom, Epiphone has also released various artist signature and limited edition Les Paul models over the years. These usually offer artist-endorsed combinations of features and cosmetics, or custom improvements and appearance upgrades that are not normally found on the standard models.