Join For Free
Share your location Order within 7 hrs 48 mins. 12 secs.
In Stock & Ready to Ship Orders placed before 3 p.m. ET usually ship the same business day (except weekends and holidays).
Ship to
Please enter 5 digits
Free Shipping Shipping and Delivery Times If we promise a delivery date and a delivery attempt is not made by this date, we will provide a refund of any shipping fees associated with your order. Questions? Call 800-449-9128
site1skuJ09465000000000 true MFI=0 true Change Location 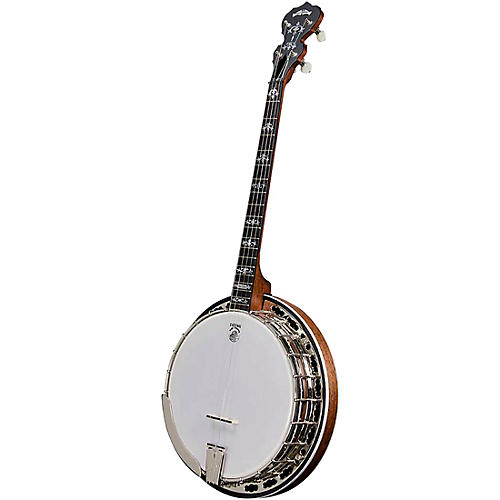 The Sierra 19 fret tenor is the preffered choice of many jazz players and some Irish players. While being Deering's least expensive professional banjo, the Sierra has become the flagship of the line.

When Deering first introduced the Sierra they kept the cost down by keeping the cosmetics simple. The Sierra has been tremendously successful, but it is no longer cosmetically simple. With the implementation of new technology, Deering has been able to make the Sierra exquisitely beautiful without raising the price. Inspired by the art work of the old masters of the Boston banjo era from the turn of the last century, Deering has brought an artistic sensibility to the Sierra that is usually reserved for banjos costing much more.