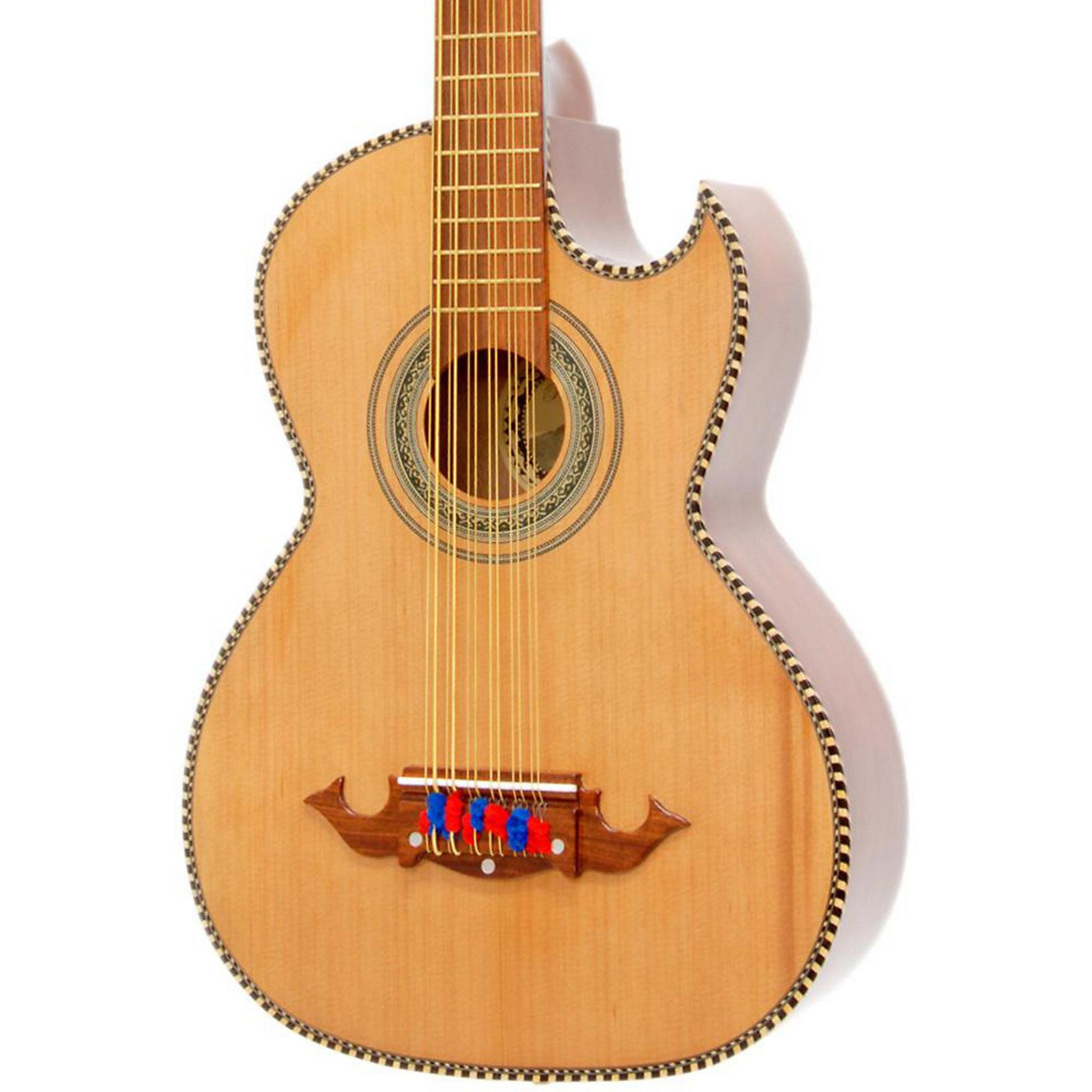 Those playing the Latin, Mariachi and South American styles recognise the Victoria. The Paracho Elite Victoria-P 12 String Acoustic-Electric Bajo Sex...Click To Read More About This Product

A traditional instrument from Latin American with excellent tonewoods and Fishman electronics.

Those playing the Latin, Mariachi and South American styles recognise the Victoria. The Paracho Elite Victoria-P 12 String Acoustic-Electric Bajo Sexto fits into any ensemble with tone and clarity and is equipped with the Fishman Presys preamp system for plugged in excellence.

Paracho Elite Guitars are made in the legendary mountain village of Paracho-high in the Sierra Madre Mountains of Mexico. Paracho artisans have been perfecting their craft for over 200 years. Many of the luthiers that work at the Paracho Elite shop are fourth and fifth generation musical instrument makers.

These hand crafted, quality guitars are made from some of the finest woods. Each guitar has it's own unique styling and beautiful inlay craftsmanship. Most importantly, they produce remarkable sound and are played by recording and performing professionals.

2. At position 2, the next set of strings moving upward, both strings are tuned in unison to the note of C, equivalent to the C found at the 3rd fret of the 5th string on a guitar.

3. At position 3, the next two strings are tuned in unison to the note of G, equivalent to the G note found at the 3rd fret of the sixth string of a guitar.

4. At position 4, you will find two strings of different size. The smaller string is tuned to the note of D, equivalent to the open 4th string of a guitar, also found on a tuner. The larger string is tuned also to the note of D, one octave lower than the other string, which can be found on a bass tuner or simply tuned by ear, one octave lower than the smaller string.

5. At position 5, tune the smaller string to the note of A, equivalent to the open 5th string of a guitar, which is also found on a guitar tuner. The larger string is tuned one octave lower (A) or found on a bass guitar tuner.

6. At position 6, tune the smaller string to the note of E, equivalent to the open sixth string of a guitar, found on a guitar tuner. The larger string is tuned to the E pitch, one octave lower or with a bass tuner.