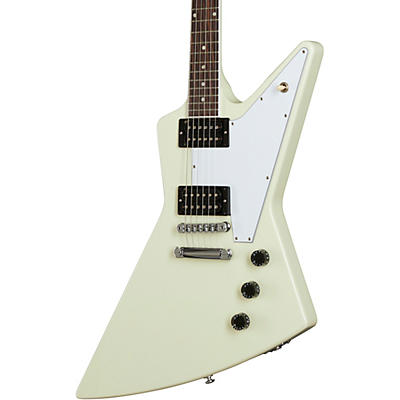 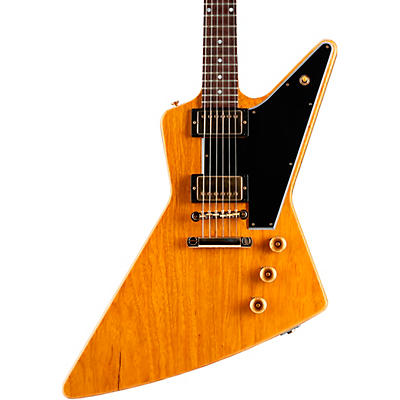 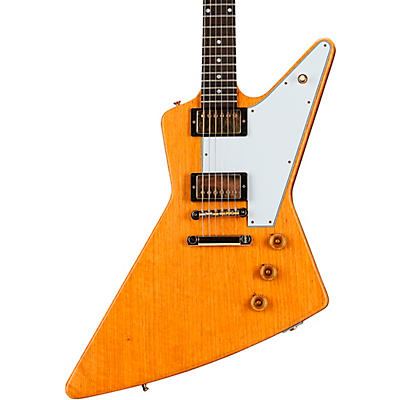 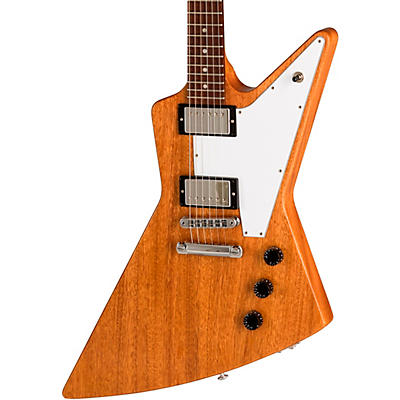 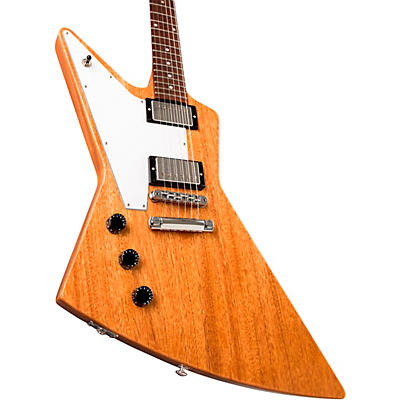 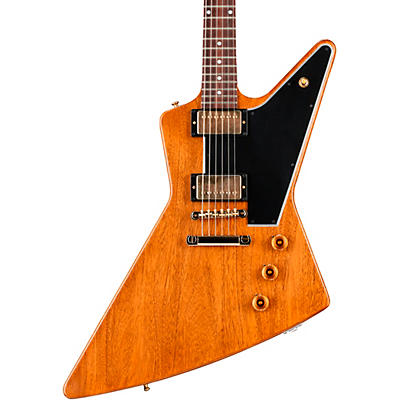 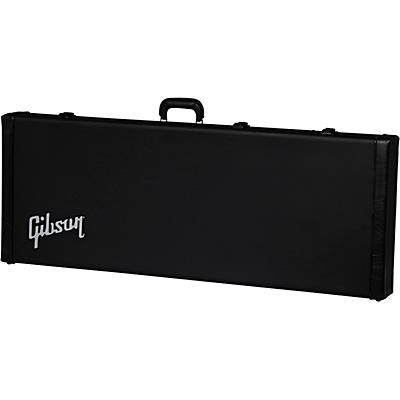 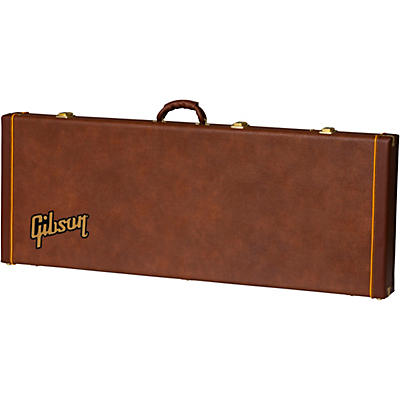 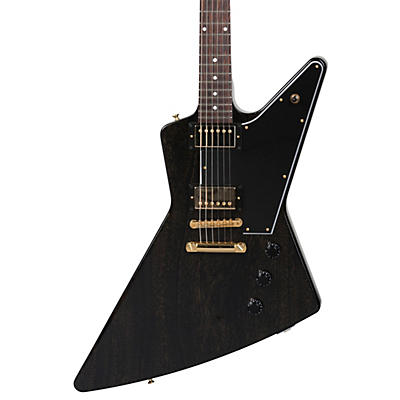 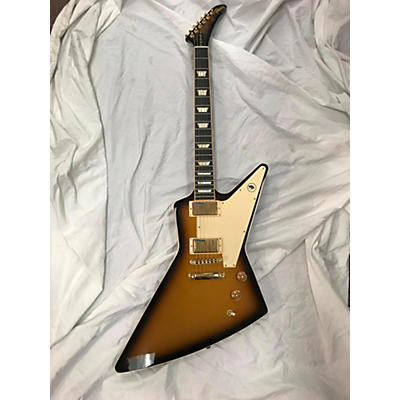 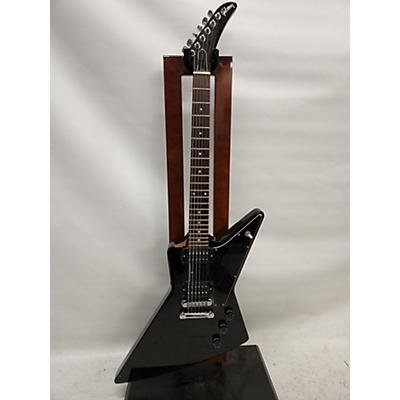 Originally released in 1958, the futuristically-styled Gibson Explorer turned out to be a bit ahead of its time. Intended as part of Gibson's efforts to modernize their solidbody guitar line, along with the Flying V, players instead tended to favor the more familiar Les Paul shape. The initial run was not a huge success, and production was discontinued in 1963 (the Flying V only lasted a year or so). However, by 1976, the Explorer's aggressive looks and meaty tone started to generate some popularity, especially among hard rock and heavy metal players, and other manufacturers started to produce their own variations of the design. Gibson began re-issuing the Explorer that year, and it has been in continuous production ever since.

In its original release, the Gibson Explorer featured a solid body carved from korina (an African tonewood similar to mahogany), with a set neck (i.e., glued-in, as opposed to bolted), also made from korina, with 22 frets and Gibson's usual 24.75" scale length. The early models featured a hardtail bridge, two volume and one master tone controls, and a pair of the then-newly-invented humbucking pickups, for a beefy, rich tone and loads of sustain. Because these guitars were not in production very long, their relative rarity and resurgent popularity have made them among the most valuable vintage guitars in the world today. Some of the players who helped the Explorer gain popularity include Eric Clapton in his early solo career, Allen Collins of Lynyrd Skynyrd, and ZZ Top's Billy Gibbons. Other famous users include U2's The Edge, and, of course, Metallica's James Hetfield and Matthias Jabs of the Scorpions.

Since the Explorer's re-release, Gibson has offered several variations on the now-classic design over the years, including slightly smaller versions like the Explorer Pro, and the Explorer 90, which was designed by Matthias Jabs, and had a body size that was 90% of the original. Today, there is a wide variety of Explorers available, from the tried-and-true mahogany body Traditional Pro to a more radical 7-string version; an extended-scale Baritone model; and even the Holy Explorer, with large portions of the body removed to produce an almost skeletal framework to support the neck and pickups. Also available are a stripped-down single-pickup Explorer Melody Maker, and, at the other end of the spectrum, the Robot Explorer, featuring Gibson's Robot Tuning System for automatic and instantaneous tuning adjustments, for a guitar that maintains optimum tuning stability, no matter how hard you rock or how hard the cold wind blows. No matter where your musical explorations take you, there's a hard-rocking Explorer that will get you there. Get one today and get going!