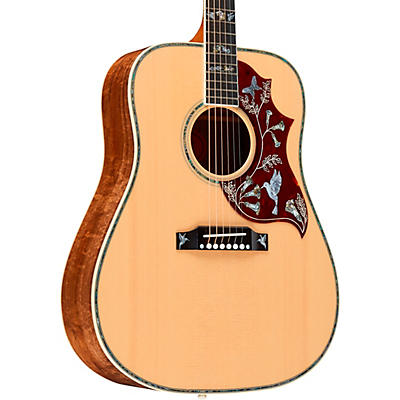 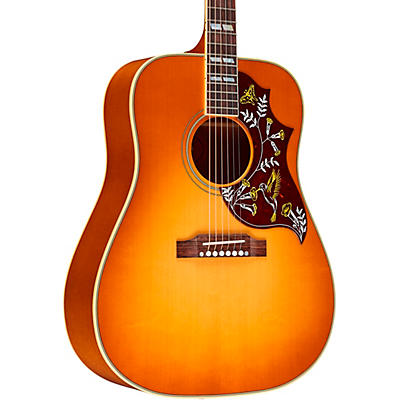 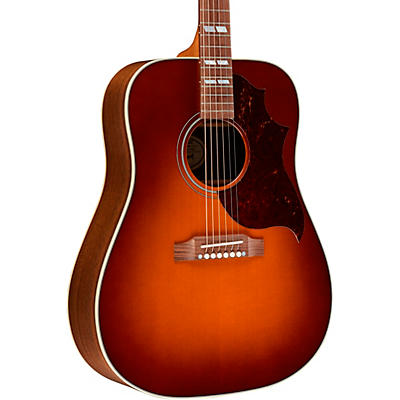 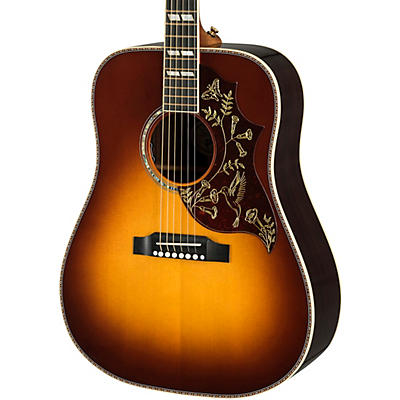 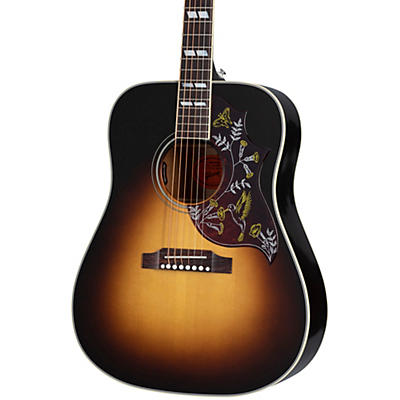 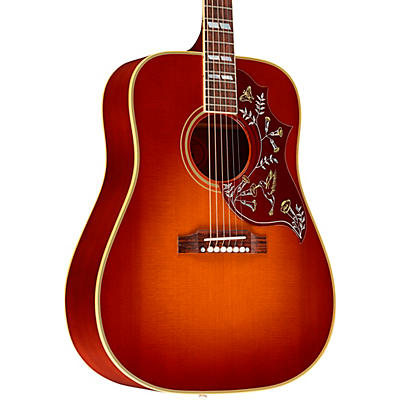 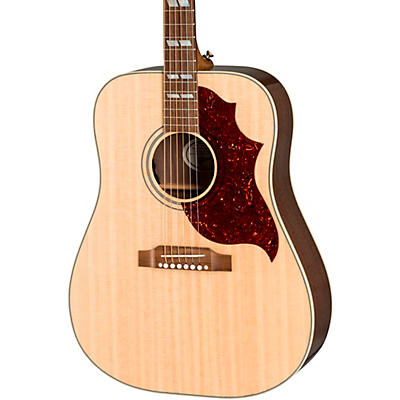 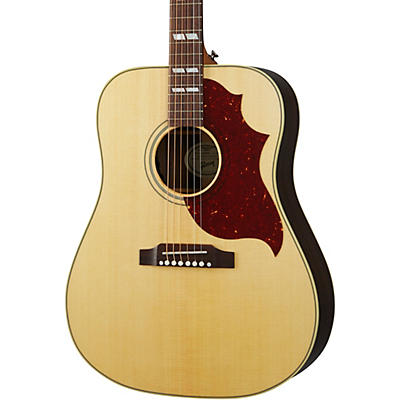 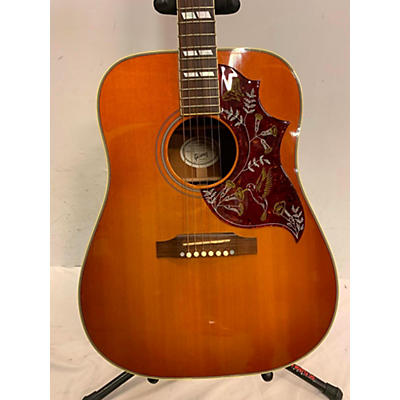 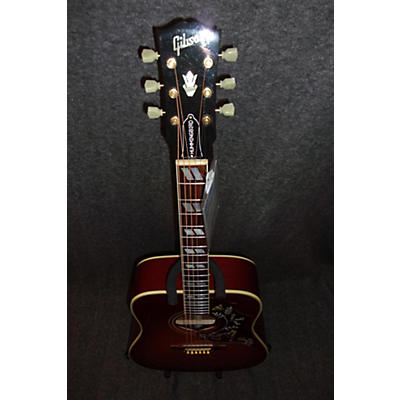 The Gibson Hummingbird acoustic guitar was first released in 1960, and has since become one of the top-selling acoustics in Gibson's catalog, favored by country pickers and rockers alike. A flat-top, square-shouldered dreadnought, the Hummingbird was originally designed to compete with Martin's more costly models, featuring neck and body binding, parallelogram inlays on the fretboard, and, of course, the distinguished etched hummingbird motif on the pickguard. With back and sides of mahogany and a solid spruce top, the Hummingbird produced a punchy, yet well-rounded tone that lent itself as well to bluegrass and country runs as to folk-rock fingerpicking, and even hard-rock riffing. Early adopters include the late country-rock pioneer Gram Parsons, whose Hummingbird soared with the latter-era Byrds and the Flying Burrito Brothers. One of Parson's brothers-in-arms was Keith Richards, who has used his ˜Bird since the early days of the Rolling Stones, on such hits as Not Fade Away and Angie. To achieve the overdriven power riffs on Jumpin' Jack Flash and Street Fighting Man, Richards dropped a cassette recorder microphone into the soundhole of his Hummingbird, and used the signal from that for the basic tracks! Other ˜Bird lovers include Led Zeppelin's Jimmy Page, who has used a Hummingbird on stage and in the studio, as has jazz master John McLaughlin, and, of course, Sheryl Crow is known for embracing her Country Western and signature models.

Today, due to its continued popularity, the venerable Gibson Hummingbird is available in a variety of configurations, from the updated Hummingbird Artist acoustic-electric, with an L.R. Baggs undersaddle transducer for plenty of plugged-in clarity, to the superbly crafted 50th Anniversary Custom models, available with rosewood or koa bodies and solid Sitka spruce tops, and featuring hide-glued top bracing. Other models include the updated Pro, with a simplified pickguard and advanced electronics; its sibling the Pro Cutaway, an acoustic-electric beauty with enhanced upper-fret access; the 50th Anniversary 1960 model, built to original specs; and the True Vintage VOS, which, among other features, boasts a hand-painted replica tortoise pickguard, cast in the original mold from the 1960s. What they all have in common is Gibson's vaunted attention to quality in materials and craftsmanship, and classic good looks that will turn heads as much as that deep, rich dreadnought tone. For over half a century, the Gibson Hummingbird has inspired pros and back porch pickers alike. Order yours today and hear why!