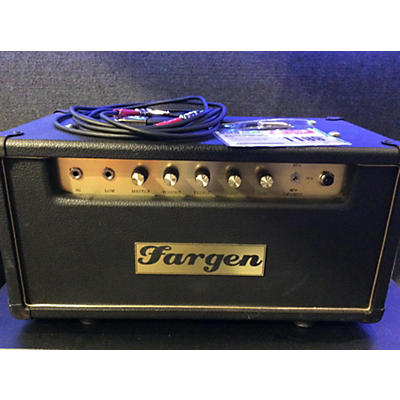 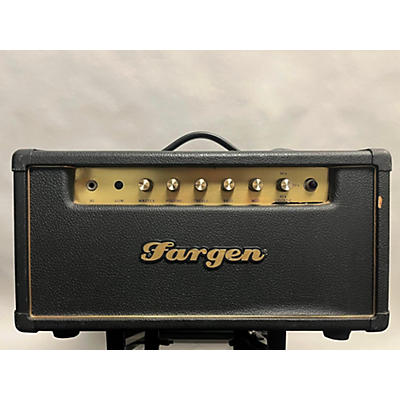 To many of the guitarists he's worked with, Ben Fargen is something of an amp wizard. It wouldn't even be an exaggeration to describe the sound of his guitar amplifiers as being like magic. Created by blending modern technical know-how with vintage styling and design concepts, Fargen amps look like something straight out of the 1960s. In reality, they made their debut in 1998 when Ben Fargen took it upon himself to outdo every amp builder he had ever met. Anyone who has played a Fargen amp would probably tell you that he succeeded. Fargen amps set the standard for boutique guitar amplifiers, hand-wired with a smattering of original components fine-tuned by Ben Fargen himself to deliver unparalleled sound quality. One of his most ambitious features is the "decade switch," which appears on the Retro Classic combo amp as well as the Mini Plex MKII and Olde 800 MKII in both their combo and amp head versions. More than your average preset selector, this switch takes your sound back through the years instantly. For example, the Mini Plex decade switch will give you the classic tone of the JTM 45, Plexi JMP and JCM 800.

Some of Fargen's amps take things a step further than even the decade switch. The FMICPH Micro Plex 5W Tube Guitar Head, for example, allows you to choose between six different power tubes to give you unmatched control over your sound. The AC Duo-Tone head, on the other hand, is purpose-built for vintage British sounds with custom parts to achieve the perfect level of chime and jangle. Match your Fargen guitar amp head with a cabinet such as the Micro Plex 1x12 Slant Guitar Speaker Cabinet or the Townhouse 1x12 cabinet and you're ready to rock in classic style.

When Ben Fargen set out to create modern amps capable of knocking his favorite vintage models off of their throne, he couldn't have known just how successful he would be at doing just that. Whether you build yourself a half-stack or go for a combo amp, you can count on a Fargen Amps guitar amplifier to sound every bit as great as it looks.