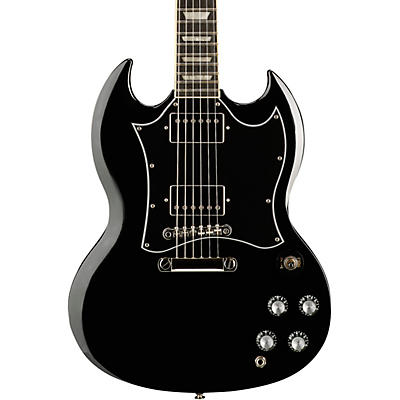 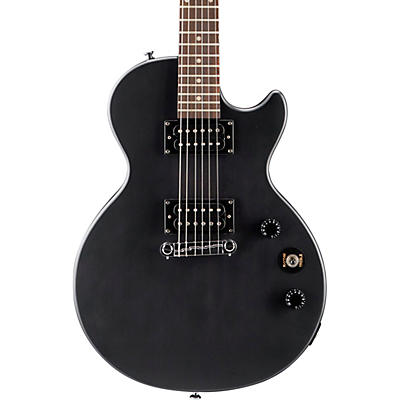 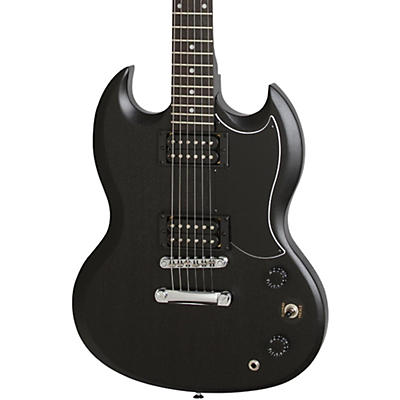 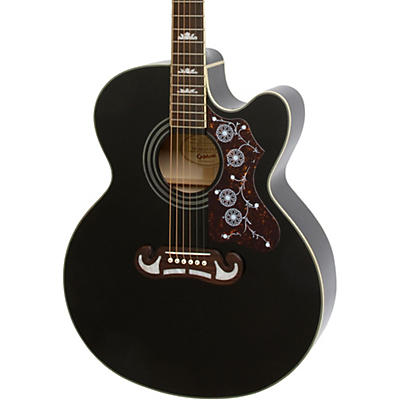 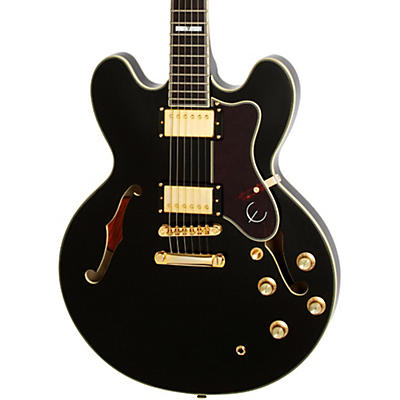 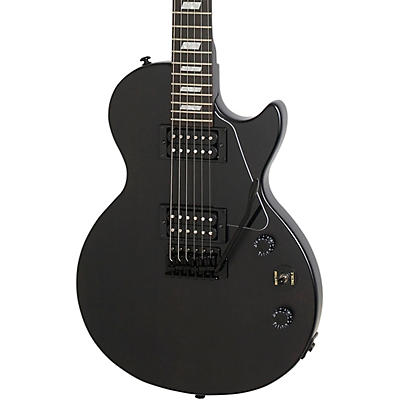 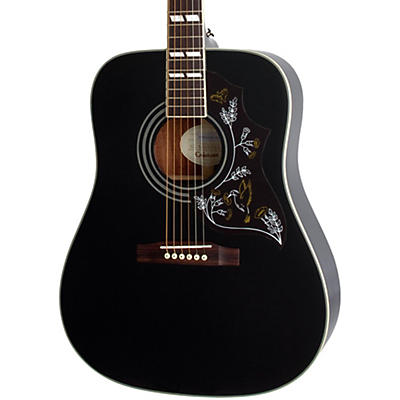 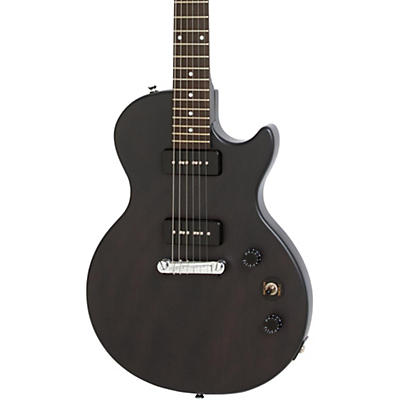 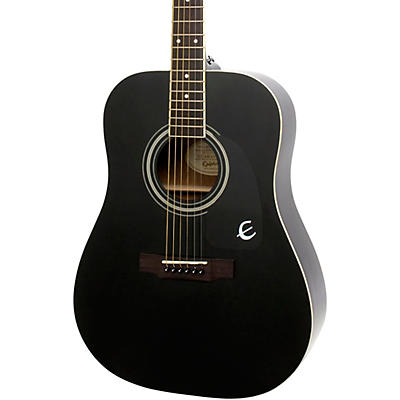 Black is a color that's synonymous with the Epiphone name. In fact, it was Les Paul himself that suggested black as the color for his new Custom guitar in 1954, since it not only looked "classy", but it matched well with the tuxedo he wore during live shows. From then on, countless other recording artists have made a name for themselves with black Epiphone guitars, including metal icon Tony Iommi, Jane Addiction's Dave Navarro, and Zakk Wylde.

With a simple glance at Epiphone's selection of black guitar models, you'll see quickly that there's plenty of options to suit different tastes and playing styles. For example, if a classic rock tone is what you're after, then go with the G-310. Whether it's warm distortion you crave or ear-piercing sustain, this guitar covers both thanks to the 2 hot-wired humbuckers, a stopbar tailpiece, and a chrome LockTone Tune-O-Matic bridge. In the acoustic department, check out the DR-100. Sporting a select spruce top and a mahogany back and neck, this guitar has a rich sound, stays in tune incredibly well, and overall it perfectly exemplifies Epiphone's focus on affordable quality.

Speaking of Zakk Wylde, did you know that he has an Epiphone signature model? With its unique shape that resembles a coffin, it's not hard to miss it. Boasting a sound that's as killer as its appearance, the Zakk Wylde Graveyard Disciple electric guitar is the same instrument that he played during the Peddle to the Metal tour. There's no doubt that Zakk Wylde is a one-of-a-kind guitarist, and this limited-edition guitar is sheer proof.

Somewhere at this very moment, a future star is sharpening their skills with a black Epiphone guitar, and with a guitar from this catalog, it could easily be you. As long as music fans have the drive and passion to play, Epiphone will continue to arm them with an axe that will hold up through a lifetime of practices and performances.