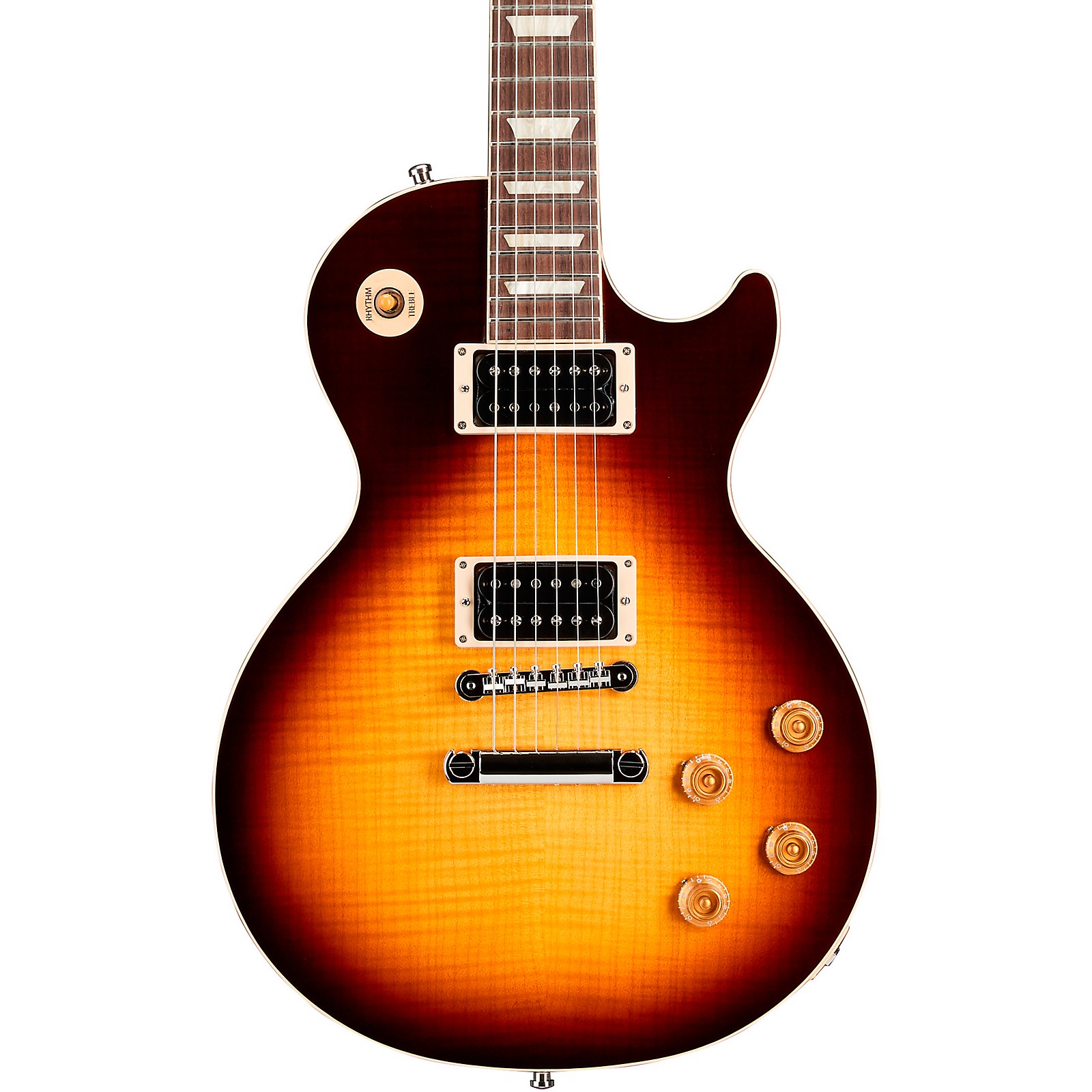 The new Gibson Slash Core Collection Les Paul Standard features a “best-of” list of Slash’s favorite elements from his personal stash of ’Pauls, both...Click To Read More About This Product

The new Gibson Slash Core Collection Les Paul Standard features a “best-of” list of Slash’s favorite elements from his personal stash of ’Pauls, both vintage and Custom Shop. It's Slash’s first signature model to include pickups of his own design—SlashBuckers. Other core features include a custom neck profile, a flame maple top with a stunning finish, color-coordinated hardware and more. If you’re a Slash fan (as we are), a Slash Core Collection Les Paul Standard might just become part of your own collection.

Slash began using Seymour Duncans on the first Guns album, and every Slash signature model has incorporated Duncans…until now. With these custom SlashBuckers, Gibson was able to capture Slash’s own version of the “woman tone,” warm and wailing. Riding the volume and tone controls produces more muscular, gritty sounds full of growl.

The mahogany neck is based on one of Slash’s vintage ’50s Les Pauls. The C-shape profile is dialed in to Slash’s exact specifications.

When it comes to flamed maple, Gibson has always been the king. A vintage Les Paul with a killer flame can command big, big bucks. The tops on the Slash Core Collection Standard are every bit as stunning.

Hard-core Slash fans have been known to get inked with Slash’s “Skully” self-portrait, but there’s no need with this Les Paul Standard—Slash’s drawing is behind the headstock. The truss rod cover sports his signature. The Core Collection Les Paul comes strung with Slash’s new Ernie Ball string set and includes four Slash Dunlop Tortex picks.

Slash has played Gibson Les Pauls since the very first Guns album. The Core Collection features every aspect of his favorites in one guitar. If you’re a Slash fan, or you’re looking for a ’50s-style Les Paul with vintage tones, stellar craftsmanship and a custom neck profile, we think the Slash Core Collection Les Paul Standard is one to consider. Slash said his hope is that guitarists will be “inspired” by the Core Collection. At Musician’s Friend, we think you will.
FEATURES