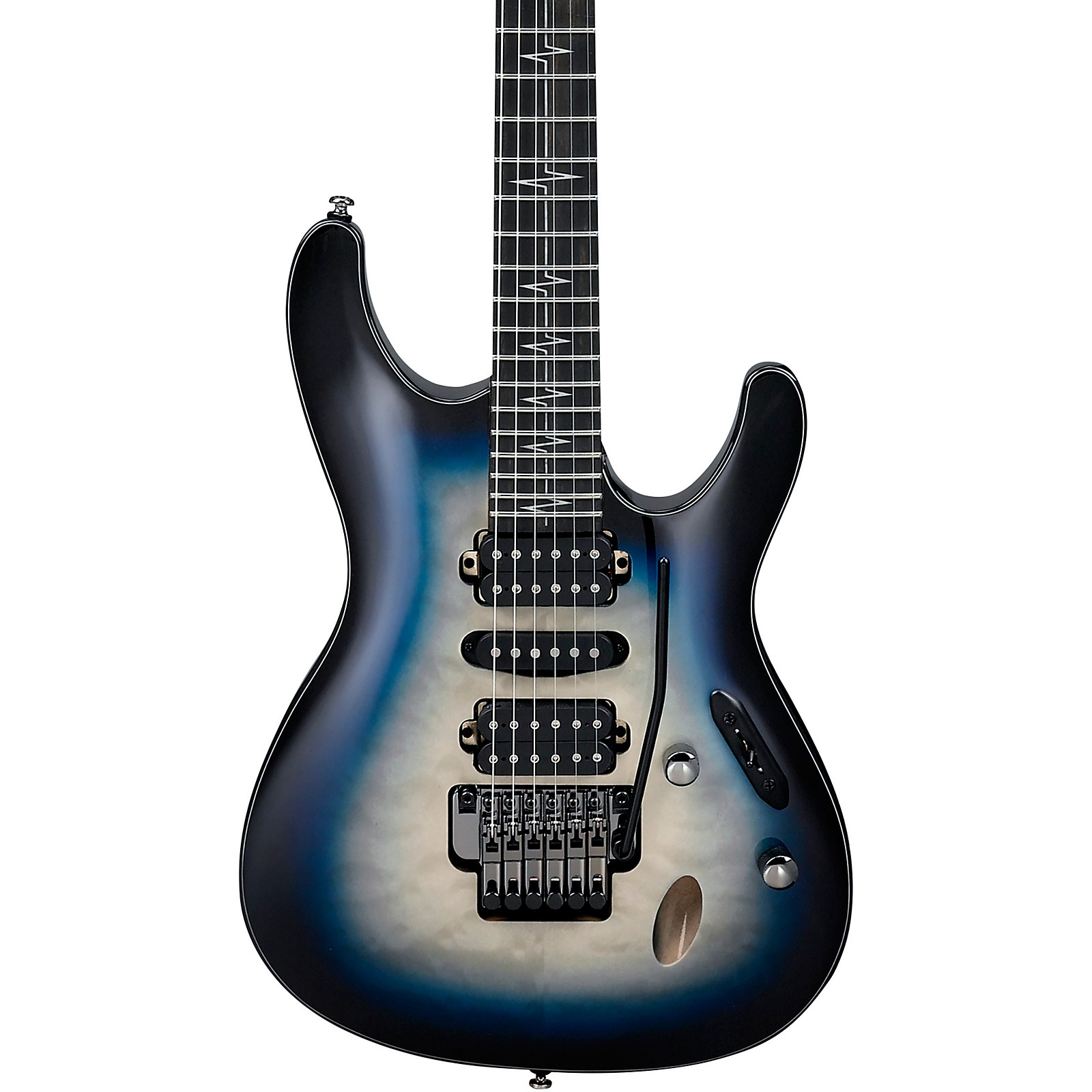 The launch of Nita Strauss' first signature Ibanez, the JIVA10, was a huge success. Shortly afterwards, Strauss approached Ibanez with the idea of cr...Click To Read More About This Product

The launch of Nita Strauss' first signature Ibanez, the JIVA10, was a huge success. Shortly afterwards, Strauss approached Ibanez with the idea of creating a more affordable version of the instrument. The result was the JIVA JR. Rather than just a "stripped-down" version of her popular guitar, Strauss decided to redesign the JIVA JR from the ground up. The resulting instrument is just as striking, but with a unique character, while still carrying many of the same features that made the original Ibanez release such a favorite.

With the same Ibanez S body shape as the JIVA10, the JIVA JR has a gorgeous quilted maple top over a meranti body. The fast, Wizard III profile maple neck is topped by a slick ebony fingerboard with 24 jumbo frets and Strauss' signature "Beaten Path" inlays. Designed for a fast, bright attack and serious sustain, it's a design that's meant for players who love to shred.

Tone that rocks and then some

Ibanez' Quantum series pickups are known for their quick bass response and exceptionally fast tracking of high-speed riffs, so they are a great choice for the JIVA JR's H/S/H configuration. The coil-split bridge and neck humbuckers combine with the 5-way pickup switch and middle-position single-coil to provide a huge range of tonal options, from mellow to funky to serious high-gain madness, as you'd expect from a player as versatile and accomplished as Strauss.

Grab ahold of the bar and go

Every serious shred guitar worth its salt demands a stable, solid whammy bar, and Ibanez' Edge Zero double-locking vibrato system won its reputation be being a workhorse over many years. With a huge range and extremely accurate return, this is a whammy system that can deal with serious pitch abuse. Sharing a Cosmos Black finish with the Ibanez tuners, it also does a great job of setting off the looks of the rest of the guitar.

For players who are fans of Nita Strauss, the JIVA JR is going to be a no-brainer. For guitarists who want to shred for less, this is also a super value-packed axe, with the tone and playability that just dares you to pull out your swiftest licks, get on stage and rock.
FEATURES

Shred like Strauss with an Ibanez signature. Order today.