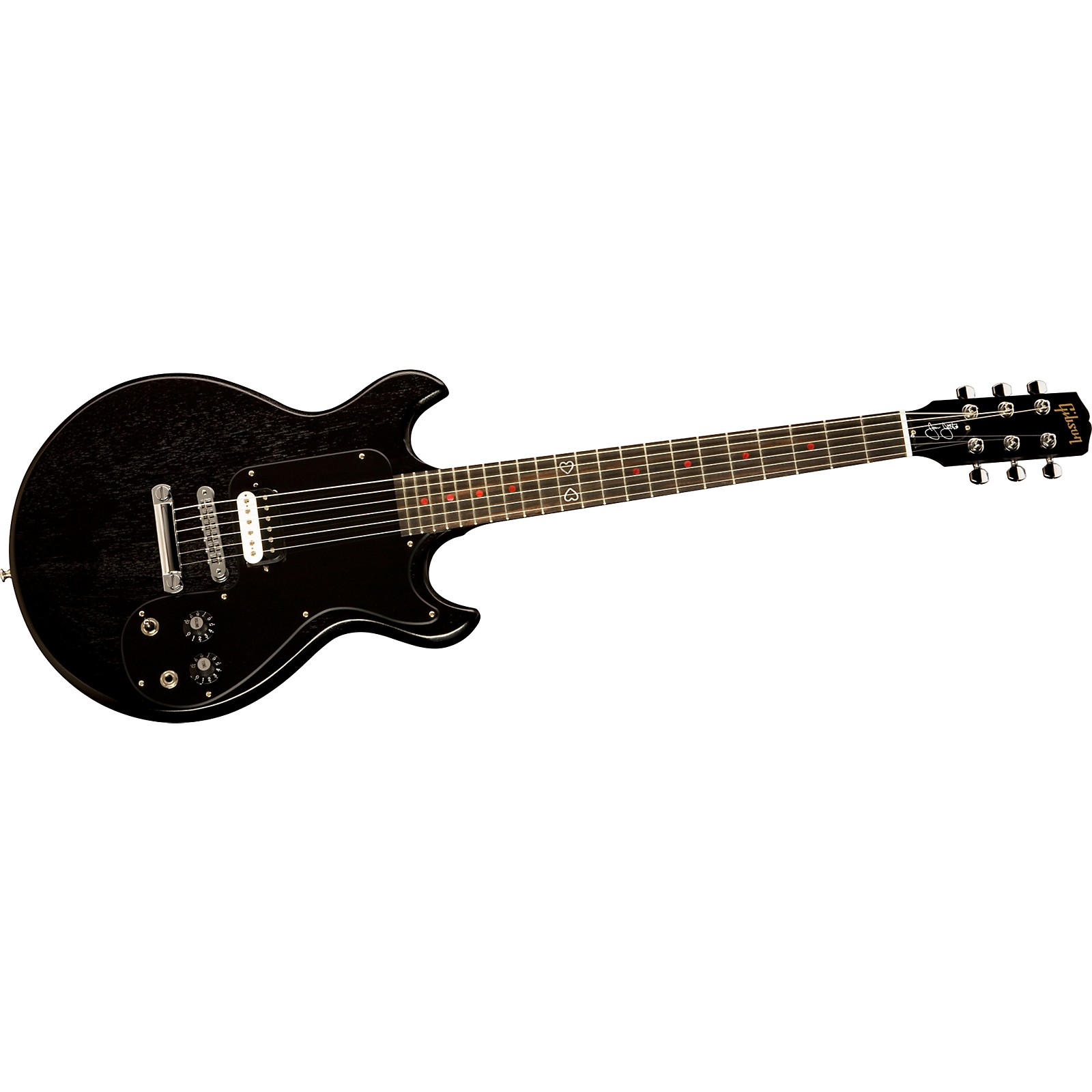 A simple, yet effective signature guitar that feels and sounds great!

Custom designed slim-tapered neck profile
The neck profile on the Gibson Joan Jett guitar, however, is crafted to the same specs as Jett's original electric guitar”a slim-taper profile similar to the Gibson Les Paul guitars and SGs of the mid to late 1960s. Add Gibson's Worn White finish to the back of the neck and the Melody Maker Joan Jett signature guitar neck is one of Gibson's most comfortable and playable.

Grover Gibson Les Paul-style mini tuners
These classic, innovative tuners offer the same design and ease of use as the original tuners on Gibson's Melody Makers from the early 1960s. The smaller buttons on the Joan Jett guitar afford more space for the fingers to tune the strings, the tuner housing is completely sealed, and a gear ratio of 14:1 delivers excellent performance and tuning accuracy to match the vintage Les Paul look.

"Kill" toggle switch
With only one pickup, the Double Cutaway Joan Jett Melody Maker electric guitar features a 'Kill' toggle switch, which effectively switches between the hot signal from the pickup and the ground signal, successfully 'killing,' or turning off the signal from the pickup when activated. Joan Jett uses this control to shut off her guitar when singing and not playing, or as an effect during a song.

Satin ebony finish
Applying a satin nitrocellulose finish to any Gibson guitar”including the Joan Jett Melody Maker”is one of the most labor-intensive elements of the guitar-making process, yielding some very satisfying results. This unique finish gives the Gibson Joan Jett Melody Maker the look and feel of a truly vintage electric guitar, also making it extremely playable and comfortable.

Get a comfortable guitar built to rock! Make the Joan Jett signature guitar yours today!