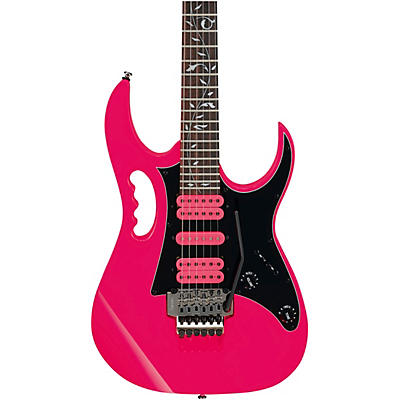 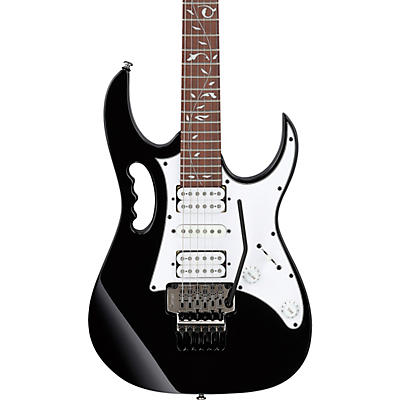 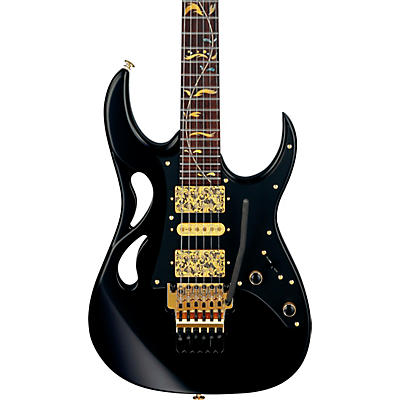 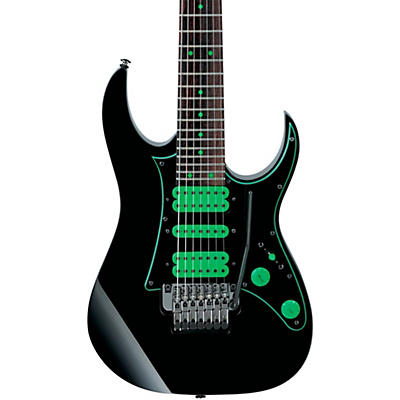 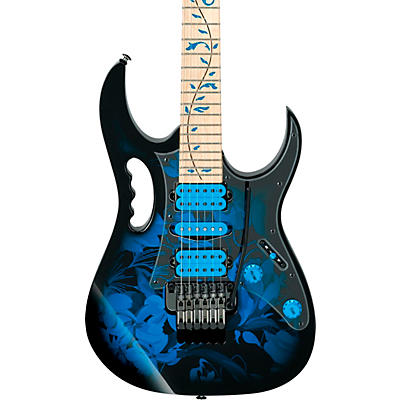 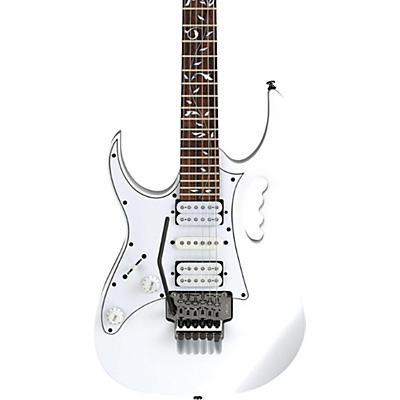 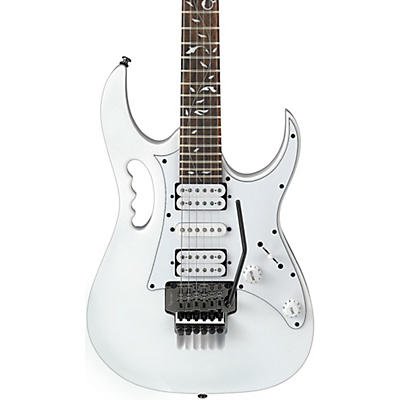 Steve Vai has been making headlines as one of the world's greatest guitarists since his early career in the 1980s, and his history of working with Ibanez goes back almost as far. It started with the release of the Ibanez JEM electric guitar in 1987, and that wasn't the only time Vai chipped in on an Ibanez design. The Universe came next, and as the first commercially-produced 7-string, is a pretty huge part of the Ibanez legacy. Since then, the selection of Ibanez Steve Vai electric guitars has continued to grow, and this section is where you'll find them in all their glory. So if you want to follow in Vai's legendary footsteps, you've come to the right place to make it happen.

For the most part, the instruments you'll find here are variants of the classic Ibanez JEM, and figuring out which one is the perfect fit for your playing style is a matter of taste - and of course, they've got some pretty stunning visuals to choose from as well, so you might want to think of your stage presence too! Take the Ibanez JEM77P Steve Vai Signature JEM Premium Series Electric Guitar for example: its blue-on-black floral motif is hard to miss. On the other hand, if you're looking for a more down-to-earth, affordable version of the JEM, check out the Ibanez JEMJR Steve Vai Signature JEM Series Electric Guitar for starters (or its left-handed version if you're a southpaw).

Want a real showpiece for your collection? Then take a look at the stunning Ibanez Steve Vai Signature Passion & Warfare 25th Anniversary Limited Edition 7-String Electric Guitar. It's a special edition of the 7-string Universe, launched in 2015 to mark the 25th anniversary of Vai's landmark solo album. Of course, if you'd prefer to go more low-key, there's also the standard-issue Universe to choose from. No matter which one of the Ibanez Steve Vai electric guitars makes it onto your wish list, the most important thing is that you're getting the one that's right for you - and the only one who can make the call is yourself.