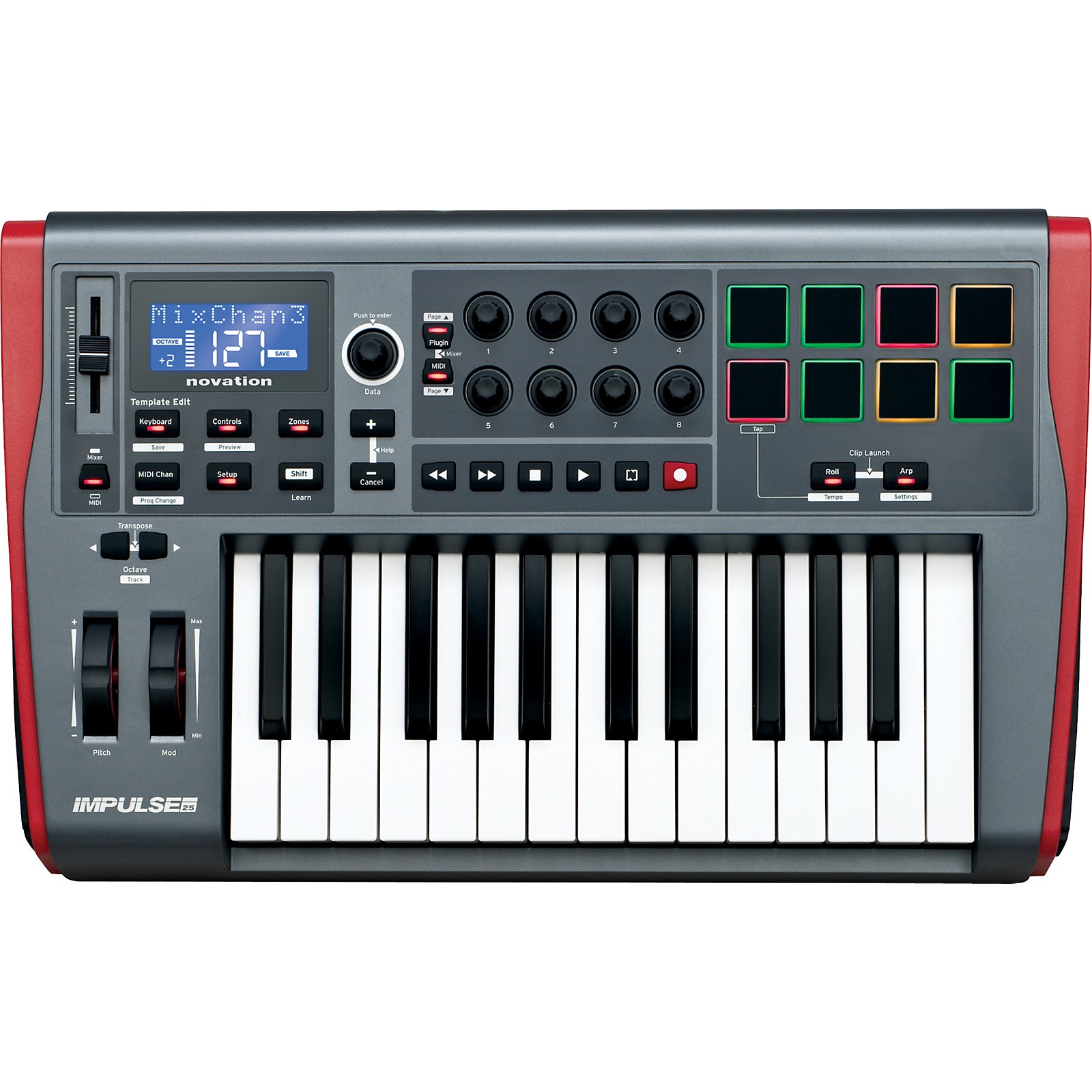 Novation's Impulse series are a range of professional USB/MIDI controllers. The Impulse 25 has a 25-key precision keyboard and full control surface p...Click To Read More About This Product

Novation's Impulse series are a range of professional USB/MIDI controllers. The Impulse 25 has a 25-key precision keyboard and full control surface powered by a brand new version of Novation's Automap control software - Automap 4 (which makes getting hands-on with your DAW/plug-ins fast and simple). Impulse also has 8 back-lit drum pads which can warp arpeggios, roll beats and launch clips in Ableton live.

Impulse has 8 drum pads which are velocity-sensitive - with aftertouch! These are back-lit with 3-colour LEDs which means they can do things other drum pads can't¦

Arpeggiator Warping
Impulse has a built in Arpeggiator which enables you to play a turn any chord into an arpeggio. The drum pads take this a step further by enabling you to warp arpeggios. By switching the 8 pads in or out you can change the rhythm of the arpeggio in real time (this works brilliantly with drums!) You can also change the speed, shape, syncopation and gate time of the arpeggio.

All Novation Keyed controllers and Launchpad Pro now come with a choice from 1 of 4 XLN Audio Addictive Keys VST. Available for new and existing customers, the Addictive Keys virtual instrument from XLN Audio is on the house when you register your controller keyboard. One full license per account gives you one Addictive Keys instrument. Pick from Modern Upright, Studio Grand, Electric Grand or Mark One.

Impulse will also work with other DAWs such as Studio One, Garage Band and FL Studio.
FEATURES