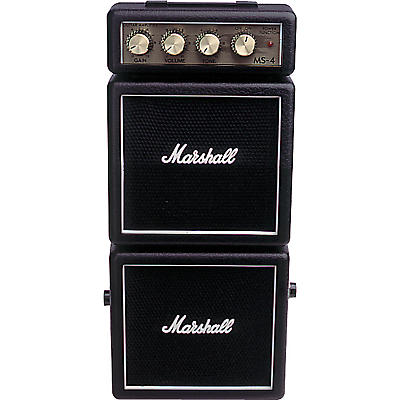 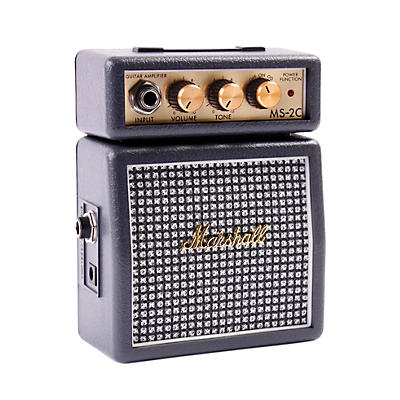 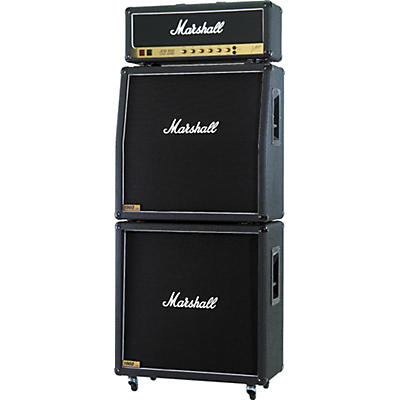 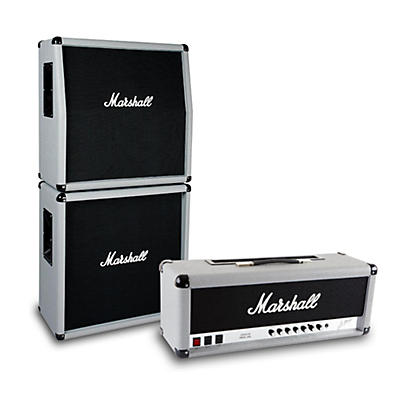 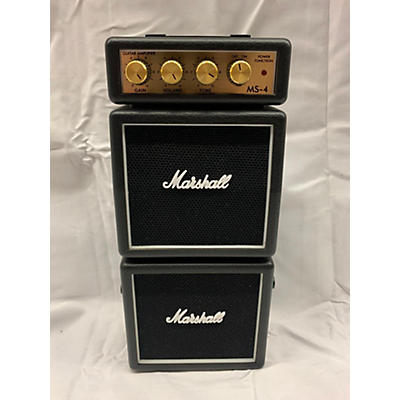 Jim Marshall is considered by many to be the father of the modern "stack." A singer and drummer, he also owned a small musical instrument shop in Hanwell, in the London Borough of Ealing. When it was founded in 1960, the focus was on drums and drum lessons. Several of his shop's customers went on to prominent careers in music, and some, such as Pete Townshend, Eric Clapton, session guitarist Big Jim Sullivan, and Ritchie Blackmore began to ask for the store to carry guitars and amplifiers, including some that were imported from America. These were very popular in England at the time, but also quite expensive. Seeing an opportunity, Jim Marshall began building amplifiers, starting with the 30W JTM-45.
The first Marshall stack was made at the request of Pete Townshend of The Who. First, he requested that Marshall build a 100W amplifier. Marshall was happy to oblige, and the Marshall Super Lead Model 1959 100W amp head was the result. Designed by Marshall's Dudley Craven and Ken Bran, it originally used four EL34 output tubes, or "valves" as they're known in the UK. The front panel was made from gold silkscreened plexiglass, thus leading to the nickname "Plexi" for these 60s era Marshall heads. The plexiglass panel was replaced with a gold colored aluminum one in 1969.
Townshend then asked Marshall to build a massive cabinet with eight 12" speakers to go along with the new Marshall Super Lead Model 1959 100W "Plexi" head. However, as you can imagine, the sheer size and weight of a speaker cabinet of that size made it impractical to move around, and an alternative was sought -- which led to the idea of using two smaller cabinets with four twelve inch speakers in each one, and then stacking one on top of the other to achieve the same overall size and speaker count as the single cabinet, but without the bulk, weight and associated hassles of the single oversized cabinet. Two different styles of 4X12" cabinets were introduced; a straight and an angled model that has the two top speakers angled so they project some of the sound slightly upwards. This is particularly beneficial when using a head with just one cabinet in what is known as a "half stack" configuration, since it makes it easier for the player to hear their own parts. In the traditional full stack arrangement, both cabinets are used together, with the straight cabinet on the bottom, the angled cabinet placed on top of it, and the head sitting on top of the angled cabinet.
Besides Townshend, some of the other early adopters of Marshall stacks include Eric Clapton and Jack Bruce of Cream, and Jimi Hendrix, but they were only the first of many; countless guitarists have relied on Marshall stacks, and the image of one is nearly universally recognized as a rock icon. Today, "stacks" are available from a variety of companies, but Marshall was first, and they continue to market several models in this classic configuration.