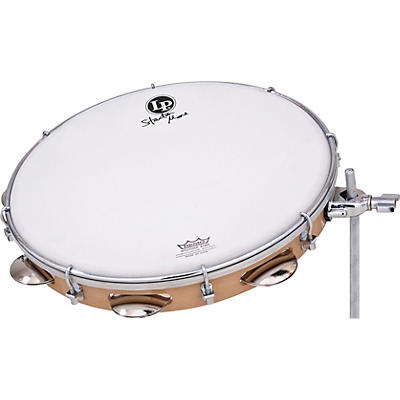 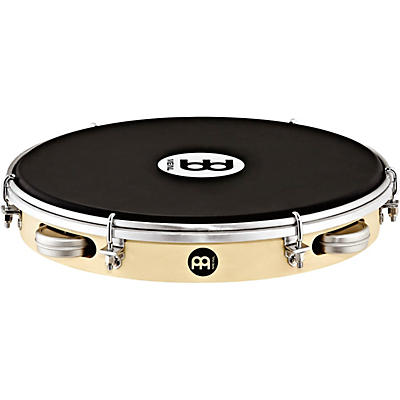 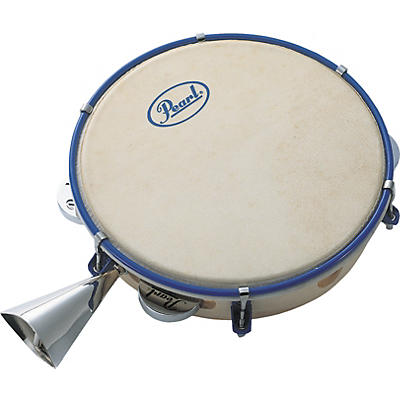 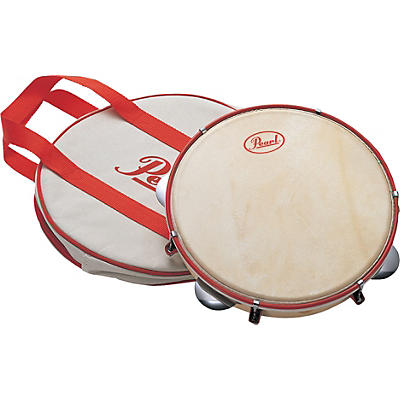 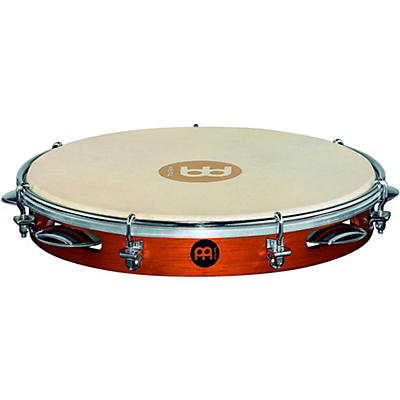 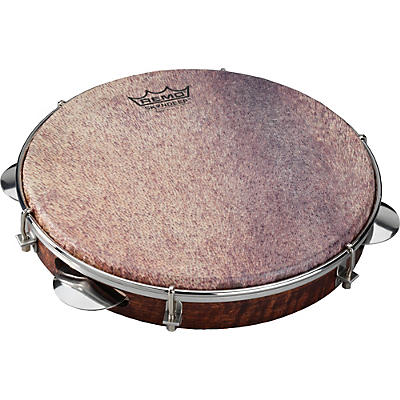 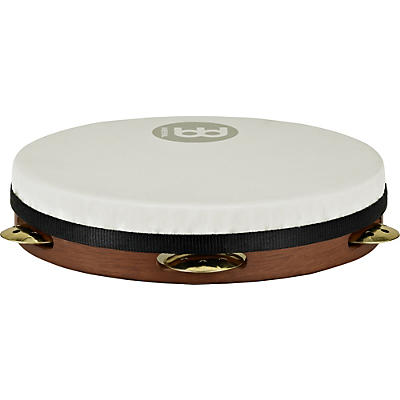 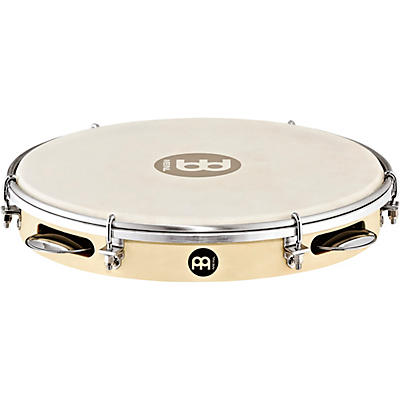 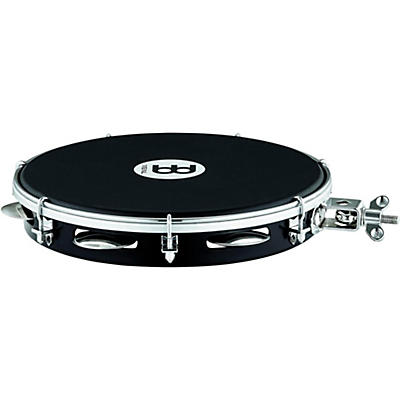 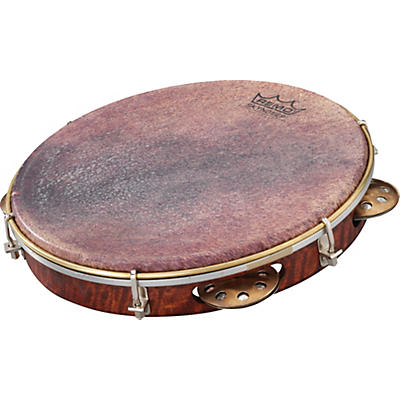 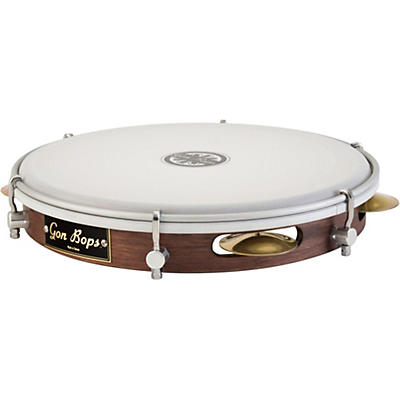 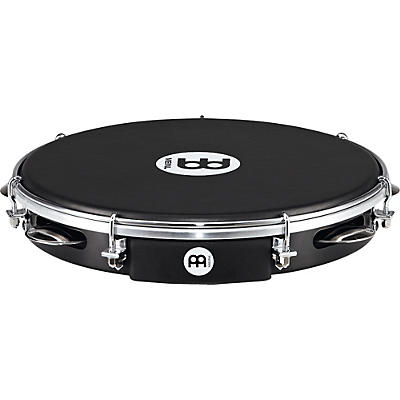 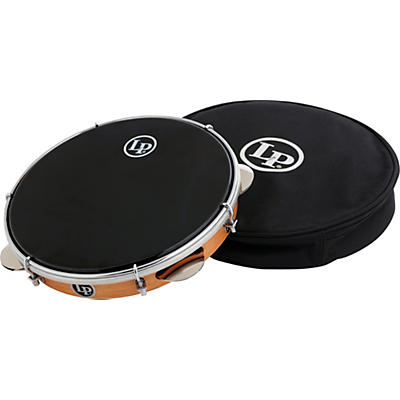 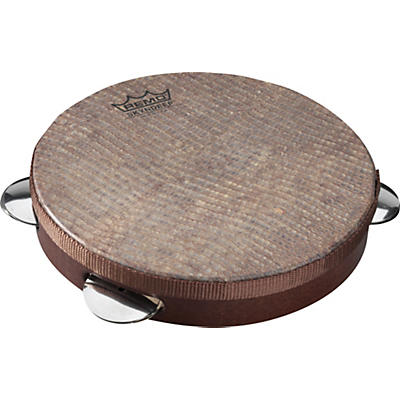 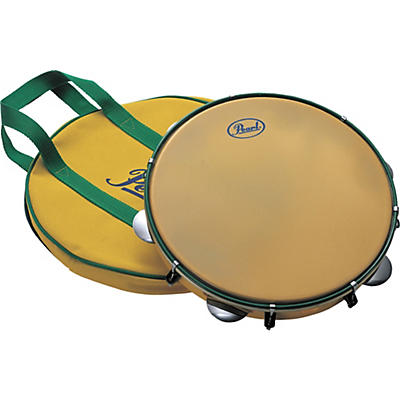 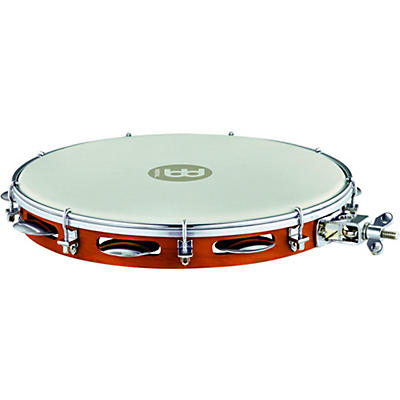 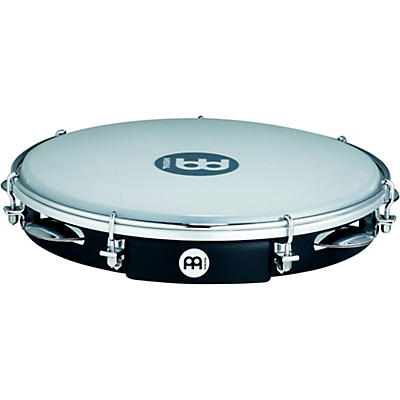 Both modern and traditional styles of playing the pandieros hand drum offer the percussionist a unique sound. This instrument may look like an elaborate tambourine but the tone and versatility tell you otherwise. Whether you're jamming in a world beat band or have the pandieros fastened to a mount, you'll enjoy a fresh sound straight from the streets of Rio de Janeiro. Originally a medieval instrument, the pandiero was played with a wooden stick in royal courts and in traditional religious ceremonies in Spain and Portugal and thus, made its way overseas with the conquistadors. Brazilian culture adopted the pandiero as one of its main celebratory instruments, eventually just playing the piece with their hands. It is widely found at Carnival every year as a result. Pandieros come with a fully tuneable rim that allows the drummer to customize to their preferred tone. The goat skin head is held in place by metal hoops to ensure they stay secure so the drummer can bring a Latin rhythm to life with ease. The jingles or â€˜platinelas' surround the drum head and offer a crisp shimmering sound alongside the hand drummed beat. The pairing of these two unique sounds blends well with many genres of music. The pandieros jingle is extremely clear and easily rivals the more muffled tone of a tambourine. With the correct mount, drummers can add this eclectic instrument to their kit for easy access. The percussive options of a pandiero are numerous; the array of Latin rhythms and beats are staggering. Whether you play it with your own two hands or are looking for a more modern interpretation by pairing it with your kit, the pandiero's clean finish and muted timbre can enhance any type of musical genre.