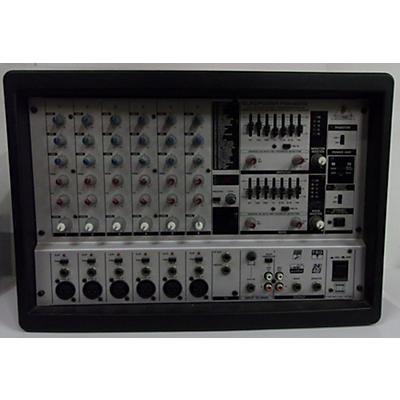 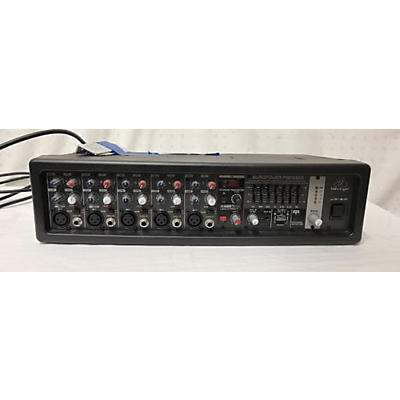 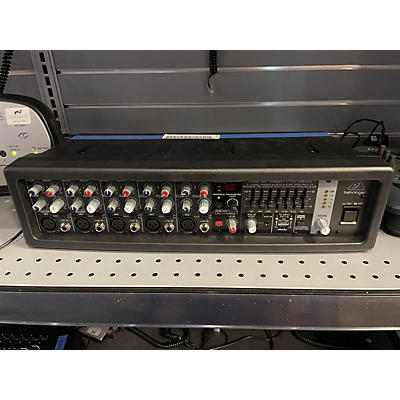 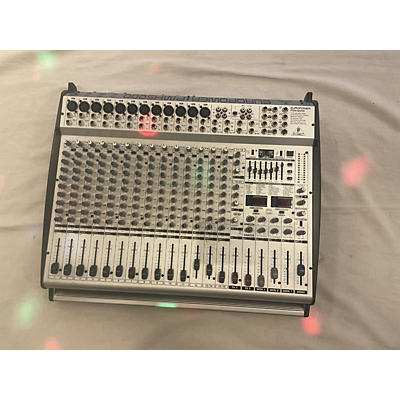 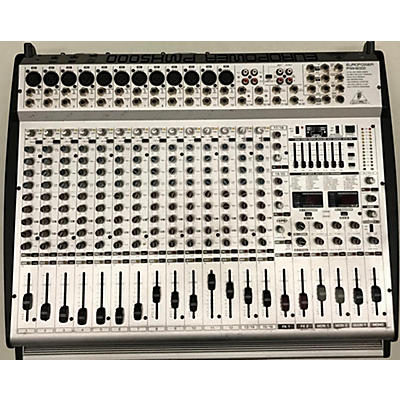 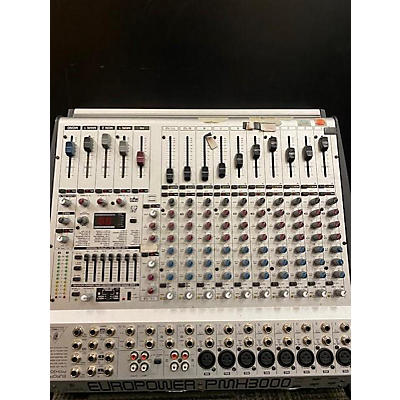 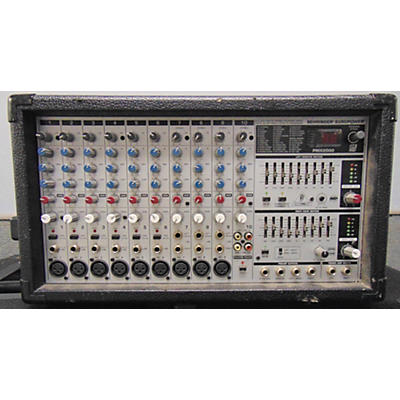 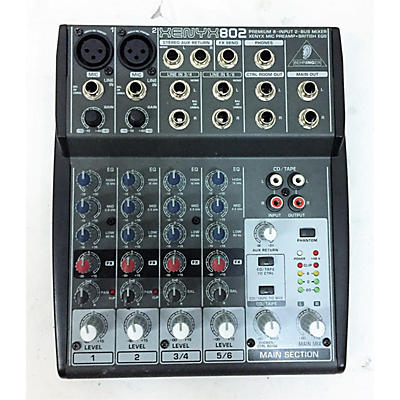 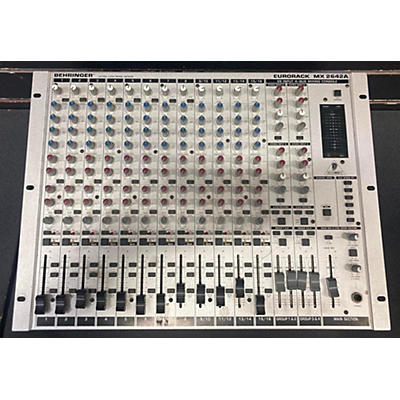 Behringer may have started on a kitchen table in 1989, but it didn't take long before they grew into one of the world's largest pro-audio companies. Today, the Behringer name can easily be found in studios and concert halls all over the globe, and their impressive lineup of powered mixers are constantly earning the praise of sound engineers. Within this section, you'll find compact 9-channel workhorses, 20-channel monsters and everything in between, all of which contain the same user-friendly operation and pristine sound quality that Behringer is so well known for.

Before deciding on a powered mixer, it's important to consider a few things, including how big the venue will be that it's needed for, and how many performers there will be onstage that require their own microphones. For example, if you're a coffee house owner who simply needs a dependable powered mixer for singer-songwriter circles or open-mic nights, you wouldn't need anything too colossal. In fact, for these situations, the Behringer EUROPOWER PMP2000 would be a perfect option. Easy to haul and even easier to use, this small-gig powered mixer delivers 800 watts of power through new-generation amplifier technology. Additionally, this lightweight 9-channel mixer features a studio-grade 24-bit stereo FX processor with 100 killer presets, including reverb, chorus, flanger, delay and more.

Now, if it's something larger that you're after, then check out the EUROPOWER PMP6000. Employing Class-D technology, 12 built-in XENYX mic preamps, 2 studio-grade 24-bit FX processors with 100 presets and FBQ feedback detection, everything about this 20-channel powered mixer is impressive. Additionally, the EUROPOWER PMP6000 gives you a choice of 2 x 800-watt stereo or 2 x 800-watt dual mono, providing a sonic versatility that stretches a wide range of applications, from folk trios to synth-prog-rockers.

One of the best things about today's powered mixers is that you don't have to be an experienced sound person to use them, and proof of that can be found in a powered mixer from Behringer. Whether you're a mobile DJ or a band who prefers to travel with their own setup, Behringer has a powered mixer for anyone who wants to share their music with an audience.