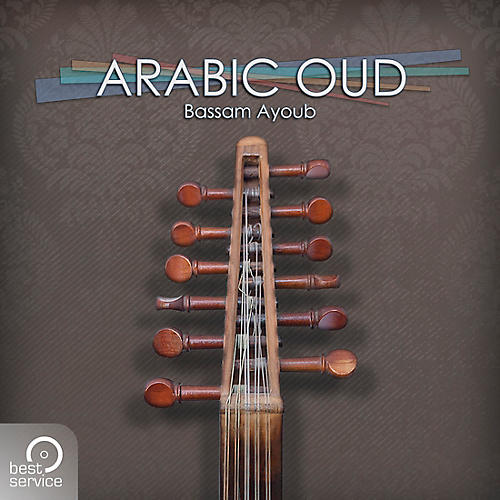 Join For Free
Share your location Order within 7 hrs 48 mins. 12 secs.
In Stock & Ready to Ship Orders placed before 3 p.m. ET usually ship the same business day (except weekends and holidays).
Ship to
Please enter 5 digits
Free Shipping Shipping and Delivery Times If we promise a delivery date and a delivery attempt is not made by this date, we will provide a refund of any shipping fees associated with your order. Questions? Call 800-449-9128
site1skuL73933000000000 true Change Location

Score with one of the oldest musical instruments.

Arabic Oud - "The Queen of Instruments"
In Arabic music, the Oud is considered one of the oldest musical instruments; in fact, in the Middle East it plays an important role in musical tradition. Although the origins of this instrument are uncertain, the popularity of the Oud has spread across the Mediterranean, North and East Africa and the Middle East, where it is still very popular to this day. In the Western World, the Oud is probably best known as the forerunner of the European lute.

The Arabic Oud Library was created in close collaboration with the renowned musician and Oud virtuoso Bassam Ayoub. Bassam Ayoub performed and recorded all playing variations with the main emphasis on achieving an authentic sound, both for melodic playing and rhythmic accompaniment.

The Arabic Oud offers breathtaking 39 articulations with velocity layers and up to 8 Round Robins and brings one of the oldest string instruments to life right under your fingertips. The versatile sound spectrum, which extends over a total of 3 recorded instruments, can enrich any kind of music and the integrated micro-tunings are very appealing to professional Maqam performers! Because of its wide range of playing styles, the Arabic Oud is ideal for both studio and live performances.

The Arabic Oud transports the sound of the Middle East into todays DAW-based production environment. The Engine Player's carefully programmed interface makes it really easy to work with the library, allowing you to be inspired by the sound of the Arabic Oud and unleash your creativity.
The Arabic Oud user interface gives you access to the most important and commonly used microtunings of oriental music: Bayati, Rast, Saba and Seka. Each tuning offers two variants (Normal and Syriac Church) as well as free choice of the root key.

The green Midi Song Keys above the playing area provide short Midi sequences which showcase the numerous playing possibilities of the Arabic Oud. (See the Info tab for more information about the correct speed and tuning for each midi performance)

Awaken the sound of the Arabian nights. Order today.