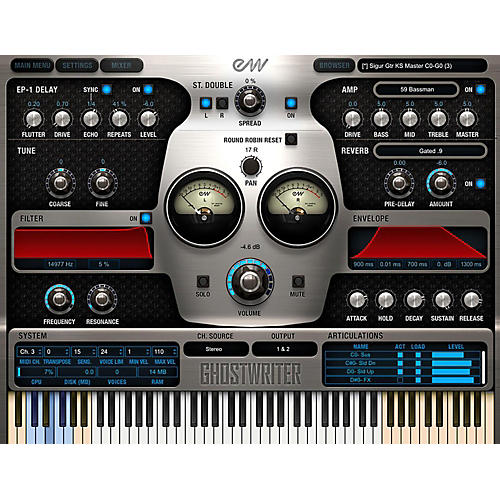 *Qualifying purchase (excluding gift certificates) must be one receipt. 6 month special financing excludes open box gear and cannot be combined with promotional coupons or manual discounts. No interest will be charged on the promo purchase if you pay the promo purchase amount in full within the promotional period. If you do not, interest will be charged on the promo purchase from the purchase date. Depending on purchase amount, promotion length and payment allocation, the required minimum monthly payments may or may not pay off the purchase by the end of the promotional period. Regular account terms apply to non-promotional purchases and, after the promotion ends, to the promotional balance. For new accounts: The Purchase APR is 29.99%; Minimum Interest Charge is $2. Existing cardholders should see their credit card agreement for their applicable terms. Subject to credit approval.
More ways to pay:
Loyalty Points Icon
Earn 1,200 reward points
($12.00 in credit)
Earn 1,200 reward pts.
($12.00 in credit)

Join For Free
Share your location Order within 7 hrs 48 mins. 12 secs.
In Stock & Ready to Ship Orders placed before 3 p.m. ET usually ship the same business day (except weekends and holidays).
Ship to
Please enter 5 digits
Free Shipping Shipping and Delivery Times If we promise a delivery date and a delivery attempt is not made by this date, we will provide a refund of any shipping fees associated with your order. Questions? Call 800-449-9128
site1skuJ38873000000000 true Change Location

Loaded with invaluable and inspirational tools for creating music.

One of the most eclectic and prolific artists in rock music, Steven Wilson has been writing, recording, and producing music continuously since the early nineties. Album releases and touring as leader of his band Porcupine Tree, and more recently as a solo artist, saw him gain a reputation for his songwriting, experimentation, and sonic excellence, resulting in many invitations to work with other artists. Among many things he has produced several albums for Grammy Award-winning Swedish metal band Opeth and he sung on UK drum and bass band Pendulum's UK number one album "Immersion". He started a solo career in 2009, and his most recent solo album "The Raven that Refused to Sing" was recorded at EastWest Studios with legendary recording engineer Alan Parsons at the helm. Wilson has become known for his 5.1 surround sound mixes, starting with his own projects, but more recently for remixing the catalogues of King Crimson, Jethro Tull, Roxy Music, XTC, and Yes, among others. His surround sound mixes have been Grammy nominated on four occasions, and he has twice won "Album of the Year" at the Surround Music Awards. Wilson is seen by many as the predominant progressive rock musician in the world today, and in 2012 he won "Guiding Light" at the "Progressive Music Awards" 2012, following this in 2013 with another win for best album for "The Raven that Refused to Sing".

For the first time ever, this new instrument presents some of Steven's most innovative sounds, as well as a selection of especially created instruments and replications of some instantly recognizable classic sounds originally created by other legendary producers and engineers. These organic and inspirational sounds can be used as part of the fabric of complex music productions, or as the basis for cinematic soundtrack-based music, providing a ready-made selection of sonic building blocks with years of expertise and sonic innovation already embedded in them. In addition some more straightforward and raw instruments are included, which can be manipulated via the powerful Ghostwriter instrument interface to create your own unique sounds.

Why Ghostwriter?
A ghostwriter is a composer who writes music that will be officially credited to another person. The concept of ghostwriting goes back centuries: Wolfgang Amadeus Mozart was a well-known composer paid to ghostwrite music for wealthy patrons. These days the sound design aspect of composing music has become as important as the notes, chords and rhythms, particularly in the creation of film, game, and television soundtracks, so while Ghostwriter won't write the music for you, it has been designed to be a "ghost" collaborator in the compositional process, an invaluable and inspirational tool for creating your music.