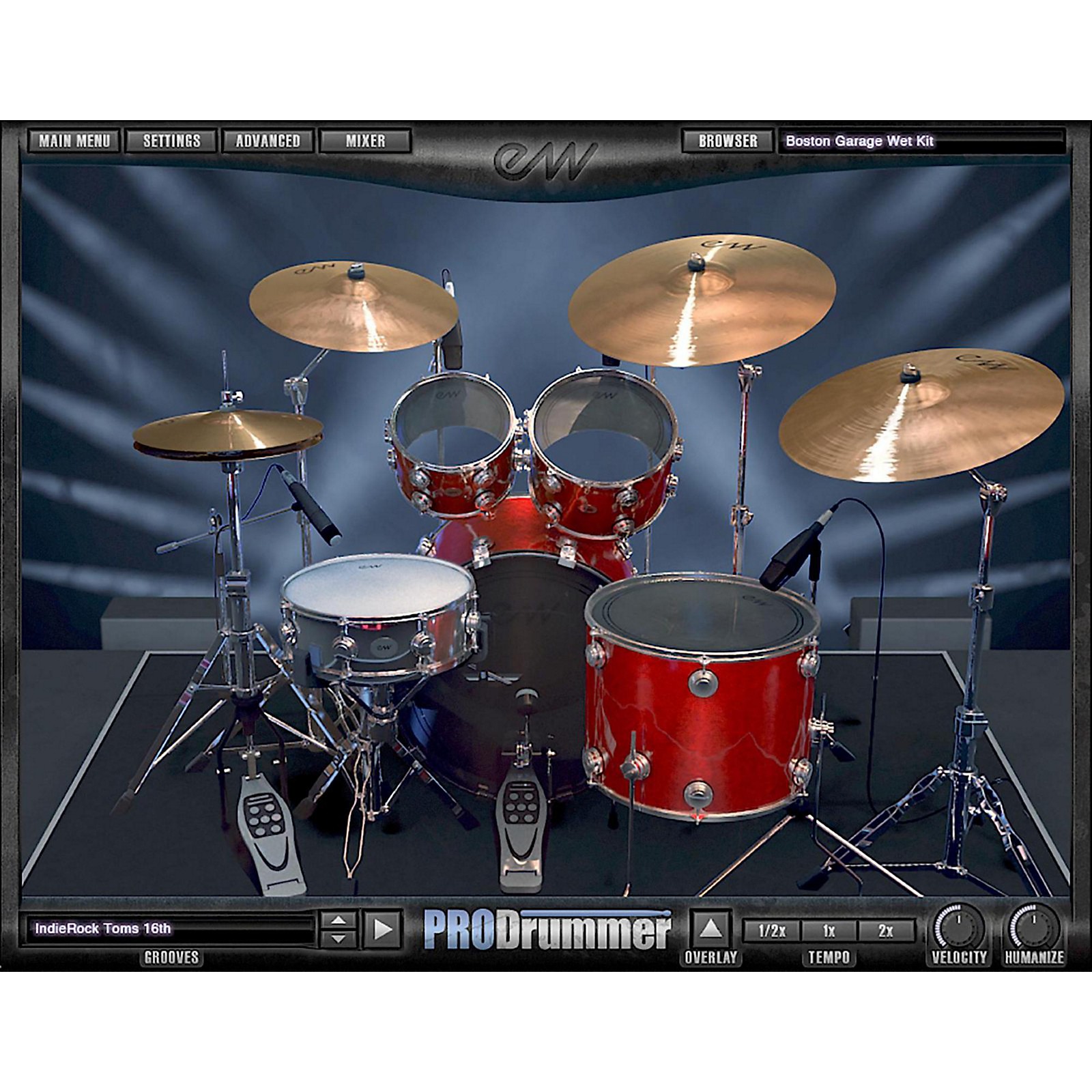 EastWest's ProDrummer™ not only includes professional drum sounds; the producers, who record and mix the biggest artists in the music business, have ...Click To Read More About This Product


Producer Joe Chiccarelli
Joe Chiccarelli is a producer, mixer and engineer who has worked with U2, Beck, The Killers, The Raconteurs, The White Stripes, The Strokes, Morrissey, Jason Mraz, Elton John, My Morning Jacket, Rufus Wainwright, Cafe Tacuba etc. Chiccarelli was a Grammy Award Winner for Best Alternative Album The White Stripes "Icky Thump", and Best Engineered Album The Raconteurs "Consolers of The Lonely". Chiccarelli has won a total of Ten “Grammy Awards” and received a Nomination for Producer of the Year in 2007 for The Shins “Wincing The Night Away".


Producer Doug Rogers
Producer Doug Rogers most recent virtual instruments productions include ProDrummer 1 with Mark “Spike” Stent and ProDrummer 2 with Joe Chiccarelli. Previously he produced Steven Wilson’s Ghostwriter with Steven Wilson; Hollywood Strings, Hollywood Brass, Hollywood Orchestral Woodwinds, and Hollywood Orchestral Percussion with Nick Phoenix and Thomas Bergersen; The Dark Side with David Fridmann; and Fab Four with Ken Scott. Fab Four and The Dark Side both won M.I.P.A Awards, judged by over 100 international music magazines. Rogers and EASTWEST are the recipients of over 70 international awards.