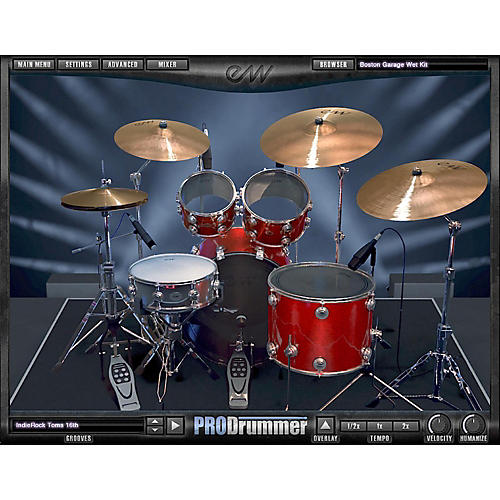 *Qualifying purchase (excluding gift certificates) must be one receipt. 6 month special financing excludes open box gear and cannot be combined with promotional coupons or manual discounts. No interest will be charged on the promo purchase if you pay the promo purchase amount in full within the promotional period. If you do not, interest will be charged on the promo purchase from the purchase date. Depending on purchase amount, promotion length and payment allocation, the required minimum monthly payments may or may not pay off the purchase by the end of the promotional period. Regular account terms apply to non-promotional purchases and, after the promotion ends, to the promotional balance. For new accounts: The Purchase APR is 29.99%; Minimum Interest Charge is $2. Existing cardholders should see their credit card agreement for their applicable terms. Subject to credit approval.
More ways to pay:
Loyalty Points Icon
Earn 1,200 reward points
($12.00 in credit)
Earn 1,200 reward pts.
($12.00 in credit)

Join For Free
Share your location Order within 7 hrs 48 mins. 12 secs.
In Stock & Ready to Ship Orders placed before 3 p.m. ET usually ship the same business day (except weekends and holidays).
Ship to
Please enter 5 digits
Free Shipping Shipping and Delivery Times If we promise a delivery date and a delivery attempt is not made by this date, we will provide a refund of any shipping fees associated with your order. Questions? Call 800-449-9128
site1skuJ38861000000000 true Change Location


Producer Joe Chiccarelli
Joe Chiccarelli is a producer, mixer and engineer who has worked with U2, Beck, The Killers, The Raconteurs, The White Stripes, The Strokes, Morrissey, Jason Mraz, Elton John, My Morning Jacket, Rufus Wainwright, Cafe Tacuba etc. Chiccarelli was a Grammy Award Winner for Best Alternative Album The White Stripes "Icky Thump", and Best Engineered Album The Raconteurs "Consolers of The Lonely". Chiccarelli has won a total of Ten “Grammy Awards” and received a Nomination for Producer of the Year in 2007 for The Shins “Wincing The Night Away".


Producer Doug Rogers
Producer Doug Rogers most recent virtual instruments productions include ProDrummer 1 with Mark “Spike” Stent and ProDrummer 2 with Joe Chiccarelli. Previously he produced Steven Wilson’s Ghostwriter with Steven Wilson; Hollywood Strings, Hollywood Brass, Hollywood Orchestral Woodwinds, and Hollywood Orchestral Percussion with Nick Phoenix and Thomas Bergersen; The Dark Side with David Fridmann; and Fab Four with Ken Scott. Fab Four and The Dark Side both won M.I.P.A Awards, judged by over 100 international music magazines. Rogers and EASTWEST are the recipients of over 70 international awards.