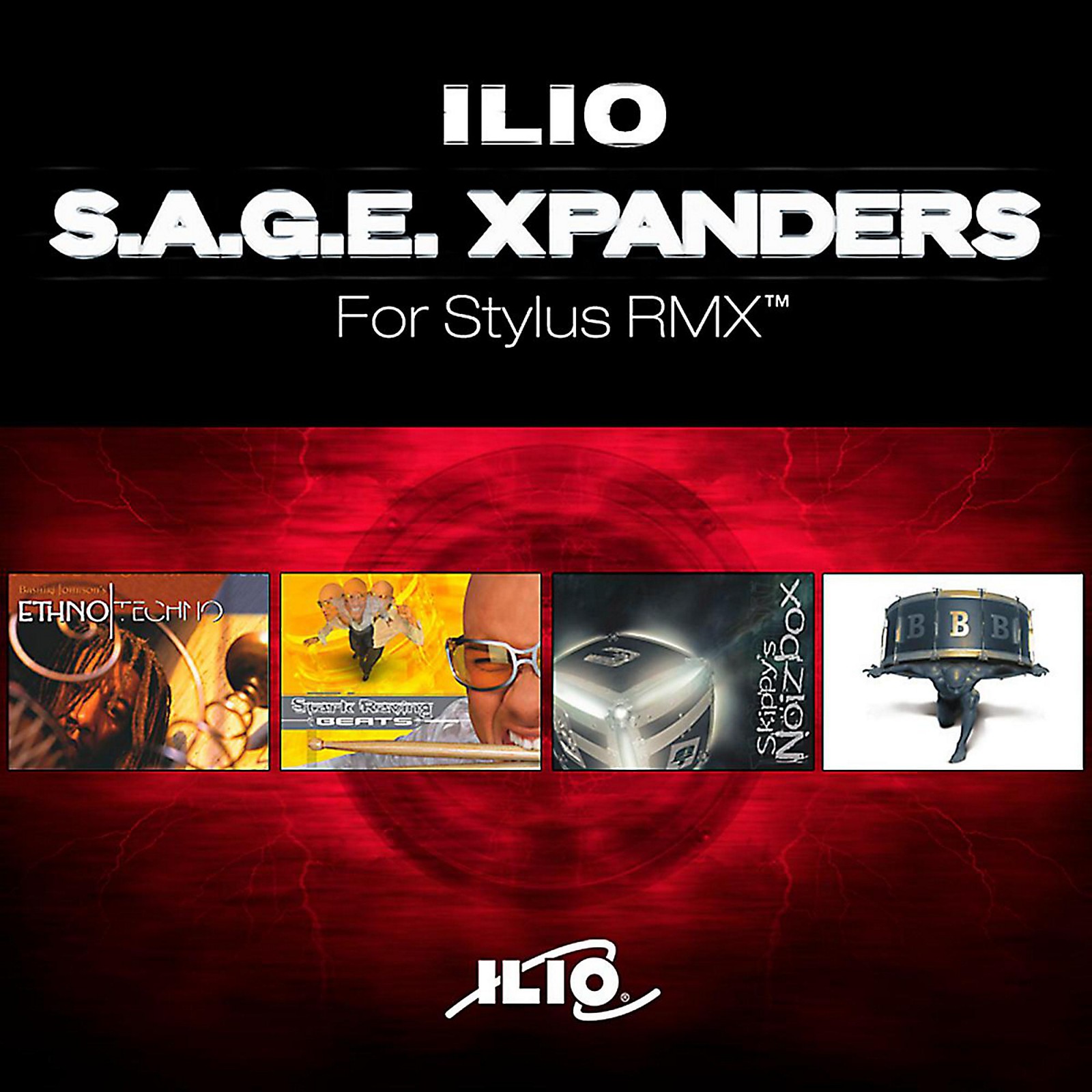 Stylus RMX is one of the most intuitive and powerful, loop-based virtual drum machines available, and this extended collection of Groove Control libr...Click To Read More About This Product

Stylus RMX is one of the most intuitive and powerful, loop-based virtual drum machines available, and this extended collection of Groove Control libraries from ILIO is something that every Stylus RMX user will want to have. These four S.A.G.E. Xpanders are based on award-winning collections from ILIO and can be easily added to Stylus RMX's already massive core library. Now you can get all four ILIO Xpanders together in one complete bundle.

Ethno Techno - S.A.G.E. Xpander - Creative Live Percussion Grooves
A masterpiece of groove innovation. Bashiri Johnson (Whitney Houston, Miles Davis, Madonna, Saturday Night Live) applies his amazing talent for feel and sonic discovery to this entirely original groove library. Ethno Techno features rare instruments and unheard of rhythms and textures. From broad and spacious ambient explorations to radical heart-pounding beats, all have a unique organic flavor that sound great on their own, or as added spice to grooves from any of the other S.A.G.E. Xpander titles. Produced, mixed and remixed by Eric Persing.

Stark Raving Beats - S.A.G.E. Xpander - Intense Multitrack Live Grooves
Fast and Furious! This library features aggressive live drums, wild percussion and tricked-out remixes. The original groove tempos start at 105 BPM and accelerate to a heart-pounding 170. Each groove is split out into several isolated multi-tracked elements, a first for live drum grooves! Swap snares, kicks, hats, and toms between grooves at will. Great for remixing, producing, film scoring, and creating your own amazing "live" grooves from scratch!