true
We are happy to accept your order at MusiciansFriend.com and also through our Call Center. Like most retailers at this time, due to COVID-19, we may experience shipping delays on some orders. We’ll do all we can to get your gear to you quickly.
Pre-Order
true Zoom tier2 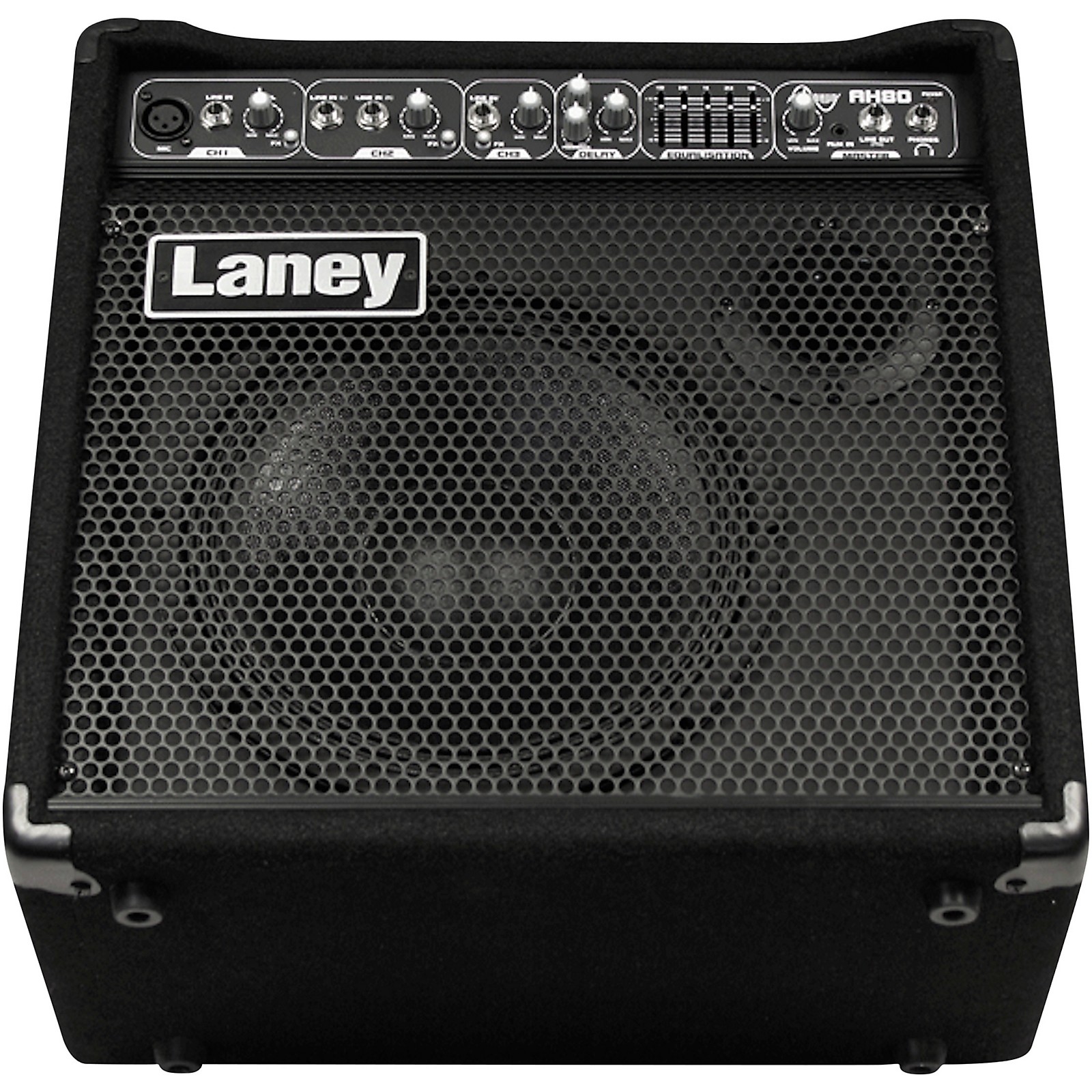 The AH80 multi-input combo is designed for acoustic guitarists, keyboard players, electric bassists, e-drummers, vocalists and if you like to play it...Click To Read More About This Product

The AH80 multi-input combo is designed for acoustic guitarists, keyboard players, electric bassists, e-drummers, vocalists and if you like to play it mostly clean, electric guitarists. In other words, it was designed for you. It features 3 channels, a 5-band graphic master EQ and digital delay and 80 watts RMS power. This versatile front end is coupled to a 10” woofer and bullet tweeter, making for a compact and great-sounding amplifier that works in a broad range of music environments.

Acoustic guitar sounds bright and clear, as do vocals. You can plug a microphone into the XLR input and a guitar or keyboard into another and use the AH80 as an all-in-one practice or performance PA system. In a band context, kick it back on its tilt legs and use it as a stage monitor. Almost any musician can find a use for the AH80.

Flexible
The AH80 has 3 independent channels and can accommodate a variety of input options simultaneously via XLR, Jack and Mini Jack connectors. In addition, the front panel features a Line Out to link to another amplifier plus a Phones jacks for silent use. A 5-band Master Graphic EQ allows for detailed, efficient control of tone shaping, and an onboard Digital Delay with comprehensive control over Delay Time, Feedback and Level. The delay can be assigned individually to each channel.

Cab Design
The AH80 features a dual-position cabinet design so can be used as a conventional stage combo or in ‘kickback’ position as a monitor.

Order today and get a multi-function amplifier for almost any instrument.